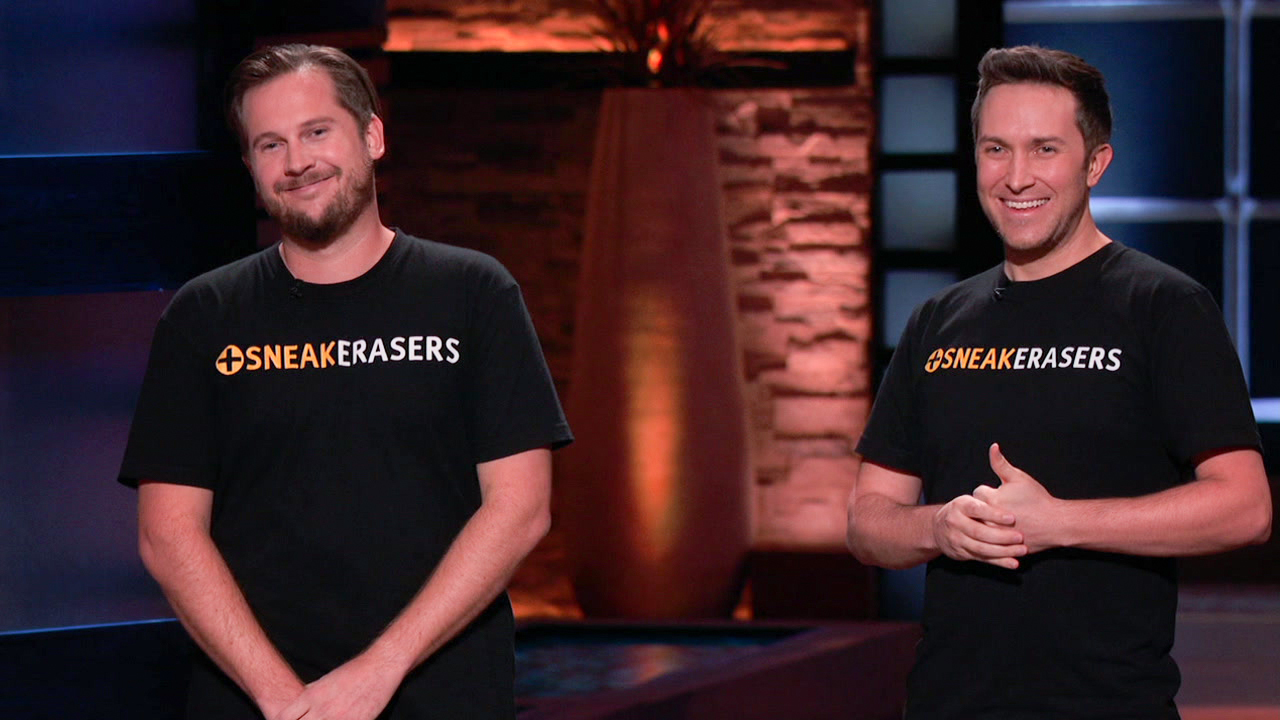 When you look back at your college years, some of the most memorable times are when you meet the people who will be part of your life forever. For Kevin Consolo, BBA ’07, and Chris Pavlica, that serendipitous moment came freshman year when they lived two doors down from each other in Tiffin Hall.

As Consolo tells it, they were “two kids from Ohio with similar interests.” Pavlica saw Consolo putting away his golf bag and they clicked over their love of sports and a similar sense of humor. “We’re still not friends,” Pavlica joked.

One other common interest that fueled their friendship was an entrepreneurial spirit. From their days at Ohio University to a recent appearance on ABC’s Shark Tank, Consolo and Pavlica have always shared a drive to succeed and a mutual dream to come up with an idea that would lead them to success.

“When we were in college, we were up late trying to come up with the next million-dollar idea. We lived in Bromley Hall on the ninth floor. We’d come up with awful ideas that seemed good for 24 hours,” Pavlica said.

Consolo originally planned to major in journalism, but due to the competitive nature of the program, he started in the College of Business where he fell in love with the creative side of advertising agencies.

“I think the College of Business is such a great well-rounded background that takes you into your career and your passion,” Consolo said.

While Consolo focused on business, Pavlica was a telecommunications major in the Scripps College of Communication. Consolo reflected on their time as roommates and remembered how Pavlica was dedicated to his craft, staying in working on films rather than going out with friends.

“He’s always been the same way,” Pavlica said of Consolo. “We play off each other. We have the same work ethic.” That diligence has continued to serve Pavlica well as five years ago he came up an idea for a business venture that would prove to be a success.

Pavlica was preparing for a pitch meeting with executives at Coca Cola when he discovered that the sneakers he had packed to wear at the meeting had gotten marked up in his luggage. Grabbing his smart phone, Chris tried to find a quick fix to clean his white shoes. The best option he found was hand sanitizer on a paper towel in his hotel room.

The results were passable for his meeting, but Pavlica realized this could be that elusive idea he and Consolo had dreamed about pursuing years ago. When he got back to LA, he called Consolo to tell him he had an idea that could be the one.

They spent the next year and a half developing SneakERASERS, which is a durable dual-layer sponge that includes a special formula to help the user wipe away dirt, scuff marks, and other grime. It comes in a single pre-moistened pack for cleanings on the go, or they sell a dry version in a cost-effective 10-pack for use at home or anywhere you have access to water.

While other sneaker cleaning products exist in the market, Consolo and Pavlica said SneakERASERS is the best way to clean shoes.

“We created it to be denser and more compressed and added other layers. It also has a super-soft shammy layer that cleans sensitive materials on shoes,” Pavlica said. “It works like a pencil eraser and naturally disintegrates as you use it.”

As they started to see success in retail and talked to buyers from the automotive parts and sporting goods industries at trade shows, an idea began to take shape that they could change the composition and design of SneakERASERS to create new products. That was the impetus for their company, FTI Brands, to develop their other products, AutoERASERS and GolfERASERS.

They were thrilled with how it turned out as two of the Sharks, Lori Greiner and Alex Rodriguez, offered them a deal — a $200,000 investment for a 20% stake in SneakERASERS. The two baseball fans felt like they scored a home run by striking up a deal with Greiner and Rodriguez, a dream team of retail and connections in the business world. Greiner, the queen of retail and queen of the shopping channel QVC, and Rodriguez, a former New York Yankee turned business mogul, were the two Sharks they hoped to snag.

Since their episode aired, a couple of their products sold out on Amazon and Walmart.com, and Pavlica will make an appearance soon on QVC before Father’s Day. Consolo and Pavlica are excited to capitalize on their Shark Tank appearance, and they are working as quickly as they can to continue to expand.

“I feel like we’re just scratching the surface on our retail partners and channels. There are so many questions we get from customers that ask, ‘How do we buy this?’ We want to explore selling our products in other countries and selling through other retail channels,” Consolo said.

Even with their success, Pavlica and Consolo still look back at their time in Athens and the experiences at Ohio University that shaped who they became.

“Almost every day I think about Ohio University. This is a little bit of that sales class where we had to learn how to close,” Consolo said. “You pull a little bit from every experience. You might not remember each test or lecture, but you gain a little experience and knowledge from every class. You have to wear all these different hats each day. The College of Business gave me a good background to switch from operations, logistics, sales, inventory management, and presentations.”

What started over a mutual love of golf and the luck of being two doors down from each other in Tiffin has led to a lifelong friendship and a successful business venture that they once dreamed of turning into reality.

“We complement each other so well. We face so many hurdles and roadblocks every day,” Pavlica said. “It’s so time consuming, but we love it. It’s been an awesome ride.”

Click here to read more about Consolo and Pavlica.