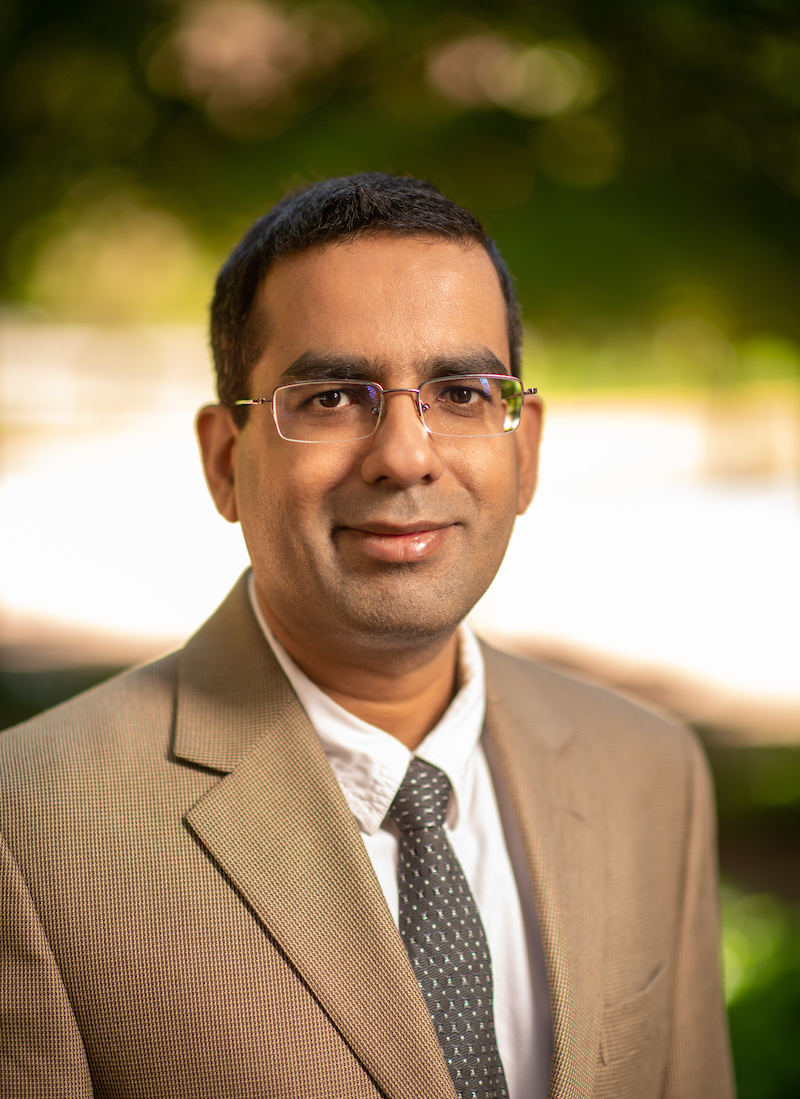 The CAREER program gives the NSF’s most prestigious awards to support early-career faculty who have shown potential to serve as academic role models in research and education as well as lead advances in the mission of their department. Sharma has been with OHIO since 2015, and was recently notified that his tenure application was approved for Fall 2021 and forward.

“The NSF CAREER Award is an important recognition at the early stage of your academic career,” Sharma said. “It is an amazing feeling to be among the researchers in the United States who have received the CAREER Award. It is a great honor.”

The award funds will help Sharma investigate, using computer models, how surfactant molecules are able to pack in high densities on the surfaces of metallic nanoparticles.

Nanoparticles are about 1,000 times smaller than the width of a human hair, Sharma explained. Because of their small size, metallic nanoparticles have quite distinct optical, thermal and electrical properties, and so have found numerous applications, including in bioimaging, photothermal therapy and drug delivery. Furthermore, nanoparticles are used to improve the performance of paints as well as in the fabrication of nanometer-sized electrical circuits.

Surfactant molecules play a critical role in the synthesis of metallic nanoparticles of desired shape and sizes. Through surfactant-based synthesis, a variety of shapes like prisms, triangles and cylinders can be formed.

“Right now, people are manufacturing these different shapes of nanoparticles using surfactants, but it is simply a trial-and-error method,” Sharma said. “There’s no fundamental understanding as to why certain surfactants and solution conditions impart a well-defined shape. If you slightly change the chemistry of the surfactant or the overall chemistry of the solution, you get very different results.”

Depending on the application, a certain shape of these nanoparticles may be preferred. By using computer models, Sharma will study how different surfactants attach to different metallic nanoparticles to better understand the process. His goal is to develop a theory to explain, from a fundamental basis, how certain surfactants may be better than others when a specific result is wanted.

Sharma also plans to collaborate with local high schools in the Appalachian region of Ohio to provide educational outreach activities to students, including the creation of a scenario-based computer game to give students a flavor of engineering decisions that occur in the chemical industry.

He noted that creating a relationship with local schools will motivate students towards STEM fields at OHIO. “Many middle and high-school students are not aware of what STEM education in the university is like, and what kinds of fellowship and scholarship programs exist. Once you’re told how to take that next step, it’s not a big unknown – and students will be more motivated to apply for a STEM education,” Sharma said.

Last October, Sharma was also awarded a $450,000 grant from the NSF for a collaborative study he is leading to identify molecules that are able to inhibit protein-protein interactions.