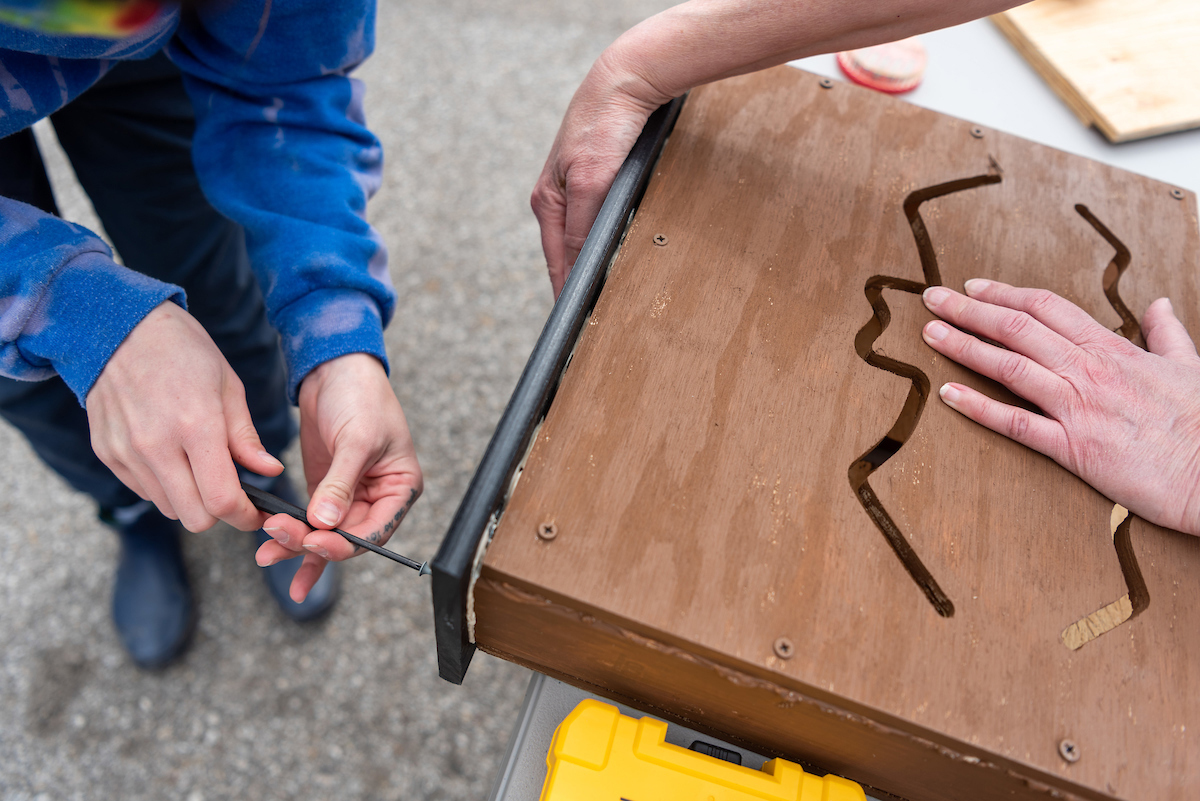 The Ohio University Sustainable Living Hub has added housing to its project list—students are putting up six bat dwellings around campus throughout the next few weeks. The structures will provide a safe spot for bats to take shelter in.

"Many people may be afraid of bats, especially when they find their way into your home or dorm, but they are only just little things who are looking for a warm place to perch, and I just love them," said Mikayla Schuyler, an OHIO student who is in OHIO's Climate and Sustainability Ambassadors club and the Green Initiative.

"The goal of having bat dwellings up is to give them a place to live in their neck of the woods that is safe, cozy, and near lots of food and water. It ends up helping both the humans and the bats," Schuyler added.

How will the hub measure success for the new winged mammal environment?

"Each step we complete along the way is success, to me. Researching the areas, climates, and other factors that make for the best bat dwellings possible – success. Working with a small group to build the houses – success. Walking around with Dr. Kim Thompson, mounting the boxes to their poles and seeing where the bats’ new homes will be – success," said Schuyler.

"In fact, while we were on that walk mounting houses, a little girl who couldn't have been any older than 6 stopped us and asked if we were installing bat dwellings," she added. "And she was so happy and excited to learn about all these bats who would be getting a new home – that might have been one of my most favorite successes of the project so far!"

Schuyler, who is double majoring in music production and recording industry and outdoor recreation and education, came to the sustainability club and Green Initiative through her roommate. Plus, she knew Thompson from a course she took—PBIO 1000 Plants and the Global Environment—her freshman year.

"With COVID, it is often difficult to be super active in the club, but I thoroughly enjoyed that course, so I chose to help with the bat dwellings," Schuyler said.

Schuyler said the hardest part of the project was actually building the structures, which were constructed by students from kits that Bat Conservation and Management provided.

Each bat house holds up to 78 bats in the three chambers and 32 on the perch panel on the post. There are three baffles that make up the chambers that allow the bats to perch or move around to avoid predation.

Where are the bat dwellings located on campus?

One will be on the Schoonover green roof and the other five will be on the Ridges: one is part of the Outdoor Museum, two will be in the Ridges Land Lab, and two will be off the nature trail near the mini golf course, said Thompson, director of the Sustainable Living Hub and associate professor of Environmental & Plant Biology.

"I love bats and I think the most rewarding part has been giving those little creatures a safe home. I used to be an RA and we had a couple of bats in our building that I just know would be so much happier in a space of their own because the process for a bat to be being trapped, rehabilitated, and released can be extremely stressful and confusing for them," Schuyler said.