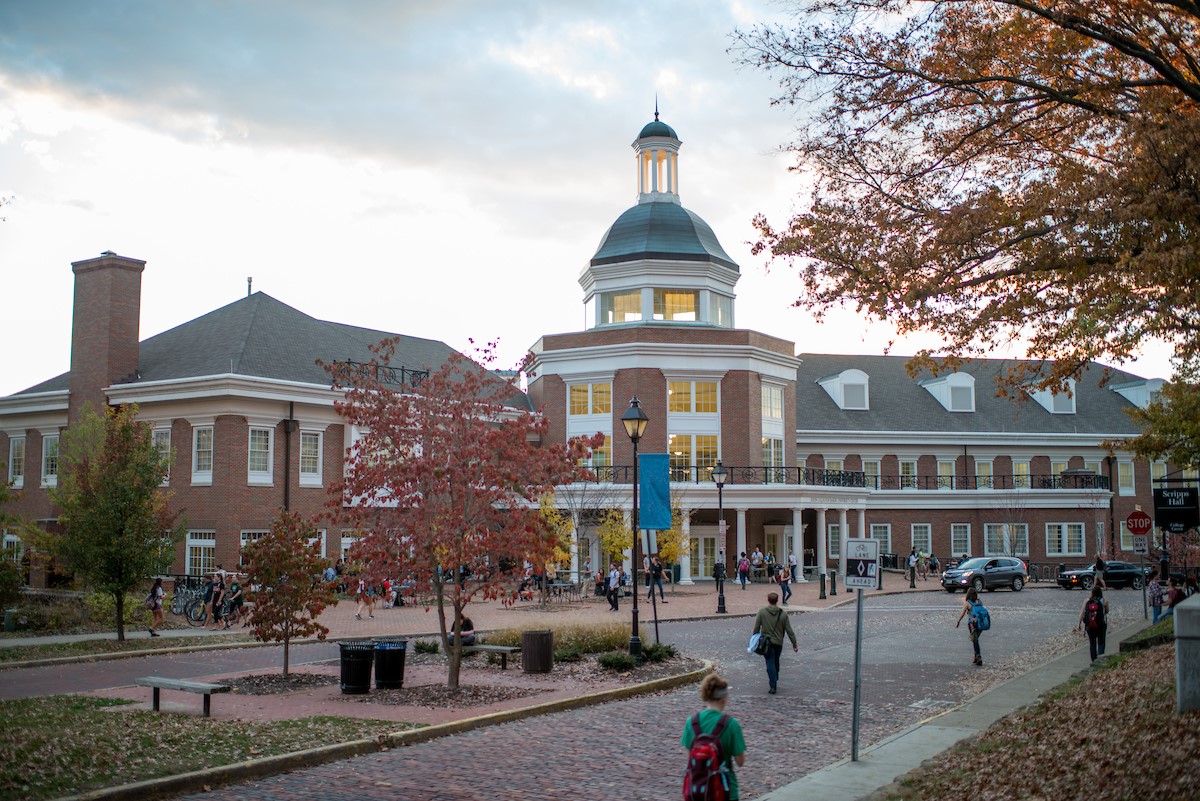 Ohio University is collaborating with 16 other Ohio colleges on a letter-writing campaign in support of Collin’s Law.

The campaign will kick off Monday, March 29, at 8 p.m. with a Zoom program to provide participants with background on Collin’s Law. It will feature Ohio Sen. Stephanie Kunze, Ohio Sen. Theresa Gavarone, and Kathleen Wiant, mother of Collin Wiant, who was a freshman member of Sigma Pi at Ohio University when he lost his life and who has worked to get this bill passed.

Wiant will share Collin’s story with participants, how her family has been impacted by hazing, and why she feels this law is important. The remainder of the program will focus on the letter-writing campaign initiative that the schools will take part in and how participants can support the efforts.

“Our goal is to educate participants on Collin’s Law and how it will impact them and their communities,” Ariel Tarosky, director of Fraternity and Sorority Life, said. “It is important to us that the individuals that this law will impact are educated and informed. With that said, we believe strongly how critical passing this bill is as and want to ensure that we have the most informed support as possible.”

The letter-writing campaign will take place from April 5-9 for all the participating schools.

OHIO’s program will take place outside of Baker University Center, where students will be tabling, offering education around Collin’s Law and providing any interested community member the opportunity to look up their respective legislator and/or senator to email or fill out the pre-made letter template that will be sent to legislators’ mailing addresses.

Tarosky said Collin’s Law has been something that sorority and fraternity life communities across the state have been discussing for the last year, with momentum picking up after the tragic death of Stone Foltz, a member of Pi Kappa Alpha at Bowling Green State University on March 7, 2021.

OHIO’s Women’s Panhellenic Association Vice President of Development Molly Davis is extremely passionate about bystander intervention and power-based violence and knew that this would be a good opportunity to continue her work in educating her peers.

"Collin's Law is not an end-all solution but one that gives justice and starts a conversation,” Davis said. “The mere fact that in the state of Ohio, hazing is the same as getting two traffic convictions within 12 months is appalling. We ask for support in our efforts to change hazing from a fourth-degree misdemeanor to a felony through attending the event on the 29th, participating in our letter campaign, and using your voice.”

Davis came to Tarosky to help her craft a letter-writing campaign template that she could bring to the sorority and fraternity life community and Student Senate.

While this was happening, several other schools in Ohio were also discussing how to support the Bowling Green community and what can be done to let people know that something needs to change as it relates to hazing prevention and education.

In order to spread the word, Tarosky contacted her sorority and fraternity colleagues across the state about the letter-writing campaign and how it could be impactful if multiple schools came together, uniting the communities to educate, empower, and advocate for the bill to be passed. The schools’ colleagues agreed and supported the idea, forming the planning committee to make the event happen.

“We understand the need and importance for change to happen and are taking a stand against hazing, not just here at OHIO but throughout the state,” Interim Vice President for Student Affairs Jenny Hall-Jones said. “Providing leadership in the state to prevent hazing is just the first step in educating students and saving lives, and I’m proud of our students for stepping up.  But this is not just up to OHIO and our students, it’s up to the entire community to help by participating in this campaign, advocating for Collin’s Law and to stop hazing at all levels.”

Increasing the hazing law in Ohio to a felony will potentially save lives. By also requiring schools to provide more intentional preventative education to all students, it will help individuals understand their rights and responsibilities before joining sports teams, student organizations and sororities and fraternities. The law also requires training for faculty and staff to recognize hazing when they see signs of it and resources for how to report it.

Several schools, both public and private across the state of Ohio, have been involved in the planning of the event, along with several student leaders across our various schools.

Anyone is welcomed to attend the March 29 Zoom event at 8 p.m., which can be accessed here: https://osu.zoom.us/webinar/register/WN_R-1llz2UTlKsPsM8NBPVFQ

The community is also encouraged to stop by outside Baker University Center on from April 5-9 from 11 a.m. to 3 p.m. to participate in the letter-writing campaign.