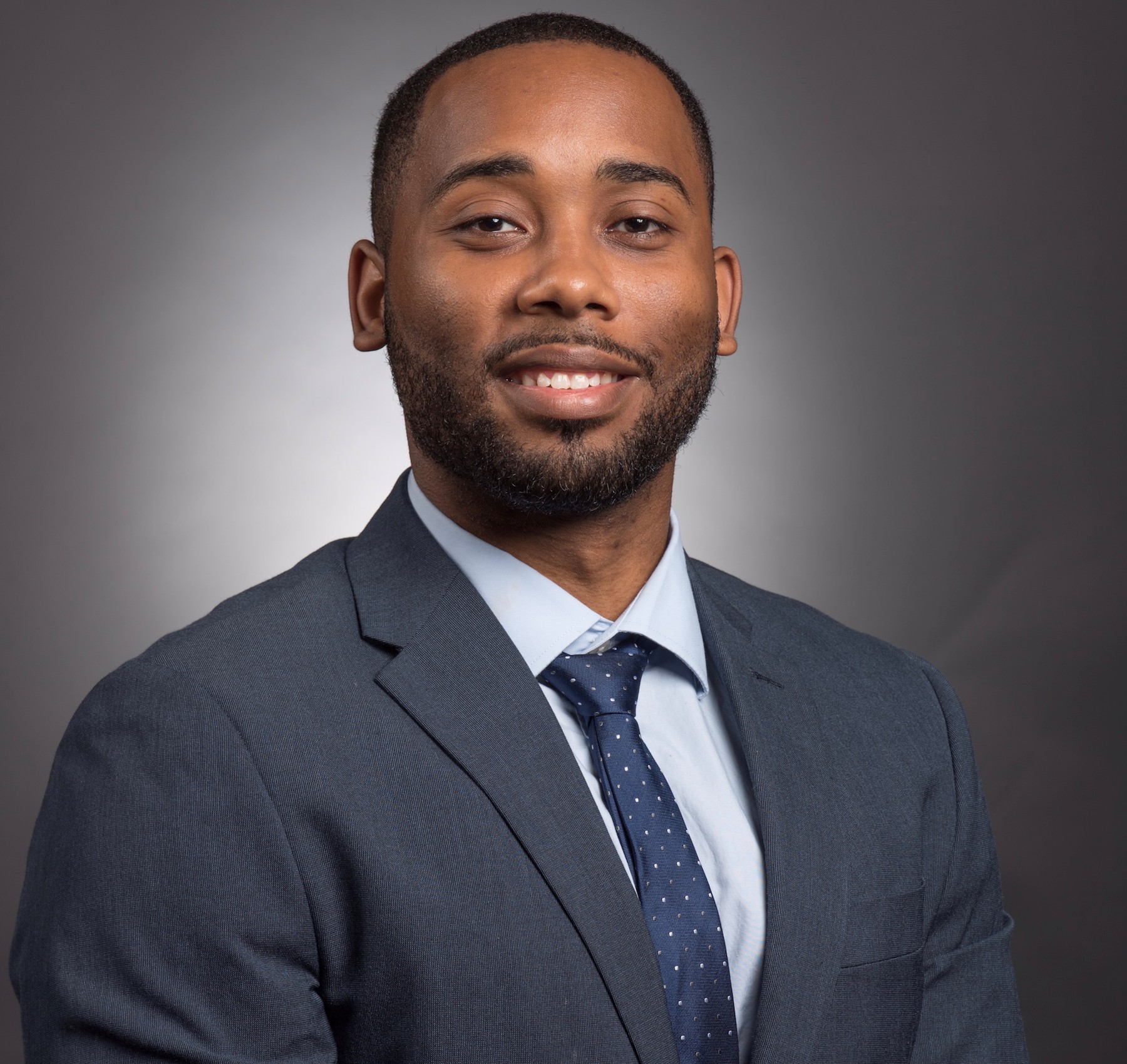 Fueled by his determination and motivated by his experience in OHIO’s College of Business, RaShaun Brown, BSM ’16, MSA ’18, created a company that launched an emoji keyboard of college sports logos, and later pursued augmented reality filters.

While at Ohio University, Brown and two of his fraternity brothers, Chase Goodson and Kari Curry, first created D9 Emojis, an emoji keyboard for fraternities and sororities. After Brown graduated from the master of sports administration program and began working for Texas A&M Athletics, the three of them decided that they wanted to pursue a larger and more engaging market in college athletics after their success with D9 Emojis.

They tried to find licenses for their new business, College Emojis, starting in July 2018, but due to the complications of obtaining image rights, Brown contacted and developed a partnership with 2Thumbz in January 2019, a company that could access image rights for more than 300 colleges, licensed from rights holders.

At the start of the football season in August 2019, they officially launched College Emojis, allowing users to download a keyboard full of college sports logos to their iPhones to be used in iMessage, but it became unavailable three weeks later when Apple released the iOS 13 update.

They pivoted their plan after this obstacle, resulting in the launch of College Emojis' first licensed collegiate Spark augmented reality effects, which were published by 2Thumbz on Instagram for increased brand exposure around the College Football Playoffs.

Before he became a true entrepreneur, Brown studied sport management and minored in marketing and business administration, and eventually graduated with a master’s in sports administration from Ohio University. Through his coursework and connections with his professors, he was able to leave college as prepared as possible for the real world.

“I learned how to navigate many areas in my industry, as the College of Business provided a lot of real-life opportunities in our courses. I was even able to work with the Southern Ohio Copperheads, Gatorade, and Russell Athletics while in undergrad,” said Brown. “The Center for Sports Administration then helped me secure an internship with the Big East Conference, and gave me the opportunity to work on many projects with my classmates for companies like Roc Nation.”

Brown was not very involved on campus until he joined the Epsilon Lambda chapter of Kappa Alpha Psi and later became president, changing his outlook on the college experience. He even won Fraternity and Sorority Life President of the Year two years in a row based on his outstanding involvement and leadership in Greek life.

“Being a leader came with a lot of responsibility and I had to grow up fast,” said Brown. “Kappa Alpha Psi definitely helped mold me into the man and leader I am today, as I had to manage a lot of responsibilities, establish relationships, execute events and programs, and create strategies to raise money with my brothers.”

During the rest of his time on campus, Brown founded the Association of Multicultural Sport Professionals to advocate for and support diversity in sports. He was the president of Ohio University National Pan-Hellenic Council, chair of the Sports Administration Diversity & Inclusion Committee, treasurer of Ohio University Recruiting Society, a mentor for Ohio University Multicultural Student Access and Retention, and served on the Black Student Cultural Programming Board as PR chair. Brown was also a committee member and mentor for the Ohio University African American Male Initiative and held multiple positions in the Student Senate.

As a result of Brown’s remarkable involvement and many accomplishments, he won the Most Outstanding Developmental Program in 2016 and was also awarded the Outstanding Senior Leader at the OHIO Leadership Gala.

“RaShaun is really the definition of the ideal student. Someone who was actively involved and always taking on leadership roles, while also excelling academically,” said Dr. Winsome Chunnu-Brayda, director of OHIO’s Multicultural Center. “He has continued to do well as a professional and I am so immensely proud of what he’s done, what he’s doing, and what he will do in the future.”

Brown credits much of his growth and success to the faculty and staff who helped him both in and outside of the classroom. In class, his professors such as Louie Iglesias, Dan Dahlen, Michael Pfahl, Jim Kahler, Heather Lawrence-Benedict, and Norm O-Reilly helped him understand sports business and revenue generation in the sports industry.

“For those of us that got to know RaShaun while he was a student, his success comes as no surprise,” said Lawrence-Benedict. “Since graduating from OHIO, he has kept in touch and supported those students that have come after him as Bobcats. So, not only is he excelling in his full-time job with the Texas A&M 12th Man Foundation and killing it with College Emojis, but he also serves as a mentor to others and gives his precious time to Ohio University.”

Outside of the classroom, faculty such as Winsome Chunnu-Brayda, Christina Wright, Kristen Kardas, and Dr. Jamie Patton believed in Brown as a person and helped him successfully lead and grow professionally.

“That gave me the confidence to become a student leader, get more involved, and step out of my comfort zone, which was critical to my success at Ohio University and beyond,” said Brown. “I naturally was a good student, but I lacked in a lot of other areas and the faculty at OHIO helped me turn those areas into strengths. It’s amazing how someone believing in you can change your life.”