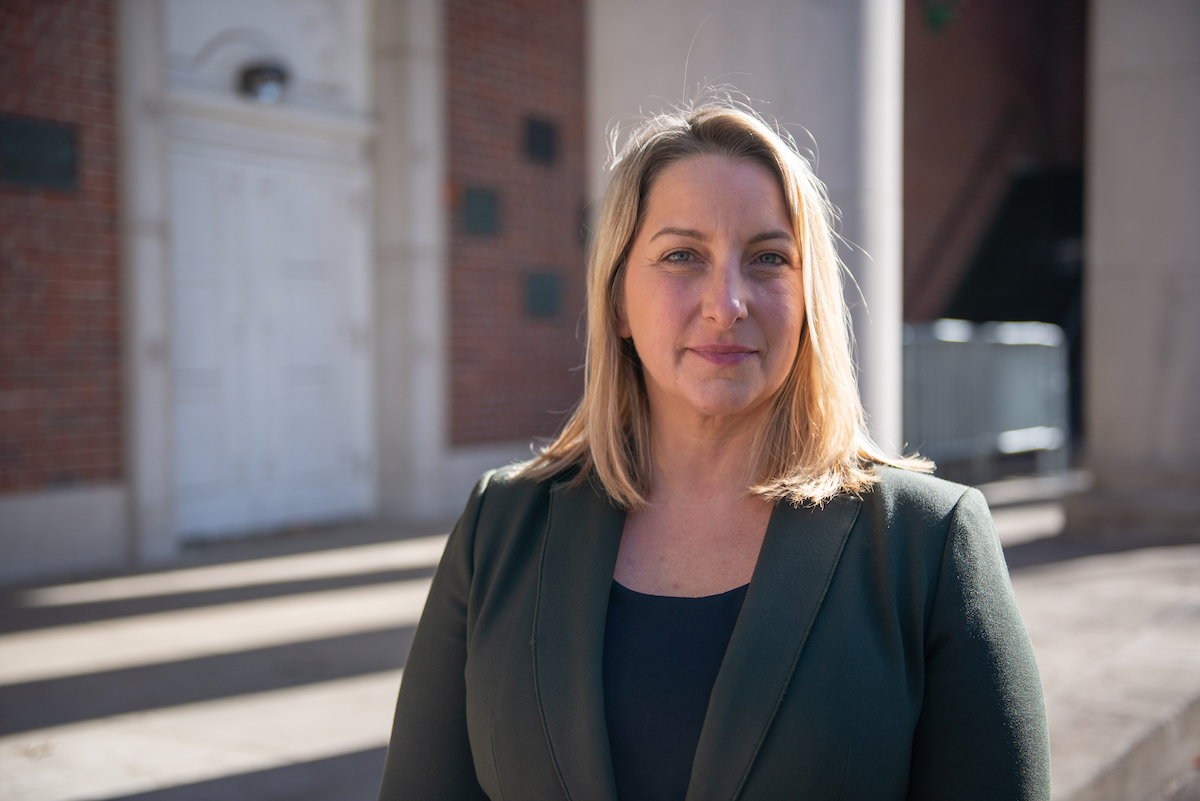 There’s no “I” in team could not be more true when looking at Ohio University associate professor of management Tammy Rapp’s most recent study where she emphasizes the value of team processes, especially in medical settings.

The study, "Team leader coaching intervention: An investigation of the impact on team processes and performance within a surgical context," published in the Journal of Applied Psychology, explains how leadership coaching can improve outcomes in the surgical suite.

“In this study, we focused on team processes, or teamwork as it’s more commonly known, in surgical teams. The reality is that poor teamwork in the operating room can have life-or-death consequences for patients,” Rapp said. “Teamwork is essential in healthcare and in delivering the best results for patients.”

In the study coauthored by researchers at the University of Connecticut and Colorado State University, Rapp examined how a coaching intervention offered to surgeons could enhance surgical team-level processes and outcomes. They evaluated whether a coaching intervention which was delivered to only surgeons could have a trickle-down effect to the surgical teams themselves. The research team observed surgeries before and after the intervention, and analyzed how the surgeons interacted with the rest of the surgical team after receiving coaching, looking at if they were encouraging better teamwork, ultimately leading to better performance for the entirety of the team.

The researchers conducted a quasi-experiment that involved observing hundreds of surgeries. A retired orthopedic surgeon observed surgeries, noting what each surgeon did well and could have improved upon, in terms of encouraging effective teamwork. Subject matter experts also observed surgeries and rated different aspects of surgical teams’ teamwork before and during surgeries, such as communication, coordination, as well as managing emotions and conflict. Midway through the observation period, half of the participating surgeons received a coaching intervention, and half did not. For surgeons who participated in the intervention, the retired surgeon provided coaching to surgeons immediately after surgeries, which focused on how to better facilitate teamwork in the operating room.

The researchers found that surgical teams led by surgeons who received coaching had higher quality team transition processes, compared to the teams led by surgeons who did not receive coaching. Transition processes were associated with higher quality action and interpersonal processes. The increased quality of team processes contributed to better surgical team performance in terms of fewer delays and distractions during surgery.

“If a surgery team is distracted by interruptions or conversations unrelated to the surgery, it can lead to less favorable patient outcomes,” Rapp explained. “Also, delays in surgery can lead to the patient being open on the table and under anesthesia for longer than necessary, which can increase the risk for complications. We found that when surgeons encouraged more effective teamwork there were fewer delays and distractions, which have known implications for patient outcomes.”

According to The Joint Commission, two thirds of unanticipated negative events in healthcare have a root cause related to teamwork. Recognizing this, hospitals and healthcare increasingly invest in making sure health care professionals have the skills needed to work as a team.

“In this study, we found preliminary evidence that by investing in training the team leader, the team as a whole can benefit,” Rapp said. “The money and time to train everyone in that surgical suite isn’t always a viable option, so it’s promising to see that even training only the surgeon may lead to better teamwork in surgical teams.”