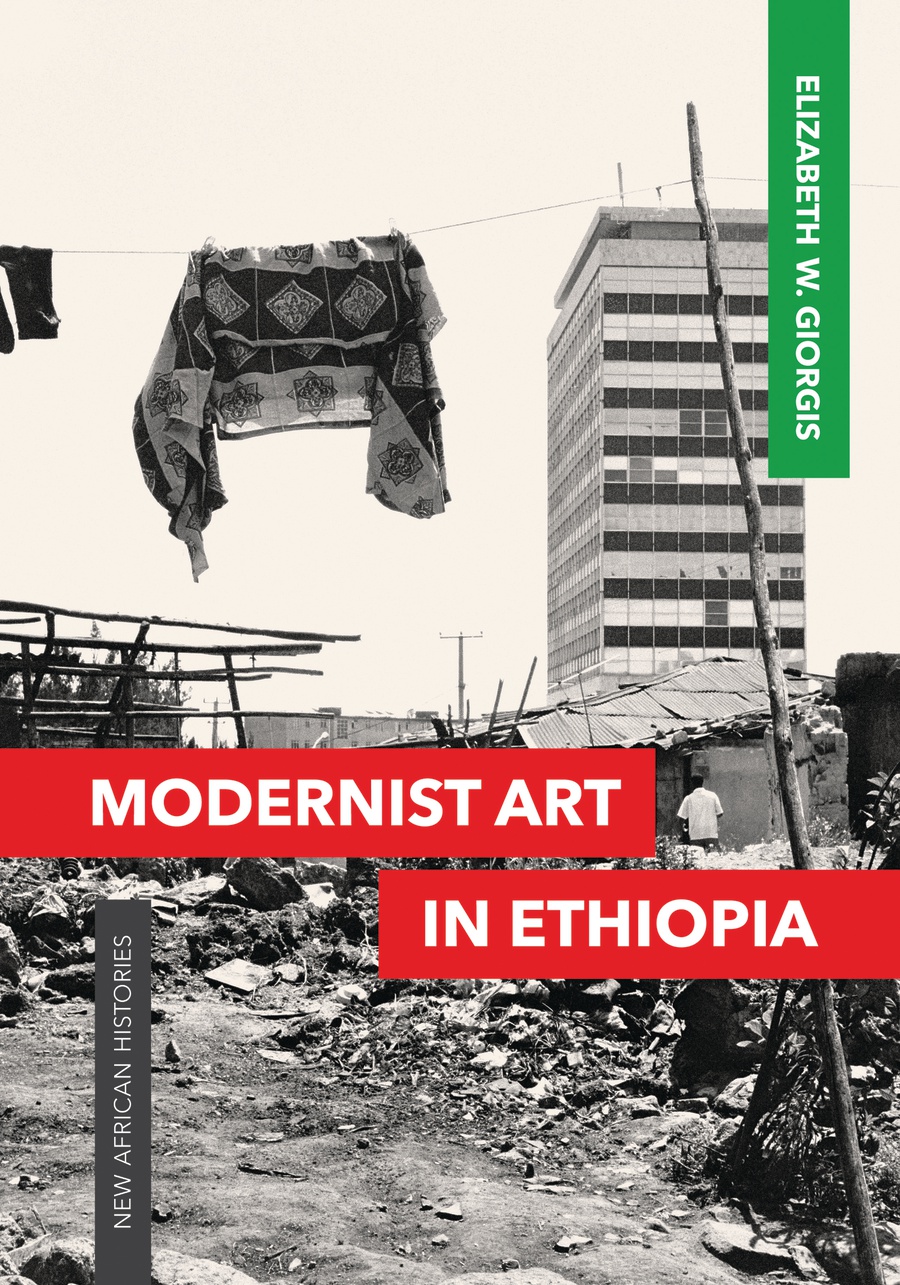 Modernist Art in Ethiopia by Elizabeth Giorgis (Addis Ababa University), a part of the New African Histories (NAH) series, is the 2020 winner of the African Studies Association’s (ASA) annual Bethwell A. Ogot Prize. This award is given annually to the author of the best book on East African Studies that was published in the previous calendar year.

The prize committee shared in a statement, “This is the first book length study of modernist art in Ethiopia and it shines with intelligence. The works discussed are beautifully displayed, and the book is a delight to read. By employing feminist, literary, economics, philosophical, and historical methods, Giorgis is able to meticulously demonstrate the many ways in which the period’s major artists affirmed or resisted Western ideas.”

Modernist Art in Ethiopia was also named a finalist for the annual ASA Book Prize, which recognizes the most important scholarly work in African Studies, published in English and distributed in the United States the previous year. It was also shortlisted for the ASA of the UK’s Oliver and Fage Prize, which is awarded to an author of outstanding original scholarly work published on Africa during the previous two years.

Emergent Masculinities: Gendered Power and Social Change in the Biafran Atlantic Age by Ndubueze L. Mbah (SUNY at Buffalo), a part of the NAH series, was also a finalist for the ASA Book Prize.

“This work not only transforms our understanding of the role of gender in precolonial Africa, it also deepens our understanding of the impact of the slave trade and European colonialism. It has broad ramifications beyond the Bight of Biafra to the vast areas affected by the Atlantic systems in Africa and the Diaspora,” the ASA Book Prize committee said in a statement.

Emergent Masculinities was also co-winner of the 2020 Rosalyn Terborg-Penn Prize for Outstanding Original Scholarship on Gender and Sexuality in the African Diaspora from the Association for the Study of the Worldwide African Diaspora (ASWAD) and finalist for the ASWAD Outstanding First Book Prize.

African Studies Review is the flagship scholarly journal of the ASA. The award recognizes the editors and contributors of works published in the previous calendar year of original scholarship that also advances African studies in new theoretical or methodological ways.

This book was published in association with Ohio University’s Center for International Studies, with which Ohio University Press also publishes series on Global and Comparative Studies, Latin America and Southeast Asia.

Age of Concrete: Housing and the Shape of Aspiration in the Capital of Mozambique, by David Morton (University of British Columbia), part of the NAH series, was also a finalist for the ASA’s Bethwell A. Ogot Prize.

“Earning four ASA nominations in one year is an incredible honor, and winning the additional accolades marks a great year for Ohio University Press. Three of these books are part of our New African Histories series, and we hope this will bring more awareness to the imperative work that series highlights,” Rick Huard, acquisitions editor for Ohio University Press, said.

The NAH series mission is to redefine the field of African history with books that “bring the practice of history to unlikely places, ask unsettling questions, and adopt unorthodox methodologies.”

The series’ editorial team aims to “push the discipline of African history in new directions by publishing works that challenge the field’s conventions.” Imperative to this mission, the team notes, is the commitment to publishing cutting-edge work of historians based at African institutions, manuscripts by first-time authors and the work of established scholars who are breaking new ground.

Ohio University Press is the oldest academic publisher in Ohio, with a long and distinguished history of publishing in African studies. To learn more, visit ohioswallow.com.