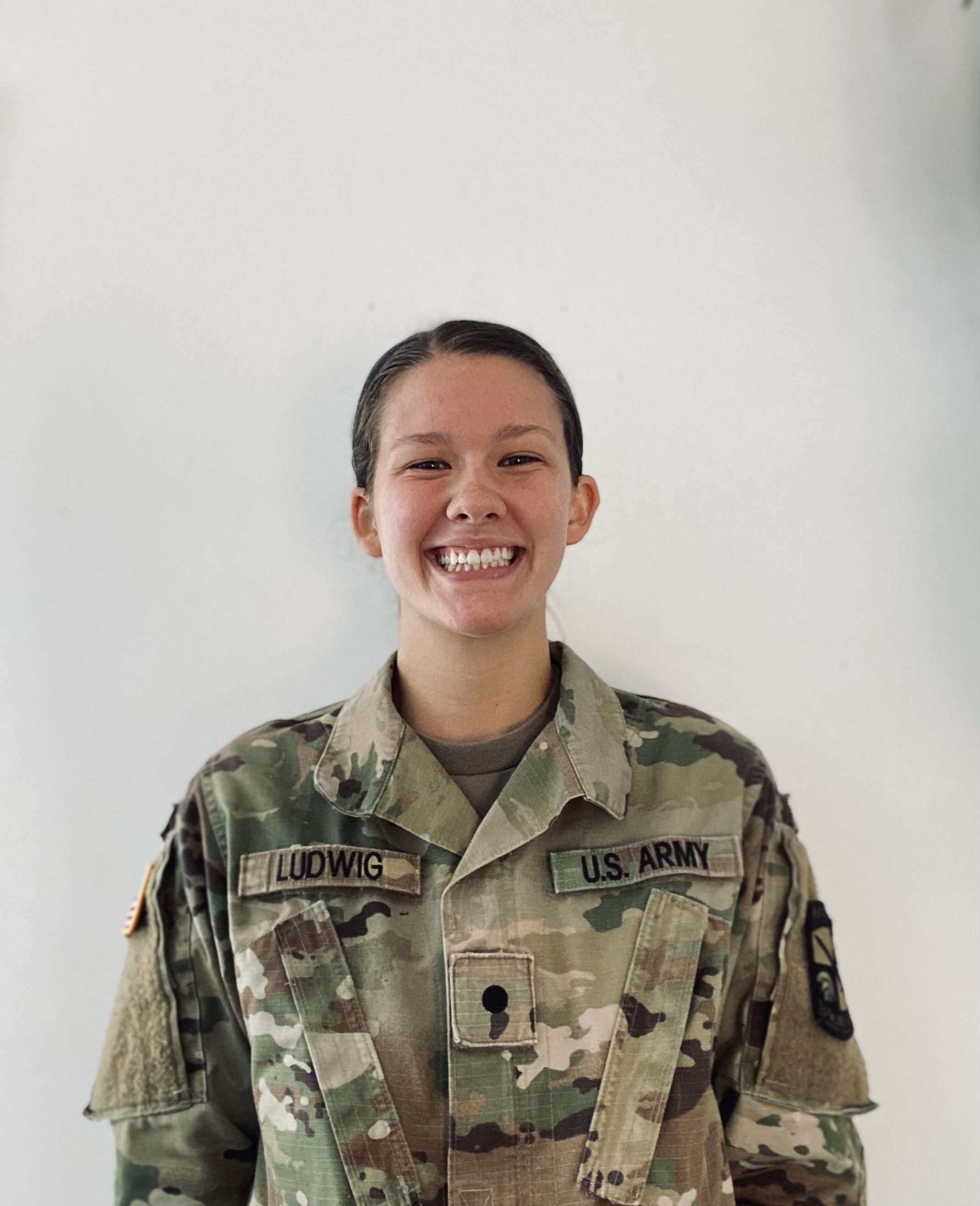 Each year approximately 6,000 Army ROTC cadets from 275 colleges and universities participate in the order merit list process as part of their preparation to commission into the United States Army. Cadets are evaluated on grades, physical fitness scores, and participation in ROTC training and activities.

Ludwig was selected out of 25 cadets who will commission this year as the top cadet in OHIO’s Army ROTC Bobcat Battalion. According to Major Darrell Fawley, commander of OHIO’s Army ROTC, Ludwig is actively engaged in Army ROTC extracurricular activities and competitions in addition to serving in the Ohio National Guard.

“She’s a phenomenal student and leader,” said Fawley. “The effort she puts into Army ROTC made her a top ten cadet.”

Ludwig said she is proud to be a part of Army ROTC and the E.W. Scripps School of Journalism at OHIO. “I have always had a love for words, and I wasn’t willing to give that up when I decided to be a soldier,” she said, explaining that though balancing her journalism major and Army ROTC is sometimes overwhelming, it has been a challenge worth taking. She credits others with helping her achieve the honor of the Top 10 ranking. “The mentors, friends, and heroes that make up the Bobcat Battalion have influenced my life in a way I never thought possible,” she said. “To receive this honor is truly humbling, however, I cannot pretend that this would mean anything to me without the soldiers who have become family, or without the people who have helped make my dream come true.”

Fawley said Ludwig has also earned the distinction of Distinguished Military Graduate and will serve as cadet battalion commander for Spring Semester before graduating and commissioning as a second lieutenant in the United States Army Aviation Branch. She will attend flight school at Fort Rucker in Alabama.

“We’re very proud of Abby. She is an example of what you can be at Ohio University and an example of the kind of cadets that we produce at OHIO,” said Major Darrell Fawley, commander of the Army ROTC Bobcat Battalion. “Even though we’re a small school comparatively, we’ve had consistently high quality of instruction here. Having Abby selected to the Top 10 Order of Merit List is an honor for the Bobcat Battalion.”

Ludwig is the second OHIO Army ROTC cadet to be selected to the Top 10 Order of Merit List in the last five years.