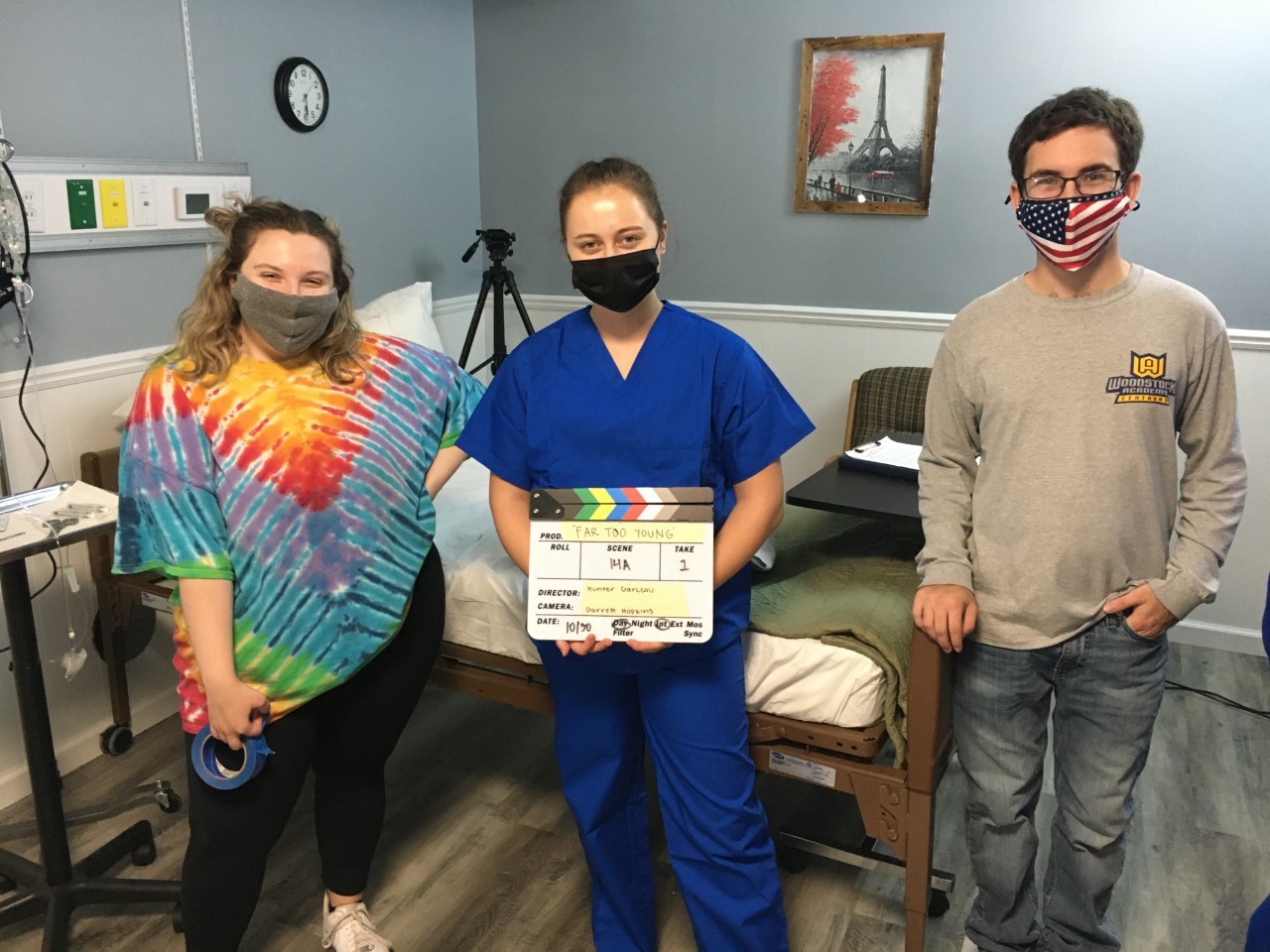 OHIO-in-LA, the School of Media Arts & Studies study-away experience that immerses students in the entertainment industry, wrapped fall semester on Thursday, Dec. 10, with the premiere of the short film “Far Too Young.”

Covid-19 caused the program to be held virtually this fall, but it maintained nearly all the elements that make it extremely popular among students who plan to pursue careers in the entertainment industry.

One of those elements is the production project, which students develop over the course of the semester and which culminates in the premiere party, normally held in-person in Los Angeles and attended by OHIO alumni, many of whom are also alumni of the LA program. This year’s premiere was held on YouTube, with a Zoom party after.

The video opened with a slideshow introducing each student participant, followed by a welcome message from the program director, Associate Professor Roger Cooper, who described the abbreviated in-person production schedule.

“I really treasured the ability just to be in person with our group,” Cooper said in his introductory remarks. “They showed themselves to be extraordinarily professional, talented, just great to be around. It bodes well for the careers going forward for all these students in our program.”

The film itself can be viewed on YouTube along with interviews with the writer Stazy Mazo, director Hunter Garceau, and various members of the cast and crew.

“A dream of mine from my freshman year at Ohio University was to write the script that we produce in the OHIO-in-LA program,” Mazo said. “So things have come full-circle for me.”

In addition to the film production, each program participant completed a full course load of media-related classes and at least one professional internship. Guest speakers from across the industry and “big sibs” (professional mentors—usually OHIO alumni working in LA) are another signature piece of the program, providing networking and professional development even when face-to-face interactions aren’t possible.

The deadline for the Summer 2021 program is Feb. 15. Read more about the OHIO-in-LA program.