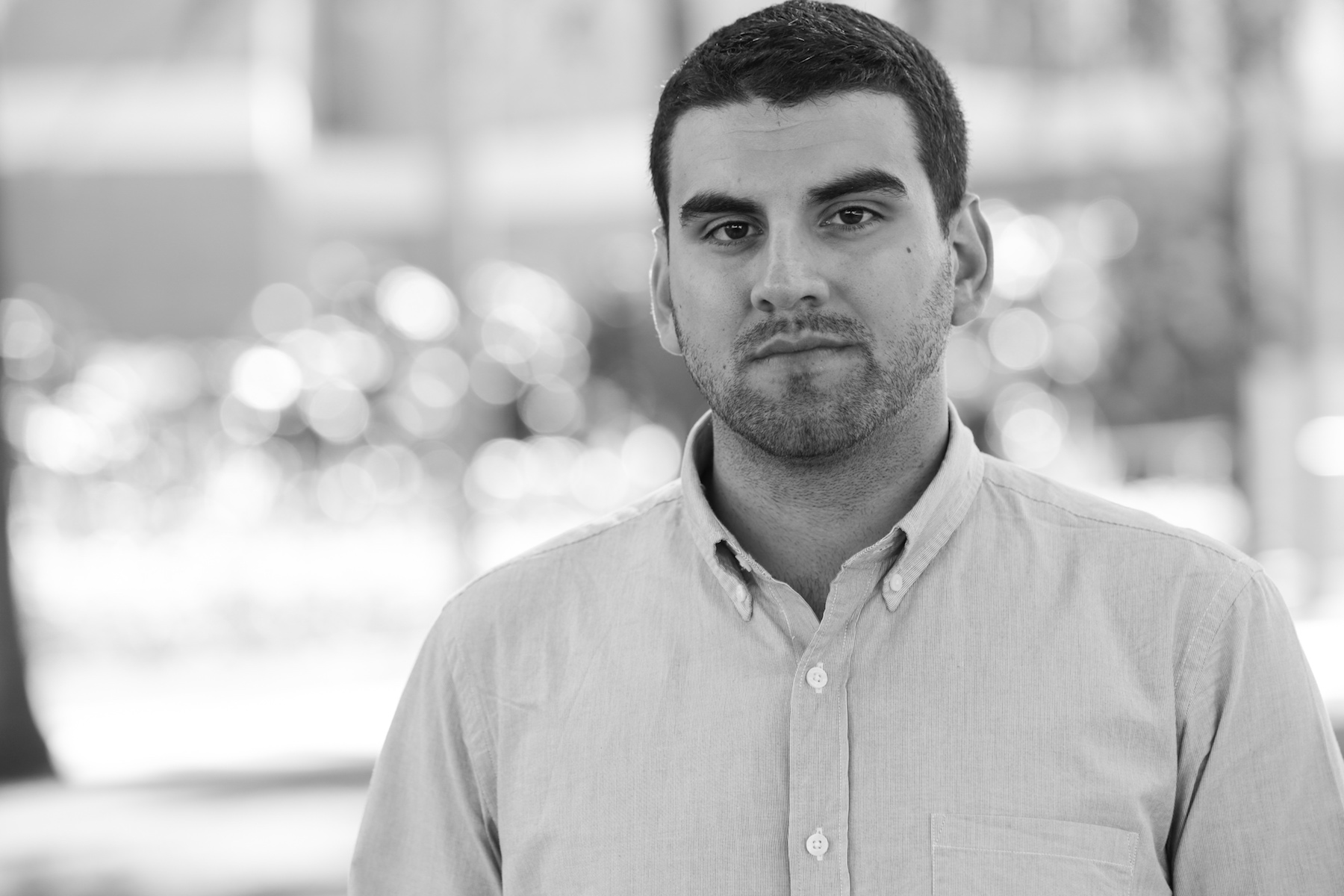 Photo courtesy of Loyola Marymount University School of Film and Television Evan Romansky, OHIO alumnus and the creator of the Netflix series, ‘Ratched.’

There’s a spot on the fifth floor of Ohio University’s Alden Library. A desk by a window that overlooks the former president’s residence. That was Evan Romansky’s spot.

“That’s where I wrote my first ever script,” Romansky said. “I’d go there for nine or 10 hours and just write, and write, and write — admittedly skipping class in the process.”

Romansky is now known as the creator and co-executive producer of Netflix’s biggest debut series of 2020, “Ratched.” Romansky, a proud 2013 broadcast journalism graduate of Ohio University, created the series in his last semester of film school at Loyola Marymount University.

In 2016, he was just a film student trying to write something that simply got him a manager. Often times, the hardest part of trying to break into the industry is getting those who have influence to read your script.

Romansky thought writing something with a recognizable name like “Ratched” would at least get him some reads and hopefully lead to other opportunities. The name comes from the character Nurse Ratched in what is considered by many to be one of the best films ever made, “One Flew Over the Cuckoo’s Nest.”

His film school hosted a pitch fest for the graduating MFA candidates which was like speed dating but with various producers, managers, and assistants. Romansky’s now manager, Jacob Epstein, found him through that event.

“He loved another script of mine and asked what else I had and so I sent him ‘Ratched’ and we were off to the races,” Romansky noted. “Luckily, he had the right connections and he’s the ultimate hustler and got the project first into the hands of Michael Douglas, who produced the original movie, then the Saul Zaentz estate that controlled the rights to ‘Cuckoo’s Nest,’ then to my agency CAA and ultimately Ryan Murphy.”

The OHIO alumnus was three months out of film school sitting across from someone who has often been cited as the “most powerful man” in modern television, Murphy, who created and produced “Nip/Tuck,” “Glee,” and, “American Horror Story.”

“Ryan was telling me that he wanted to do ‘Ratched,’” Romansky said. “It was an out-of-body experience that still feels like a dream today. But we still had work to do. It took about a year for Ryan to work out a deal for the rights to the Nurse Ratched character. Then he attached Sarah Paulson, we set it up at Netflix, and then had to wait for Ryan’s schedule to clear. All-in-all, it was a four-and-a-half-year process to ultimately get it to screen this past September. They say patience is a virtue, but in the film industry, patience is a necessity.”

Aside from the pilot episode, Romansky also wrote episode four and part of episode eight. He said it was a great first writer’s room experience because even though he was a co-creator/co-executive producer of the series, he didn’t have a ton of weight on his shoulders.

Instead, he could learn from a room full of powerhouse veteran writers and producers in Tim Minear, Jennifer Salt, Ian Brennan, and Murphy. For him, it was a masterclass in how to create, produce, and execute an iconic television series.

“Ratched” had 48 million viewers in 28 days. The feminist horror explores why we become who we are, the events that shape us into adulthood, and how under the right circumstances, we’re all capable of becoming a monster.

“The final product is everything I thought it would be and a thousand times more,” Romansky said. “Ryan is the best in the business for a reason and that’s because he knows exactly what his shows are going to look like and sound like and feel like from day one. And this was no exception. He came in and really elevated the material and shaped the story in a way that you just knew it was going to be something special. And his execution was just flawless.”

He said the most surreal part of the experience is seeing people from all over the world watching and talking about this show that he originally wrote when the idea of becoming a professional screenwriter was nothing more than a pipe dream. One he wasn’t sure he’d ever achieve.

“He saw potential in me as a writer and thought film school would be a great place to just keep writing while building the necessary connections to really give myself the best shot at this,” Romansky added.

Now, Romansky is sharing his industry experience with the University community through the OHIO-in-LA Program, which gives students an intensive experience of living and working in Hollywood’s media and creative industries.

Roger Cooper, associate professor and director of the OHIO-in-LA program, said Romansky has been an irreplaceable asset for the students.

“He is a guest speaker every semester and has served as a ‘Big Sib’ (an alum who serves as a mentor for a student in the program) for the past couple of years,” Cooper said. “He has helped the program in every way I've asked, and I couldn’t be more grateful.”

Cooper said students definitely look up to the OHIO alumnus, noting his story about selling “Ratched” and then getting to work with someone as prolific as Murphy is an inspiration to everyone.

“It’s a phenomenal, unusual opportunity but Evan showed he was ready for it,” Cooper explained. “It’s a bit of surprise that someone could do this so early in his career, but not a surprise that OHIO grads reach these heights. With Evan it’s a matter of talent and hard work — and a great idea — combined with a little bit of luck. Evan and more OHIO grads are going to do many more special things in the years to come.”

Romansky, of course, wants to share his experience with OHIO students, but part of him can’t help it. He’s kind of obsessed with the Athens-based university. He met his now wife here. Both of his sisters went to school here. And, he still religiously follows the football and basketball teams.

“Athens is the most special place in the world to me. The school, the community, the history, the scenery, the bars, the food, the parties — it’s just an incredible college town that gives you everything you could possibly want in a college experience,” Romansky said. “As a writer, you have to form a loan out company and give it a name, and I named mine Jefferson Hill Productions. And that’ll be the name whenever I form an actual production company.

“Athens and Ohio University are such a large part of me, and I want to be representing them for the entirety of my career,” he continued. “Even making it in Hollywood and going through this life-changing experience of ‘Ratched,’ the best four years of my life were still in Athens and I miss it every single day.”