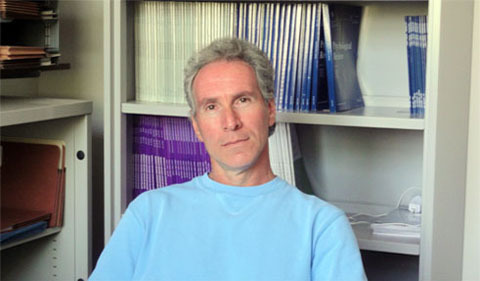 The Ohio University community mourns the loss of Dr. Mark Alicke, professor of psychology, due to an accident at his home on Oct. 23, according to his obituary.

“Our hearts and condolences go out to Mark’s family, friends, colleagues, and students,” said Dr. Florenz Plassmann, dean of the College of Arts & Sciences.

“He attended the University of Miami but returned home to finish his degree at Montclair State University so that he could also help out the family by doing the short-order cooking in his father’s restaurant. After completing a Ph.D. in social psychology from the University of North Carolina at Chapel Hill and postdoctoral work at Northwestern University, Mark spent most of his distinguished, award-winning career at Ohio University as part of the thriving social psychology program in the Department of Psychology,” states the obituary.

Alicke served as editor and associate editor for several scholarly journals, and he received the 2018 Distinguished Lifetime Career Award from the International Society for Self and Identity. The Distinguished Lifetime Career Award is made annually to recognize a scientist who has made sustained and important contributions to our understanding of self and identity throughout her or his academic career.

“His many friends will deeply miss this erudite yet modest man, whose take on life was so penetrating and so full of down-to-earth humor, kindness, and grace. To nail a point he could easily quote Immanuel Kant, Charles Dickens, or Muhammad Ali, to the enlightenment and joy of those around him. He appreciated all the finer things in life, whether it was a thick slice of French toast slowly bronzed from his own skillet, a riff from Miles Davis’s trumpet, or UNC basketball. Mark had an extraordinary physical presence to him that worked well with his qualities of mind and big heartedness. He was one of a kind, a rare human being, a true breaker of the mold,” according to his obituary.

“The day before Mark died, he planned on voting together with his wife, Susan Tice-Alicke, and his son Alexei, who at 19 would be voting for the first time. This represented a triumph of the collective human spirit, as Alexei was born with medical challenges that would not have predicted this day. But through Mark’s devotion as a father, and Susan’s as a mother, together with other family members and with literally hundreds of people in the Athens community, this opportunity to vote was to happen. Mark was a happy, proud, and grateful father and husband,” the obituary stated.

Alicke’s Ohio University colleagues expressed their sorrow at the professor’s passing. Here are some of their thoughts:

“I consider myself truly fortunate to have worked with Mark Alicke for more than 30 years,” said Distinguished Professor Christopher France. “Mark was born to be a scholar, with a combination of intelligence, curiosity, and breadth of knowledge that allowed him to ask and answer the big questions. But, above all, I will remember him for his wit. He could be serious when it was called for, but he could also be counted on to make difficult or tedious times just a little more bearable with a carefully placed cheeky comment. I will miss him dearly.”

“For my own part, I could always count on Mark to provide a deep conversation on the intersection of psychology and philosophy. This is just the sort of time I would like to have that kind of conversation,” says Professor Jeff Vancouver, psychology chair.

“Mark enjoyed music tremendously and was well versed in all jazz! Will never forget when at times the music will flow out of his office as fresh air, drastically changing the grayish hallway into a sort of awakening palette of hues ... He enjoyed learning about my son’s a cappella ventures; philosophy was his passion,” said Professor Claudia González Vallejo.

“Mark was a brilliant scientist, a deep thinker, and a kind and generous mentor for faculty members and students. The extent of loss to the university is immeasurable,” said Keith Markman, associate professor.

“I was Mark’s colleague in Social Psychology for over seven years, and he was one of the most influential mentors I’ve ever had. By being so approachable and willing to offer advice from his many years of experience, both at OU and in the field as a whole, Mark helped me realize the value of forming and maintaining relationships with more senior colleagues. I owe a great deal of where I am in academia to Mark," said Kimberly Rios, associate professor.

“For example, in 2019 he nominated me for an early career award that I received (and by coincidence, he received the distinguished career award from the same organization that year!), and which indirectly led to a new line of research for my lab and me. Around the same time, my husband and I had external job offers, and Mark played a huge role in convincing the dean to consider my husband for a tenure-track position here. It is for that reason that we were able to stay at OU, an institution we love,” Rios added.

“Above all, Mark grew to be among my closest friends and confidants during the time I worked with him. We emailed each other nearly every day, sometimes about research ideas (which was such a pleasure to conduct in collaboration with him) but often about his musings on philosophy or religion, our animals’ latest escapades, or completely silly and random topics. Just last week, I sent him pictures of some cookies I had baked, and we laughed together about potentially buying new clothes due to pandemic-related weight gain. I will miss him dearly,” Rios concluded.

“Mark could add a fresh, unique, key tweak to any research study design; his magic touch turned an ordinary study into an extraordinary one,” said graduate student Mike Soderquist.

“I met Mark 36 years ago, so I have a wealth of beautiful memories of him. Many of them have been flooding my consciousness these past few days. It is hard to select just one to share, but the following touched me deeply nearly 20 years ago and still does so today. (I’m crying just thinking about it now),” said Professor Emeritus G. Daniel Lassiter. “My daughter at the time was quite young, and Mark wanted to give her a gift. He decided to make her a CD of a variety of music he felt would bring her joy and inspiration, lift her spirits when she was down, imbue her with a sense of wonder about the world, challenge her to pursue her dreams, and to let her know, in the words of Earth, Wind & Fire, that she was ‘a shining star.’ Mark’s gesture revealed his big heart and lovely soul, and it is these that I will miss the most. A bright light has gone from the world.”

Due to COVID-19, memorial services will be delayed until they can be performed safely.