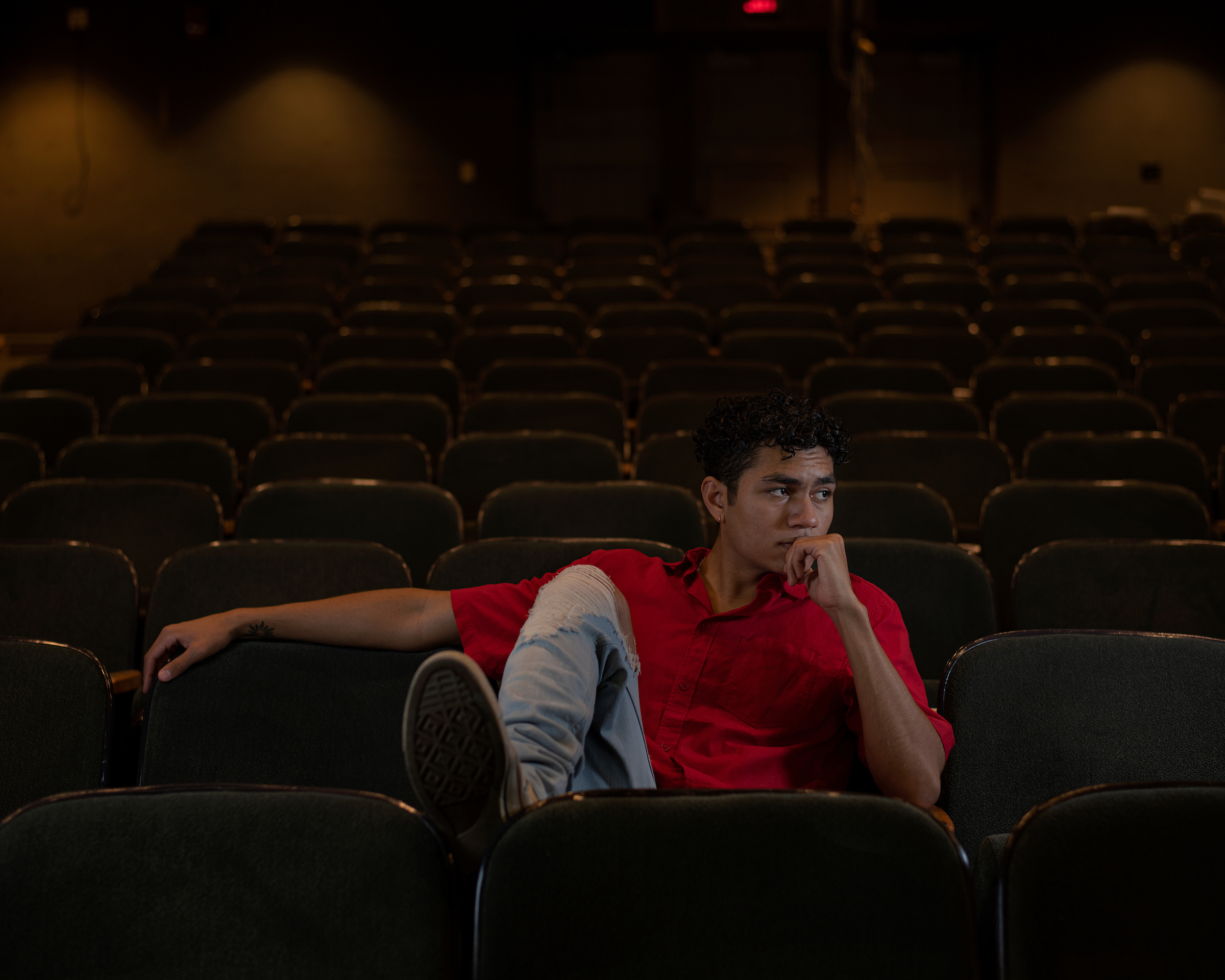 KeShawn Mellon is an advocate, in every sense of the word. He’s attended eight masterclasses on anti-racist theater and micro-aggressions, led two workshops on student spoken word poems for a performance protest, and he’s organized and participated in two performance protests. The Ohio University School of Theater senior hopes not only to instigate change, but to create safe spaces for students of color.

He’s done that with his latest venture. This summer, Mellon partnered with multiple students from OHIO’s School of Theater to create Vibrancy Theater, an organization designed to provide a sustainable space for BIPOC (Black, Indigenous, and People of Color) voices, stories, and artistry in the spirit of authenticity and excellence.

“It gives BIPOC people an opportunity to see themselves in a different, positive light, while providing a way for the community members of Athens to be exposed to a world that isn’t predominantly white,” said Mellon, the co-artistic director of the organization. “We have to provide space for BIPOC people and make them feel welcomed. I believe Vibrancy Theater is a way to do that.”

Vibrancy Theater recently garnered support from an organization that has uplifted Mellon over the past year—an organization from which Mellon draws much inspiration. The Miranda Family Fund, created by composer, lyricist, and actor Lin-Manuel Miranda and his family, gave funding support to Vibrancy Theater. The gift was matched by OHIO’s College of Fine Arts.

The Miranda Family Fund’s mission is to help uplift BIPOC artists—a mission that’s at the core of Vibrancy Theater.

“KeShawn shared with us that he and his peers were creating a student-run theater group on his campus for BIPOC students, and we wanted to support their efforts,” said Luis Miranda, Lin-Manuel’s father. “As Lin-Manuel experienced at college, there is no better training than student-run groups creating art and learning to collaborate, manage, and direct projects. KeShawn is doing exactly what we hope our Fellows will do: become leaders. We look forward to seeing his art develop.”

Mellon said both organizations want to do their best to help BIPOC so that they can be as successful as possible.

“The boundaries and limitations that society pushes onto BIPOC artists is so heavily understood in Vibrancy and within the Miranda Family, and they are both actively trying to fight against that by helping fund, uplift, and work with BIPOC artists,” he said.

Mellon was awarded the Miranda Family Fellowship last summer when he attended the National Theater Institute’s summer intensive “Theatermakers.” After the six-week acting intensive, the Miranda Family Fund announced that the scholarship recipients would participate in an ongoing training and mentoring program.

When the fellowship was announced, Mellon was “over the moon” with excitement.

“It has opened up so many opportunities for me,” he said. “I immediately was grateful for it all. The most valuable part of the fellowship is something that’s happening right now—working with professionals on various scenes and monologues.”

The College of Fine Arts is resolute in its support of the BIPOC students studying in the college, said Dean Matthew Shaftel.

“The college is committed to supporting the student leaders and the emerging work that gives space to underrepresented voices,” Shaftel said. “KeShawn’s leadership, as well as the leadership of the student-artists in Vibrancy Theater, demonstrate the way we all must learn and grow through real and sustained change to support inclusivity and equity.”