OHIO researchers working on obscurants for the modern era 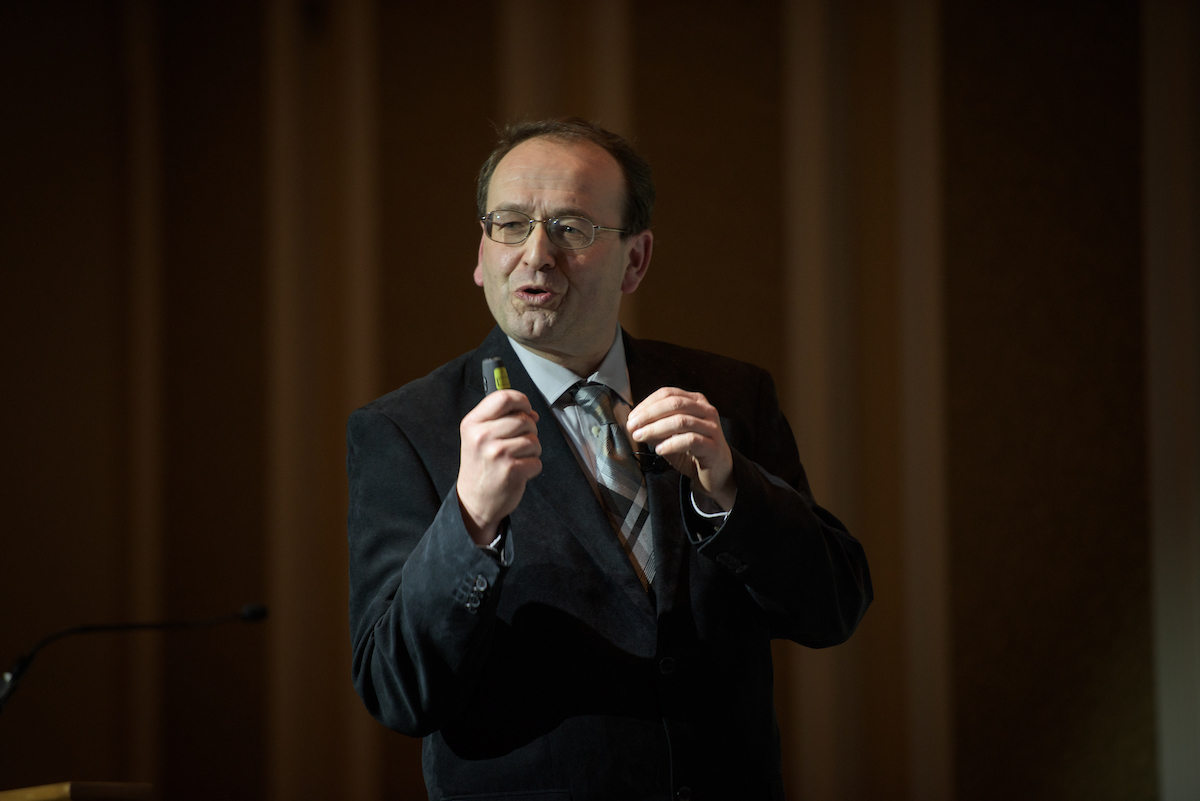 Obscurants or “smoke screens” have been used on battlefields for hundreds of years and help soldiers evade enemies by masking the movement or location of military units.

The cooperative research project, "Electromagnetic media and aerosols with specially-designed transmission spectra using plasmonic nanoshells made from inexpensive materials,” adds to previous funding for research on optically-active nanoparticles, which can be applied in the field of obscuration.

Obscuration – or a smoke screen – is an important element on the battlefield. This approach of masking the movement of troops has been used for centuries. One of the first recorded instances of the tactical use of a smoke screen was at the Battle of Macau by the Dutch, who reportedly fired a barrel of damp gunpowder into the wind to hide their landing under cover of smoke. In modern times, obscuration systems are more involved, using specialized materials such as red phosphorus particles, flakes of graphite or brass, or fog oils. Considering the physics principles of light-matter interaction, the efficiency of an obscurant will depend on the size, shape, and composition of small particles used in a cloud of smoke blocking the electromagnetic waves.

One challenge for modern obscuration smokes and aerosols is the shielding of electromagnetic waves in the infrared region. This challenge comes from the rapid spread of infrared sensors and night vision goggles that give the possibility to see using the infrared light.

“For example, even when smoke is non-transparent in visible light and serves as a perfect obscurant for the naked eye, these sensors can see right through this smoke using the infrared radiation,” Govorov said.

Infrared light is not visible for the naked eye, and its wavelength region starts from 700nm and extends until 1 millimeter.

Govorov is working to develop nanoparticles and nanostructures that exhibit strong electromagnetic extinction in the infrared. For this goal, they are using so-called plasmonic materials made of metals where electrons under electromagnetic excitation can collectively oscillate, leading to the so-called plasmonic resonance effect. The goal is to find suitable plasmonic materials and designs, which should be both inexpensive and lightweight.

“The potential of this collaborative research is in the development of the next generation of obscuration materials, which will be nano-structured and have tailored transmission spectra,” Govorov added.

Govorov previously obtained a $50,000 agreement from U.S. Army Research to fund the project in Fiscal Year 2018, and has now added an additional $50,000 through the option period to continue the research.

This research on optically-active nanoparticles may also have a variety of civil applications related to infrared materials. One use is a window glass that can block the infrared radiation from the solar light, which could reduce the cost of air conditioning in the summer.