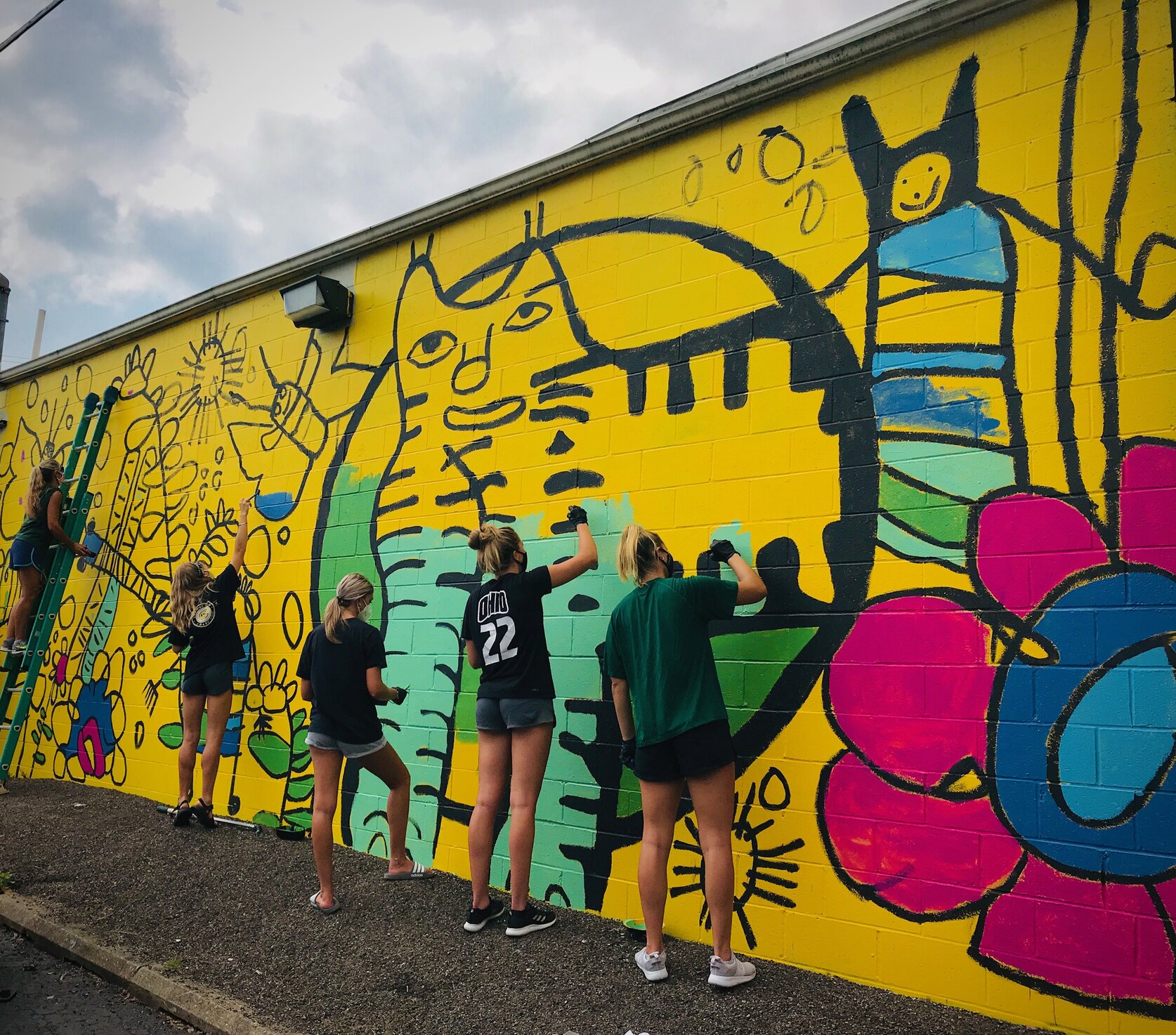 Every September for the past six years, The Barbara Geralds Institute for Storytelling and Social Impact and Ohio University Athletics have partnered with Turn it Gold, a non-profit organization transforming the landscape of cancer care through its platform of athletic activism, to recognize National Childhood Cancer Awareness Month.

“We look to athletes for inspiration,” stressed Angela Dina, co-founder and executive director of Turn it Gold. “Peak performances on the field and on the court demand hard work, teamwork, and perseverance. These same qualities are vital in the fight to end childhood cancer.”

The OHIO football, soccer, and volleyball teams were scheduled to compete in Turn it Gold games this month that were canceled when the MAC postponed the fall sports season. Athletes still chose to raise awareness about childhood cancer by working alongside artists at Passion Works Studio on community art projects including a mural installation on East State Street and a “creative movement space” in partnership with the Athens County Public Libraries and Functional Integrated Training.

Both projects include images from children in the midst of treatment for childhood cancer and Passion Works artists. On Monday, Sept. 28, at 6:30 p.m., Mayor Steve Patterson will issue a city-wide proclamation about childhood cancer at site of the mural adjacent to Passion Works Studio at 20 E. State St. Mayor Patterson and OHIO Director of Athletics Julie Cromer also will present a Bold Award to Michael Stephens, Senior Associate Athletics Director for External Operations at Ohio University, for his leadership of the Turn it Gold campus-community efforts. Player and coach representatives from OHIO football, soccer, and volleyball will be present at the ceremony.

To learn more about OHIO’s involvement with Turn it Gold, view a 10-minute trailer of the feature length PBS documentary produced and directed by Dr. Lynn Harter, Evan Shaw, and Stephanie Pangborn titled Realistically Ever After: A Turn it Gold Movement: https://www.youtube.com/watch?v=KXgsV5Tjn5o&t=4s.

To learn more about the partnership between Passion Works Studio, Turn it Gold, and Ohio University, view a six-minute digital film: https://www.youtube.com/watch?v=L2nY_lRKxrI.