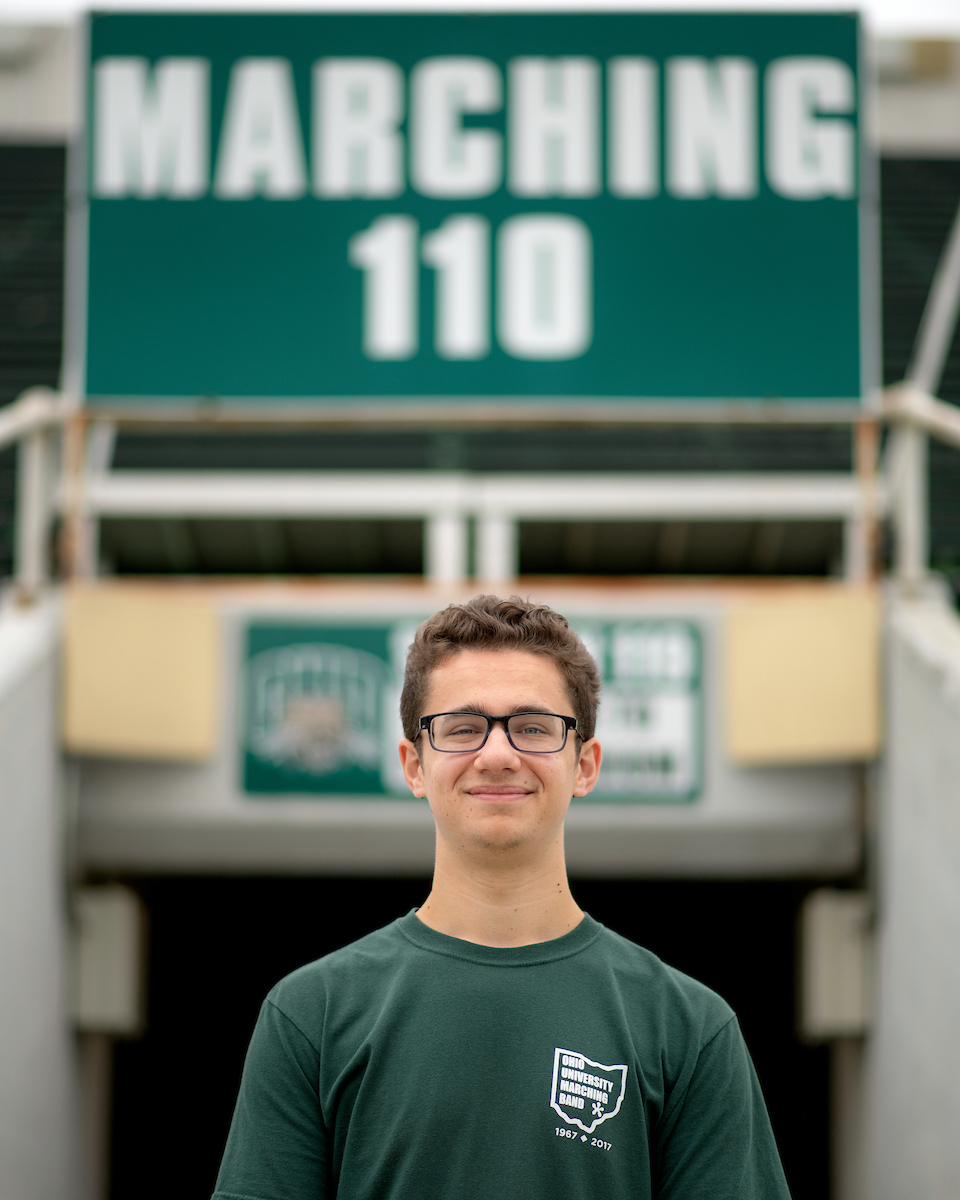 This summer, Ohio University’s School of Media Arts and Studies gave students a platform to innovate and create through the 2020 MDIA Creative Works Program.

The program not only highlighted student’s talent but it also showcased their ability to create content, using unconventional methods, during a global pandemic.

Green’s Marching 110 Kitchen Line video, which featured himself playing four of the 110 Drumline’s cadences with only kitchenware, reached a wide audience, even outside the OHIO community. Green's piece was featured on NBC4’s news broadcast and has over 5,500 views on YouTube.

“The MDIA Creative Works Program impacted me because it made me want to stay productive over the summer and work on something that could help me in my career. I wanted to create a video I was proud of,” Green said.

This program pushed students to meet deadlines and produce quality work during a time where the creative industry was at a halt.

“The MDIA Creative Works Program provided us with a deadline, which forced us to put in the extra hours,” Hervey said.

Hervey’s Palm Reader submission was a track that highlighted his love for the psych-rock genre. The track mocks the fragility of human ego, as well as the absurdity of people's opinions on what constitutes art. When asked what inspired his track, Hervey said, “The physical creation of the song comes from our recent inspiration, or rather, un-inspiration by the change in the pace of our daily lives as a result of COVID-19.”

Yuan’s Women’s Center Documentary showcased The Center for Wisdom’s Women in Lewistown, Maine. Yuan’s inspiring documentary showcased the resilience of the women at the center who have come from traumatic backgrounds and are working to improve their lives.

Martin’s submission, Clay Pigeons, featured a beautiful John Prine cover with hushed vocals and elegant acoustic guitar. When asked about how he was inspired for his cover of the song, Martin said, “Clay Pigeons is sorrowful, but hopeful; and at a time where my creative drive to create original art was plummeting, playing, recording, and emotionally connecting with that song really helped me.”

The MDIA Creative Works Program is just one example of a program that has encouraged students to innovate and stay productive in a time of disruption. Created by MDIA Director Josh  Antonuccio in the early part of the summer, the program solicited submissions in music production, short film, documentary, and audio storytelling. Winners were awarded with a $250 prize.  “The creative range of the projects we received was impressive,” said Antonuccio. “To my mind, it showcases the depth of imagination and skill found with our students, as well as the ingenious ways they continued producing in the midst of severe limitations.”