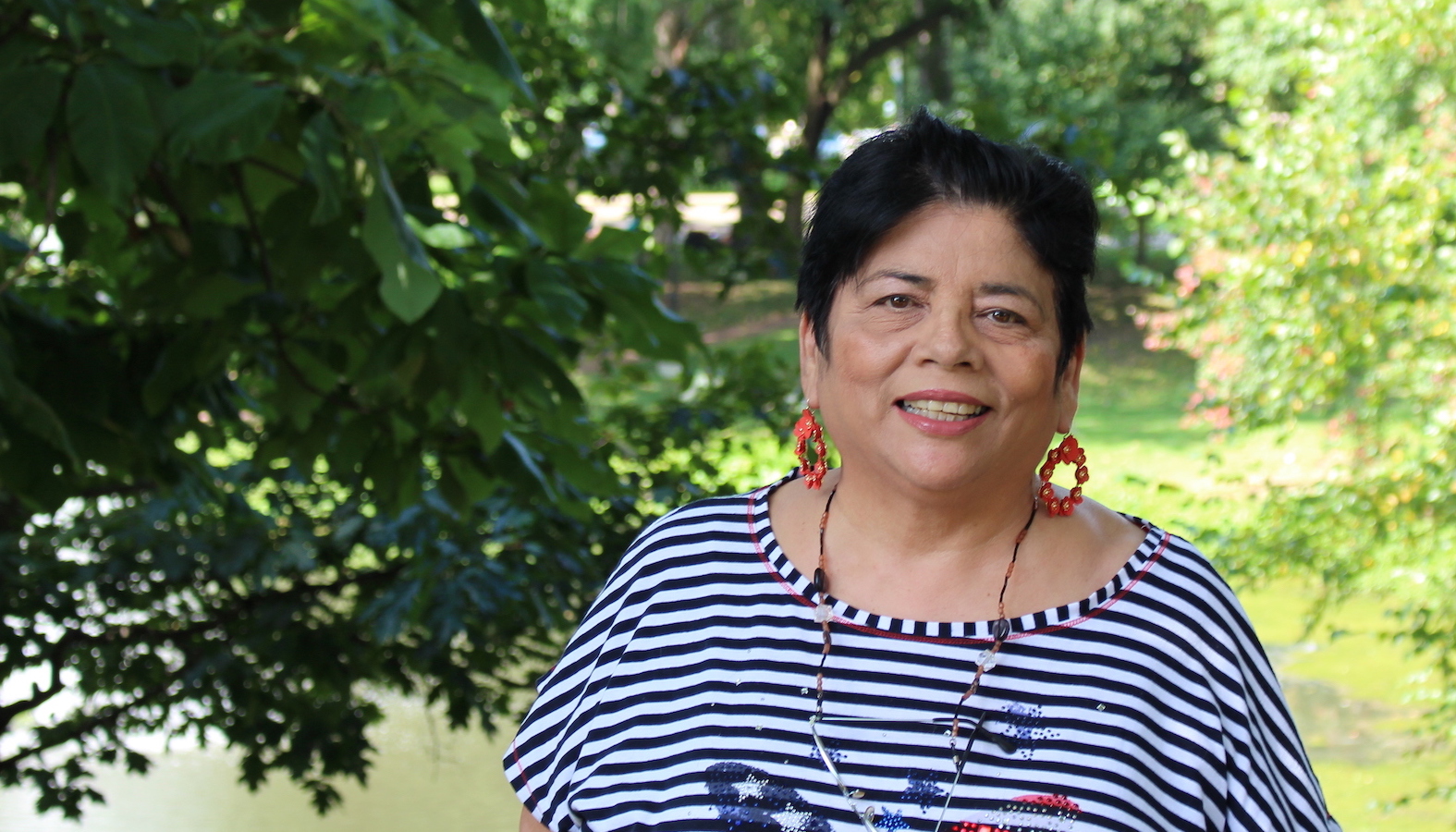 Dr. Dina López is taking her expertise in hydrothermal systems and acid mine drainage to Argentina, where she will teach as a Fulbright Scholar in a volcanic area that still has much to divulge about its past and its possible future.

"Western Argentina has several volcanoes and associated hydrothermal systems that are important energy resources for the country. In addition, fossil deposits also occur in the region that need interpretation," says López, professor of Geological Sciences at Ohio University.

López will research and lecture at the Instituto Argentino de Nivología, Glaciología y Ciencias Ambientales at the Centro Científico Tecnológico Mendoza. Her Fulbright U.S. Scholar Program award was announced by the U.S. Department of State and the J. William Fulbright Foreign Scholarship Board. She hopes to travel in March of 2021.

López will teach geochemistry of hydrothermal systems — using local data on active and fossil systems — to Argentinean researchers and students to help them to interpret their fossil record and their geochemical data. She also will offer seminars in other topics such as Geochemistry of Acid Mine Drainage and Geochemical Modeling, providing tools that can be used in research.

"This collaboration was initiated many years ago by (the late) professor Elizabeth Gierlowski-Kordesch, who was also a Fulbright Scholar at that institution," López notes. (Read some of Gierlowski-Kordesch's blogs from her time in Argentina in 2014.)

"In the lake deposits that they are investigating they have evidences of geothermal contributions, and they need to know more about the geochemistry of these systems to interpret better their observations in the fossil record. In addition, Western Argentina has part of the Andes volcanic chain and numerous geothermal systems that they could be exploiting in the future," she says.

"I hope with those two activities to collaborate with the people of Argentina in the solution of those problems. During my professional life, I have taught and done research in Brazil, Colombia, Costa Rica, Nicaragua, Honduras, El Salvador and Spain. It is for me a great satisfaction to interact with Hispanic people, transfer and also get knowledge from them. I look forward for an amazing experience in Western Argentina."

As a Fulbright Scholar, López will share knowledge and foster meaningful connections across communities in the United States and Argentina. Fulbrighters engage in cutting-edge research and expand their professional networks, often continuing research collaborations started abroad and laying the groundwork for forging future partnerships between institutions. Upon returning to their home countries, institutions, labs, and classrooms, they share their stories and often become active supporters of international exchange, inviting foreign scholars to campus and encouraging colleagues and students to go abroad.

As Fulbright Scholar alumni, their careers are enriched by joining a network of thousands of esteemed scholars, many of whom are leaders in their fields. Fulbright alumni include 60 Nobel Prize laureates, 86 Pulitzer Prize recipients, and 37 who have served as a head of state or government.

In addition to Dr. Lopez’s achievement, Dr. Colin Gabler, an associate professor of marketing in OHIO’s College of Business was also named a Fulbright Scholar for 2020-2021. Twenty-six Ohio University faculty have received distinguished Fulbright awards since the 2010-2011 academic year, and in February 2019, Ohio University was named a top producing institution for Fulbright Scholars by the Chronicle of Higher Education.

The Fulbright Program is the flagship international educational exchange program sponsored by the U.S. government and is designed to forge lasting connections between the people of the United States and the people of other countries, counter misunderstandings, and help people and nations work together toward common goals. Since its establishment in 1946, the Fulbright Program has enabled more than 390,000 dedicated and accomplished students, scholars, artists, teachers, and professionals of all backgrounds to study, teach and conduct research, exchange ideas, and find solutions to shared international concerns. The Fulbright Program is funded through an annual appropriation made by the U.S. Congress to the U.S. Department of State. Participating governments and host institutions, corporations, and foundations around the world also provide direct and indirect support to the Program, which operates in more than 160 countries worldwide.