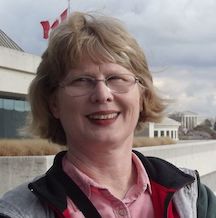 Ohio University’s Nerissa Young was honored June 26 with a Sigma Delta Chi (SDX) award in the Research About Journalism category presented by the Society of Professional Journalists (SPJ).

Young, associate lecturer of journalism in the E.W. Scripps School of Journalism, was part of a team that produced the study “Newspaper Adherence to Media Reporting Guidelines for the Suicide deaths of Kate Spade and Anthony Bourdain.” The project was published in November by the Journal of the American Medical Association Network. Her colleagues on the project include Drs. John Ackerman, Jeff Bridge and Arielle Sheftall with Nationwide Children’s Hospital in Columbus.

Their research examined how well national newspapers followed best practices in reporting celebrity deaths to present Spade and Bourdain as humans instead of statistics, avoid language and details that contribute to suicide contagion and share resources to help the community recover.

“I hope the exposure this award receives will point news media to the best practices and encourage them to follow the guidelines to reduce the number of deaths from this public health issue,” Young said. “On a personal level, I am thrilled to receive this award that is on par with other national journalism awards — Pulitzer, Peabody, Murrow.”

Due to COVID-19, the in-person SDX Awards banquet was canceled. Winners were announced and recognized during a virtual presentation with CNN Political Correspondent Abby Phillip hosting the event.

“All across the country there are stories that are unfolding every day and being told in more ways than ever before,” Phillip said during the event. “And I am in awe of you, my colleagues, for the work that you do to shine light on the human experience and hold our institutions accountable.”

Dating back to 1932, the awards originally honored six individuals for contributions to journalism. The current program began in 1939, when the Society granted the first Distinguished Service Awards. The honors later became the Sigma Delta Chi Awards.