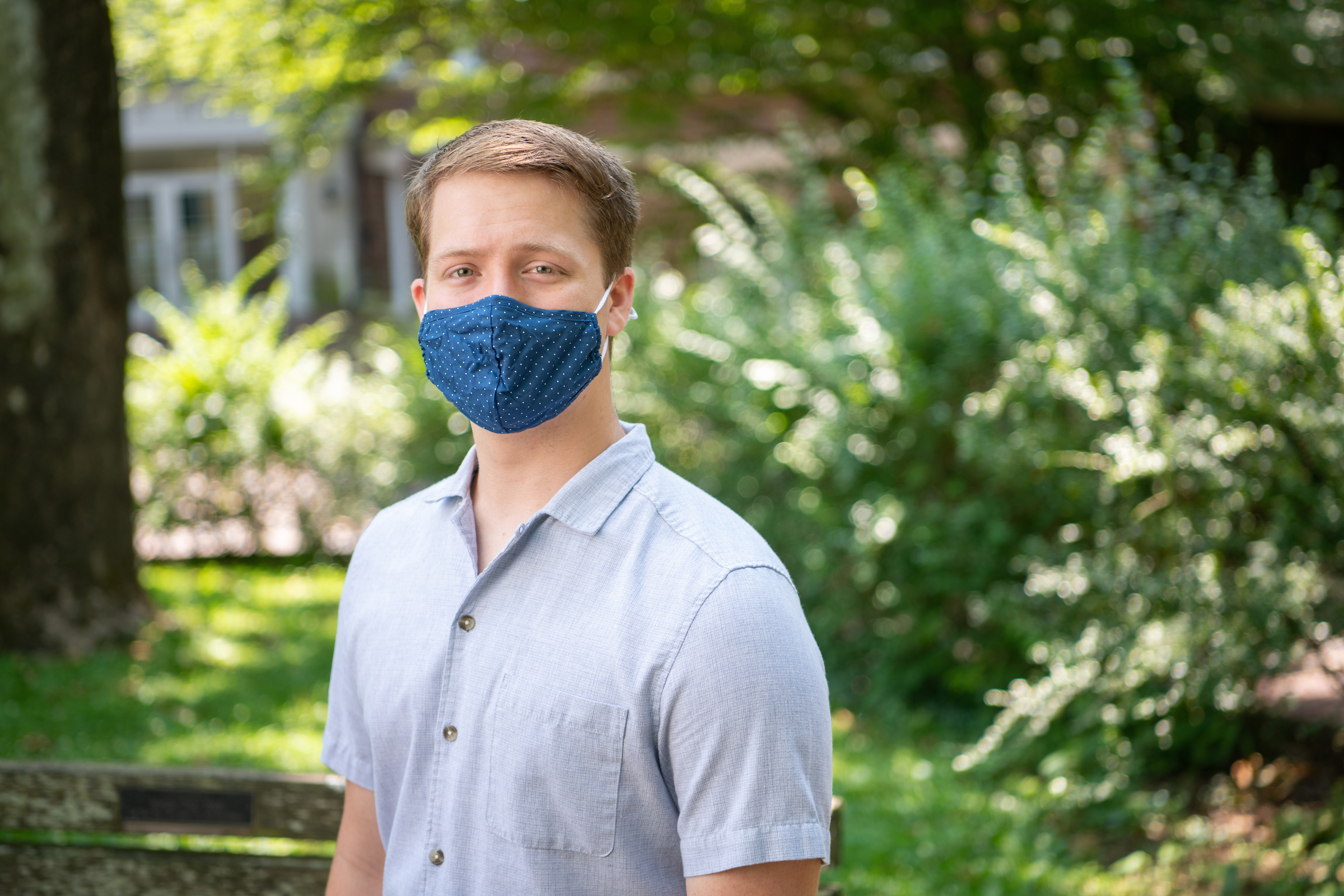 Ohio University student Mason Myers, a senior chemistry major in the Honors Tutorial College (HTC) and recently named Goldwater Scholar, has been researching ways on how to focus in on molecules in regards to antibiotic resistance research.

His research looks at how to more efficiently determine how well certain molecules target specific regions in RNA sequences.

Myers looks at small molecule-binding to the T-box riboswitch in order to find molecules that very accurately and strongly impact just that region of RNA. The riboswitch is also prevalent in Gram-positive bacteria. Some examples of this include Staphylococcus aureus and Streptococcus bacteria, or more commonly known as staph and strep, that can cause a variety of infections.

Myers conducts his research in the lab of his mentor Dr. Jennifer Hines, chemistry and biochemistry professor, which is focused on drug discovery.

“Mason started in my research group the summer before starting college. I typically give undergraduate students in my lab their own individual research project that is a piece of the larger puzzle of trying to specifically target medicinally-relevant RNA structures,” Hines said. “Mason dove right in to his very interdisciplinary project. It has been great to see his research and science professional skills develop over the years.”

In the lab, Myers does fluorescent experiments to look at how the RNA structure changes when molecules are attached. He is able to see those changes in the florescence, whether in wavelength or intensity, which gives him an indication on how similar T-box RNA sequences vary in binding.

Myers is also shifting gears in his research to use computation. “We’re getting to the point in research that you can make bonding predictions without traditional experimental techniques but with computation. Based off the RNA structures that were found in previous research, you can get an indication of how well it will bind that way too,” he said.

He hopes to find better ways to match experimental and computation values in order to save resources. By being able to predict how compounds will react in computation, it will open the door to more accurate first screenings as well as being able to effectively test multiple different compounds at once.

“You save time and money by doing more intricate experiments while reducing the bottleneck of drug discovery,” Myers said.

Myers has been active in research since high school. Back then, however, he thought he would be an engineer until his uncle, also an HTC alum, nudged him in a different direction during his junior year.

“He told me, ‘I know you’re looking at engineering, but I think it would be good no matter what you do to have some lab experience on your college applications.’ And he offered me to come in and shadow him [in his lab] and I ended up doing some work myself,” Myers said. “By the end of it, I didn’t have any other way forward. I think I loved [research] too much to just leave it behind.”

After that internship experience, Myers focused on his college applications. At the end of his senior year, he called around to OHIO professors and Hines invited him to see her lab. He’s been there ever since.

“Dr. Hines has been awesome through all of this. When we were in school and in lab, I’d usually meet with her once a week and we’d talk about what I was finding and the directions I might go next. When I had any questions she’s always been the one to answer them,” Myers said.

“It has been very fun to work with Mason and discuss the connections between his research results and what he is learning in classes. Mason’s research efforts have contributed significantly to the ongoing RNA drug discovery efforts in my group,” Hines said. “I am looking forward to mentoring him in the next phase of his project where he will begin to look for connections between computational results and results from lab experiments.”

In regards to his research work getting him recognized as a Goldwater Scholar, Myers was honored. “I’m very grateful for the recognition. It’s an honor, for sure, to be acknowledged for the work that I’m doing,” he said.

The research bug he caught in high school doesn’t seem to be ending anytime soon. In the future, Myers hopes to have his own lab and instruct student researchers as well.

“I think a very important part of education is giving it back and providing mentorship in the future is my way to do that,” he said.