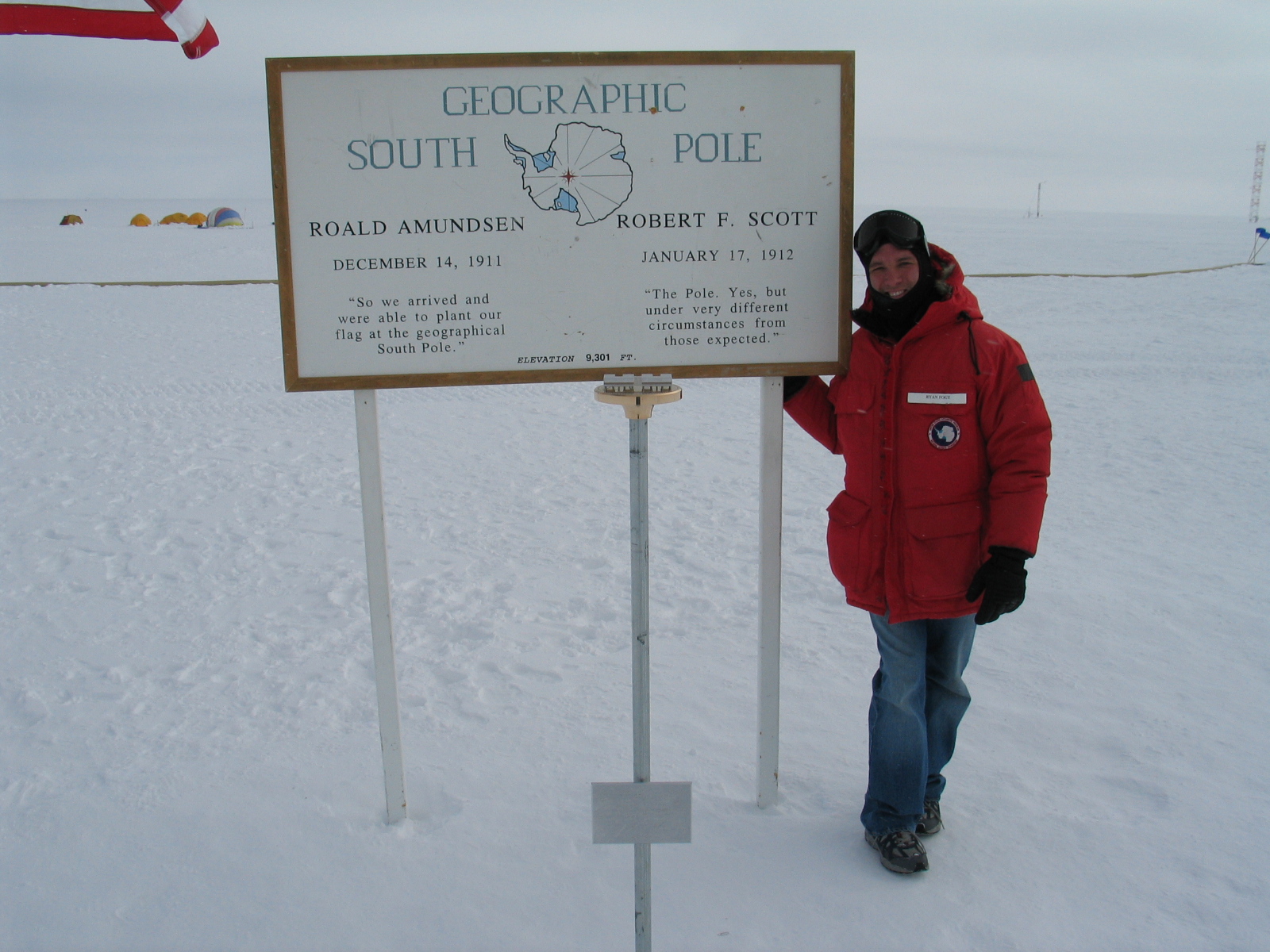 The South Pole has been warming at more than three times the global average over the past 30 years, according to research led by Ohio University professor Ryan Fogt and OHIO alumnus Kyle Clem.

Fogt, professor of meteorology and director of the Scalia Laboratory for Atmospheric Analysis, and Clem coauthored a paper with an international team of scientists published in the journal Nature Climate Change on the findings. According to the study, this warming period was mainly driven by natural tropical climate variability and was likely intensified by increases in greenhouse gas.

Clem, a current postdoctoral research fellow in climate science at Victoria University of Wellington in New Zealand, is the lead author of the study and studied under Fogt for both his bachelor’s and master’s degrees at Ohio University.

“I've had a passion for understanding the weather and fascination of its power and unpredictability as far back as I can remember,” Clem said. “Working with Ryan I learned all about Antarctic and Southern Hemisphere climate, specifically how West Antarctica was warming and its ice sheet was thinning and contributing to global sea level rise. I also learned that Antarctica experiences some of the most extreme weather and variability on the planet, and due to its remote location we actually know very little about the continent, so there are constant surprises and new things to learn about Antarctica every year.”

The Antarctic climate exhibits some of the largest ranges in temperature during the course of the year, and some of the largest temperature trends on the planet, with strong regional contrasts. Most of West Antarctica and the Antarctic Peninsula experienced warming and ice-sheet thinning during the late 20th century. By contrast, the South Pole — located in the remote and high-altitude continental interior — cooled until the 1980s and has since warmed substantially. These trends are affected by natural and anthropogenic climate change, but the individual contribution of each factor is not well understood.

Clem and his team analyzed weather station data at the South Pole, as well as climate models to examine the warming in the Antarctic interior. They found that between 1989 and 2018, the South Pole had warmed by about 1.8 degrees Celsius over the past 30 years at a rate of +0.6 degrees Celcius per decade – three times the global average.

The study also found that the strong warming over the Antarctic interior in the last 30 years was mainly driven by the tropics, especially warm ocean temperatures in the western tropical Pacific Ocean that changed the winds in the South Atlantic near Antarctica and increased the delivery of warm air to the South Pole. They suggest these atmospheric changes along Antarctica’s coast are an important mechanism driving climate anomalies in its interior.

Clem and Fogt argue that these warming trends were unlikely the result of natural climate change alone, emphasizing the effects of added anthropogenic warming on top of the large tropical climate signal on Antarctic climate have worked in tandem to make this one of the strongest warming trends worldwide.

“From the very beginning, Kyle and I worked very well together and were able to accomplish more as a team than we were individually,” Fogt said. “We have published every year together since 2013, with one of our continuing collaborations being the annual State of the Climate reports. Our work on this project together each year ultimately led to this publication documenting the warming at the South Pole, however, most importantly for me, apart from being a fantastic scientist and collaborator, my family and I are both honored to consider Kyle one of our closest friends.”