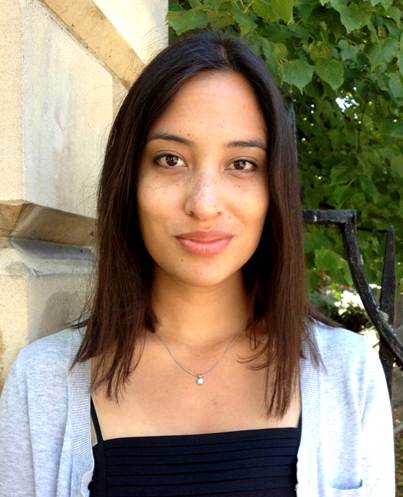 Perez Sheldon, an assistant professor in the Department of Classics and World Religions and Women’s, Gender, and Sexuality Studies program, will have primary responsibility for the oversight and development of the program’s academic curriculum.

The Cutler Scholars Program is one of Ohio University’s most comprehensive merit scholarship programs. Students receive a four-year merit scholarship as well as additional funds each year to support travel, research, community engagement, and internships.

“Dr. Perez Sheldon is an extremely accomplished scholar who breathes interdisciplinarity,” said Donal Skinner, dean of the Honors Tutorial College. “She is a true polymath, working at the intersection between religion, women, and gender studies and science, working tirelessly to make intellectual discussion accessible to all. Indeed, I cannot think there is a better-suited scholar at Ohio University to lead the academic vision of the Cutler Scholars Program.”

Perez Sheldon earned her Ph.D. in the history of science from Harvard University in 2014 and was a postdoctoral fellow in the Center for Women, Gender, and Sexuality Studies at Rice University. She is currently the PI of a three-year grant project, “Critical Approaches to Science and Religion,” which is funded by the Templeton World Charity Foundation.

Perez Sheldon also has served as a research fellow at the Darwin Correspondence Project at Cambridge University. Her work has been supported by the Huntington Library, the Schlesinger Library, the Library Company of Philadelphia, the American Philosophical Society, and the Charles Warren Center for Studies in American History.

“I am very excited about Dr. Sheldon’s new role with the Cutler Scholars Program because her interdisciplinary background reflects the academic diversity of our program. Paired with her established network and knowledge about OHIO, I imagine she will be a great fit in the scholars’ community,” said Ohio University student Emily Gayton, an Ann Lee Hancock Konneker Cutler Scholar.