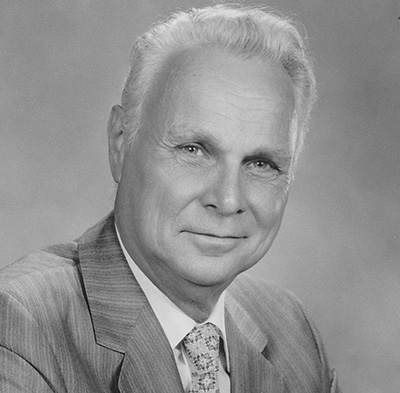 Ernst Breitenberger, 95, born in Graz, Austria, passed away on April 30, 2020, according to the Athens Messenger. He was Professor Emeritus in Physics & Astronomy at Ohio University.

“When I first came to Ohio University in 1989 I had the office next to Ernst. We conversed on many topics. He had a wide range of interests and was a model academic. He came to OU in 1963 and was instrumental in setting up the internationally known Ph.D. program in Physics. He was a theoretical physicist with an interest in statistics and mathematics. He had a book published on electric power distribution in 1990,” recalls Dr. David C. Ingram, Professor and Chair of Physics & Astronomy.

“I have many fond memories of him defending students in faculty meetings where we decided who would proceed in the Ph.D. program and who would not. He was an example to us all on how to be empathetic to a student’s needs. He and Louis Wright, who was chair of the department for many years set up an endowed fund specifically to help graduate students who had unusual needs that could not be met by other resources. He liked me to keep him aware of the state of the fund and when we were able to help students.

“I recall Steven Grimes telling a story about how he consulted Ernst over a paper Steve was submitting for publication. This was in the time when some physics journals required an abstract in English, French and German. Steve is an American who is fluent in German. Ernst was fluent in all three. Steve was expecting some corrections to the French and maybe the German abstracts, but Ernst also had some corrections to the English one, too. BTW, Steve is someone I have asked to read through things I have written because he has a very good eye for not just typos but ill formed sentences,” adds Ingram.

After retirement in 1994, he traveled the world, including visits to India, China, Nepal, Antarctica, and the Northwest Passage.

Services will be held at a later date, prior to internment in Frohnleiten, Austria. Contributions in his memory may be made to the Breitenberger/Wright Graduate Endowment in the Department of Physics and Astronomy at Ohio University, or to The Rotary Foundation (Chicago, IL). To send an online condolence, please visit www.rutherfordfuneralhomes.com.