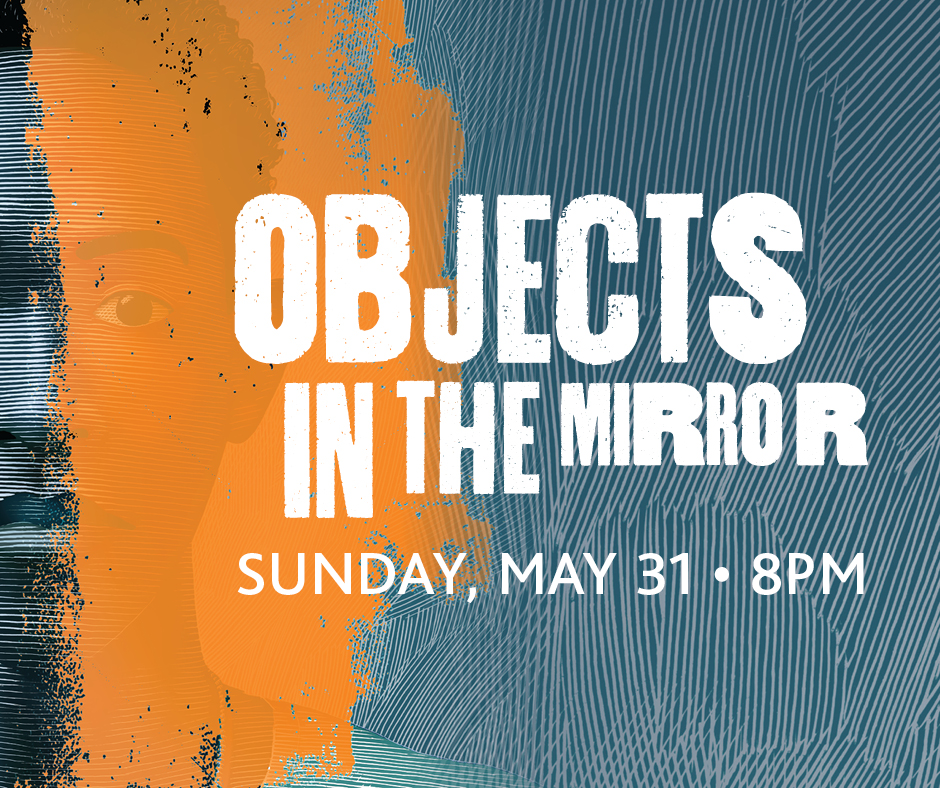 In response to the national pandemic response limiting events and gatherings across the country, Tantrum Theater pivoted from a planned fully-staged theatrical production into a professionally produced audio theater experience. The broadcast will premiere on Sunday, May 31 at 8 p.m. on WOUB FM (91.3 Athens; 89.1 Cambridge; 89.1 Ironton; 91.9 Chillicothe; and 90.1 Zanesville).

“Objects in the Mirror” provides an account of the harrowing true story of Shedrick Yarkpai, a brave Liberian, as he endures a savage escape from Liberia, grasping at the opportunity to live a fuller life in a land of peace, safety, and security, showcasing the lengths to which one person must go to reclaim identity and assimilate with dignity.

“‘Objects in the Mirror’ is a singular theatrical phenomenon,” Gilmore said. “Its words and images are as layered, epic, and indelible, as is this true story of Shedrick Kennedy Yarkpai, and in the face of crisis, we still need great storytelling.”

The play is the final production of Tantrum Theater’s fourth season, created entirely locally for our students, community and region, and now available for anyone around the world to tune in and listen to together at woub.org.

In mid-March, halfway through rehearsals, the state and local pandemic response began to close down workplaces and events, along with most live theater productions. Determined the show must go on and encouraged by a partnership with the local NPR affiliate WOUB, the Tantrum team developed a fully produced audio version of the play, through means that would be both safe and of the highest quality.

“Objects in the Mirror” sound designer and School of Theater faculty member Steven Leffue accepted the additional role of recording engineer. The cast transitioned to remote online rehearsals to prepare for recording, which was accomplished over three days, with detailed editing extending another three weeks. Finally, Leffue and Gilmore collaborated on additional sound design and layering. The process was instructive and is expected to continue to help Tantrum Theater deliver professional theater in Southeast Ohio through creatively challenging media.

“We are delighted to be working with WOUB radio in what we hope will be the first of many collaborations,” Josh Coy, interim producing director, said. “This has certainly been a season-capping production like no other, and we hope you have a chance to listen in.”

“‘Objects in the Mirror’ is an important play based on a compelling true story,” Michael Lincoln, Tantrum Theater artistic director and School of Theater director, said. “We are grateful to be able to utilize the new technology of remote recording to produce this radio production during the pandemic.”

Audiences can listen to the play live here.

For this production, Tantrum Theater is adopting a give-what-you-can approach, asking for support at any level if you value the work of Tantrum Theater.