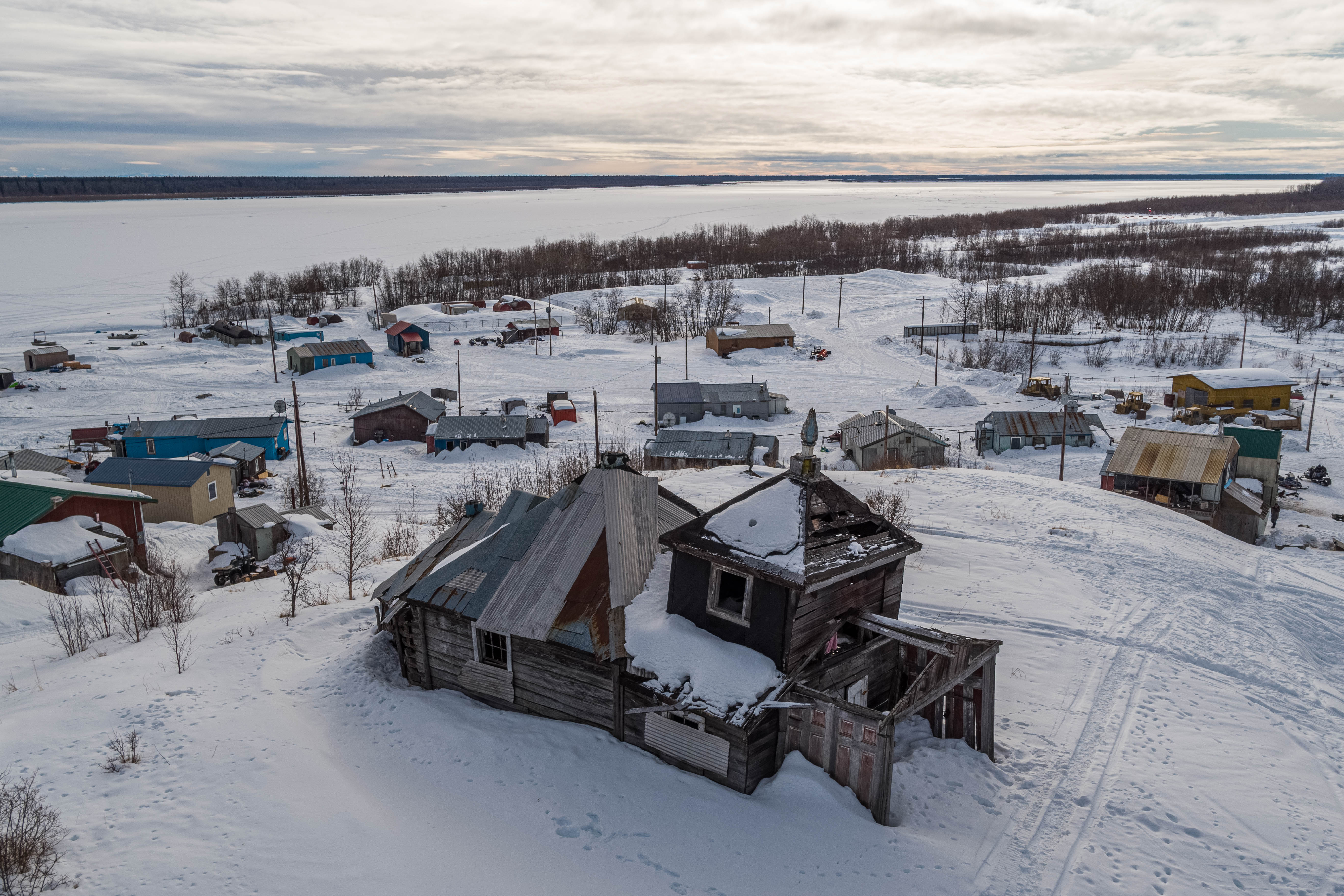 Loren Holmes / Anchorage Daily News The old Elevation of the Holy Cross Church, constructed around 1851, sits atop a hill overlooking the village of Russian Mission on March 8, 2019. Russian Orthodox missionaries established a permanent settlement here along the Yukon River about 1837 and constructed a log chapel, which is no longer standing, around 1845. The church is still very important in the village, with most people identifying as Russian Orthodox.

Several OHIO alumni were part of teams that were awarded the 2020 Pulitzer Prize, as well as a finalist for the Pulitzer Prize in Feature Photography.

Loren Holmes and Marc Lester, graduates of the Scripps College of Communication’s School of Visual Communication were part of the Anchorage Daily News team that won for Public Service. Rick Green, an alum of the E. W. Scripps School of Journalism and editor of the Louisville Courier-Journal, led the Louisville Courier Journal team that won for Breaking News Reporting, and Erin Clark, a 2018 graduate of the School of Visual Communication, who is a staff photographer for the Boston Globe, was a finalist in Feature Photography.

“We are proud of our alumni for this major accomplishment and for their dedication to storytelling and journalism,” OHIO President M. Duane Nellis said. “It is a testament not only to their individual hard work but to our Scripps College for helping give them the skills to succeed in their careers.”

Green’s team won for a series of stories into more than 600 pardons and commutations issued by outgoing Kentucky Gov. Matt Bevin, including connections between released inmates and families who donated to Bevin’s campaign. The cases have since prompted a federal investigation.

“Something wasn’t right in Frankfort,” Green said. “We expanded our statehouse reporting team and just threw everybody at it…. I flooded the zone because it was a hell of a story that needed to be told, and we were going to be the newspaper to tell it.”

Green said the effort was “old-fashioned, hard-nosed, shoe-leather reporting” that he learned in the E.W. Scripps School of Journalism. The timing of the news of the Pulitzer win, with all staff working from home, was great, he said.

“You have this incredible tsunami of emotion. You think about the staff that you build, the staff that just worked through the entire month of December, to give their heart and soul for this story,” he said. “It’s a tremendous honor. It’ll be something that I’ll look on in pride for the rest of my career and the rest of my life, and knowing that Ohio University played a part in that, that makes it even more special.”

Holmes and Lester’s team won for their series “Lawless,” a yearlong examination of the failures of the criminal-justice system in communities across Alaska. According to Holmes, the reporting found that one in three rural Alaska communities had no local law enforcement of any kind, and some towns, desperate for police of any kind, hired officers convicted of felonies, domestic violence, assault and other offenses that would make them ineligible to work in law enforcement or even as security guards anywhere else in the country.

“I feel honored and conflicted. It feels amazing to win one of the highest honors in journalism, but at the same time, for many of the people in our stories, not much has changed,” Holmes said. “Many of these communities still have no local cops and a rate of sexual violence that is much higher than the national average.”

The OHIO VisCom alums traveled to remote communities in Alaska, capturing the reality of many rural areas that still don’t have running water or a sewer.

Holmes’ primary focus for the project was taking still photos, as well as aerial photos and videos. He also produced two 360-degree video projects, one documenting life in a community that has law enforcement, and another that has none.

“I'm pleased that we are continuing this project another year, this time focusing more on sexual assault,” Holmes added. “Law enforcement and sexual assault have long been problems in Alaska, and it's good that we are shining a light on the problems.”

Clark, a native of Lancaster, Pennsylvania, was named a finalist in Feature Photography for her work on “For one Maine family, the long, hard road from ‘nowhere’ to home,” a photostory that looked into a working Maine family, the Lupiens, as they fell into homelessness and found new housing.

“I often think back through the past few years of my life and it’s still hard for me to comprehend how I got here,” Clark said. “The VisCom department is truly legendary and one-of-a-kind. I love and miss them with all of my heart.”