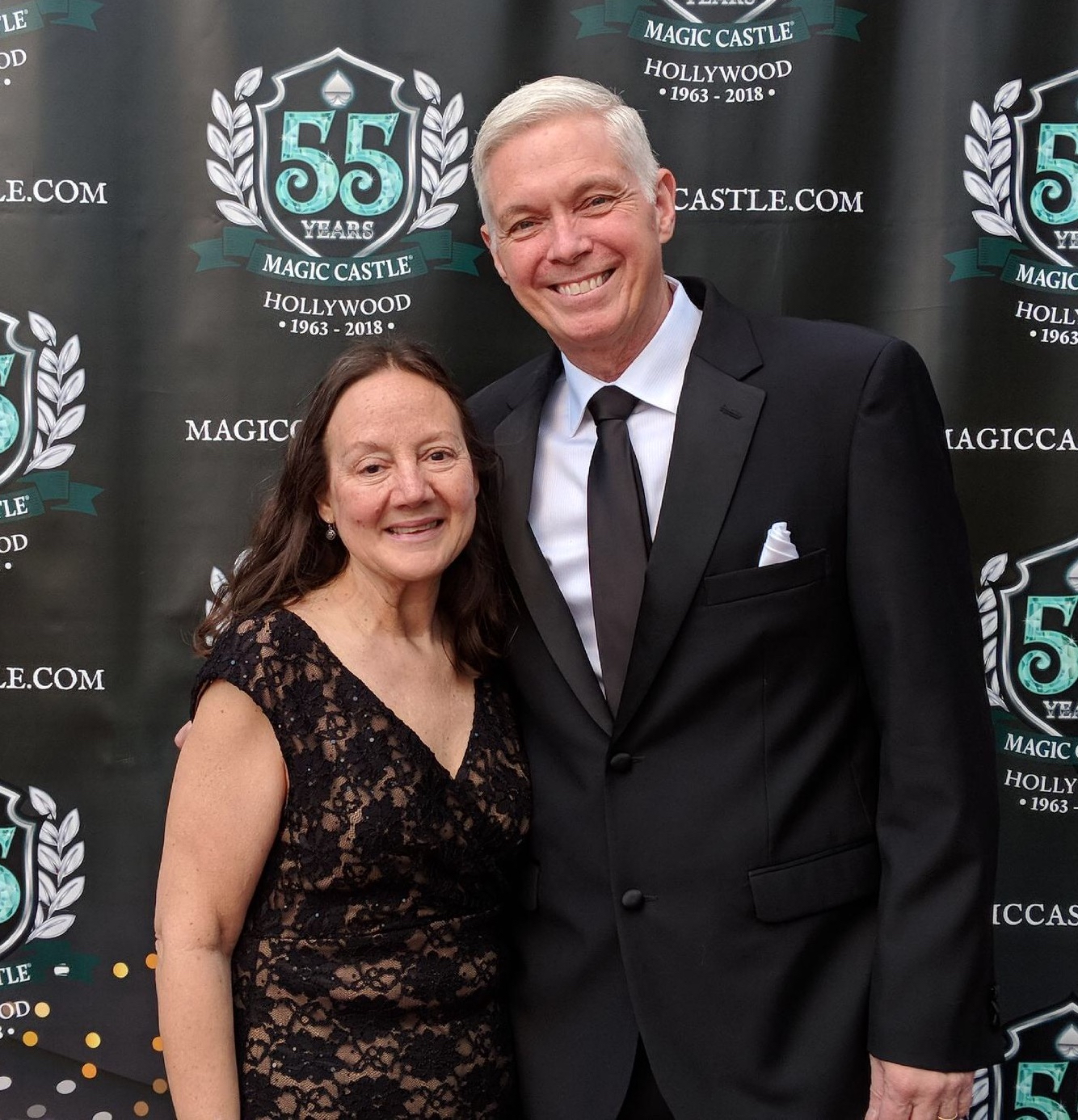 The first ever Patricia Butcher Cooper OHIO-in-LA Scholarship was presented during the recent 2020 MDIA Virtual Awards hosted by the School of Media Arts & Studies (MDIA) in the Scripps College of Communication.

MDIA faculty member Roger Cooper, along with his mother, endowed a scholarship in memory of Cooper’s wife Pat, who passed away last year. The award provides funding for a student to attend the OHIO-in-LA program, which Cooper directs.

“I was pleased to announce the first of an enduring scholarship to honor my late wife,” Cooper said. “Pat was so instrumental in the creation, growth and success of our OHIO-in-LA Program. She would go on excursions with the students and just really loved being involved in the program. It meant so much to me.”

During the virtual awards, Cooper said Pat completed her bachelor’s degree in two and a half years, partly because “she was really smart,” but also due to the financial constraints of paying for college.

Presenting the award in a recording, Cooper explained that Pat was diagnosed with cancer in April 2019. On her birthday, June 25, she was admitted to the emergency room following a reaction to chemotherapy treatments. In the hospital room the next day, he gave her a birthday card describing the endowment he and his mother had created for her scholarship.

“I can’t tell you how moved she was by that,” Cooper said. “She was so surprised and was so humbled by it, but so deserving of it. I’m so thankful I was able to let her know how much she meant to the program while she could still be here and really appreciate all that she has done for the LA Program.“

Pat was born in the South, but Cooper said she had “pure Midwest values.” He said that when he works with these MDIA students in LA who are doing or are on their way to creating “such special things”, he sees Pat in them.

“It only encourages me more to work to help students develop and become all that they can be in the industry or whatever it is that they are passionate about,” he said.

During the awards ceremony, Cooper thanked the 25 people who helped build up the endowment, including former LA Program students; peers; colleagues; and family and friends. He gave special thanks to Pat’s sister, Lynn Butcher Wilson, and to Kyle Bowser, who was “instrumental in starting the LA Program,” for providing an initial donation that allowed the scholarship to begin in its first year.

Meredith Wammes, a rising junior in HTC Media Arts & Studies, was the first recipient of the Pat Cooper Award.

“I think anyone receiving an award is grateful but knowing the person and story behind this scholarship made me feel so humbled,” Wammes said. “While in Professor Cooper’s Business of Media class, it was on the first day of class when he mentioned Pat. I never had the honor of meeting her, but I’ve heard that she gave great support to the students in the OHIO-in-LA program and loved being involved in their semester away.”

With a focus in sound production and post-production, Wammes said she has enjoyed her work in sound for film, music, theater and games. She is the treasurer of the Ohio University Immersive Media Association and a member of the Audio Engineering Society. She said she is greatly looking forward to her involvement in the OHIO-in-LA program this fall.

“I realize this scholarship means a lot to so many people and being the first recipient of it makes me feel honored,” Wammes said. “I will work hard and try my best to represent this scholarship in a way that showcases the wonderful characteristics of Pat.”

While it’s possible that the coronavirus will disrupt plans for this fall’s OHIO-in-LA program, Cooper said they are still planning to move forward.

Cooper closed the virtual presentation by saying that Meredith is a “fantastic student, a wonderful person and Pat would have absolutely loved her. She is going to be so, so successful.”