OHIO’s Tantrum Theater announces the production of alumnus’ Broadway hit Natasha, Pierre & The Great Comet of 1812 as part of an exciting 2020-21 season 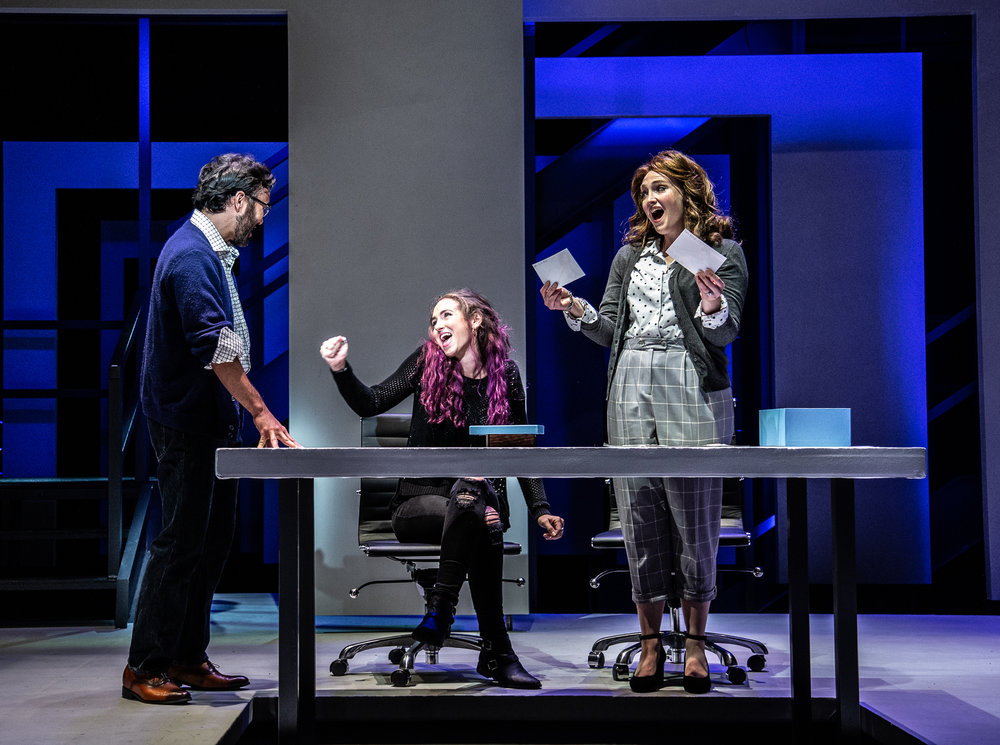 With music, lyrics and book by Malloy, Natasha, Pierre & The Great Comet of 1812 is an electropop opera based on a part of Leo Tolstoy’s War and Peace. Young and impulsive, Natasha Rostova arrives in Moscow to await the return of her fiancé from the front lines. When she falls under the spell of the roguish Anatole, it is up to Pierre, a family friend in the middle of an existential crisis, to pick up the pieces of her shattered reputation. This bold, award-winning musical is the first musical production to launch the School of Theater’s new musical theater program.

“This classic Tolstoy story takes place in a dizzying and confusing world, following two outsiders on the brink of social and emotional ruin and unsure how to affect change on their lives, when on the brink of tragedy they find a moment of humanity and connection,” said show director Alan Patrick Kenny. “I believe this speaks powerfully to our current political moment. Since I arrived at OHIO in 2018 and learned that Dave Malloy is a School of Music composition major alum, I have dreamed of doing Great Comet as our first major musical to launch the new Musical Theater track and Actor-Musicianship certificates, as well as the first musical produced by Tantrum Theater on the Athens campus.”

“Like our production of alumni Qui Nguyen’s She Kills Monsters in 2020, staging Malloy’s Great Comet, is a continuation of our ongoing commitment of celebrating OHIO made theater writers, and new works of theater, in a partnership between the Tantrum Theater and the School of Theater,” Michael Lincoln, director of the School of Theater said. “We’re excited to be presenting one of first post-Broadway productions of this professionally licensed highly celebrated musical.”

The 2020-2021 School of Theater season opens Oct. 8-17 with People, Places, and Things by Duncan Macmillan, directed by 3rd year graduate student Corey Ragan, in the Forum Theater. Then Nov. 19-21 and Dec. 1-5, Tantrum Theater presents: Our Country’s Good by Timberlake Wertenbaker, with professional direction by Ameenah Kaplan in the Forum Theater. The School of Theater brings William Shakespeare’s The Tragedy of Macbeth to life, directed by third-year graduate student Dustin Brown in the Forum Theater, Feb. 18-27, 2021 followed by Blood at the Root by Dominique Morisseau, from Feb. 24-March 4 in the Hahne Theater (director TBD). Following the production of The Great Comet, the 25th Annual Seabury Quinn, Jr. Playwrights’ Festival closes the season, April 15–24, 2021.