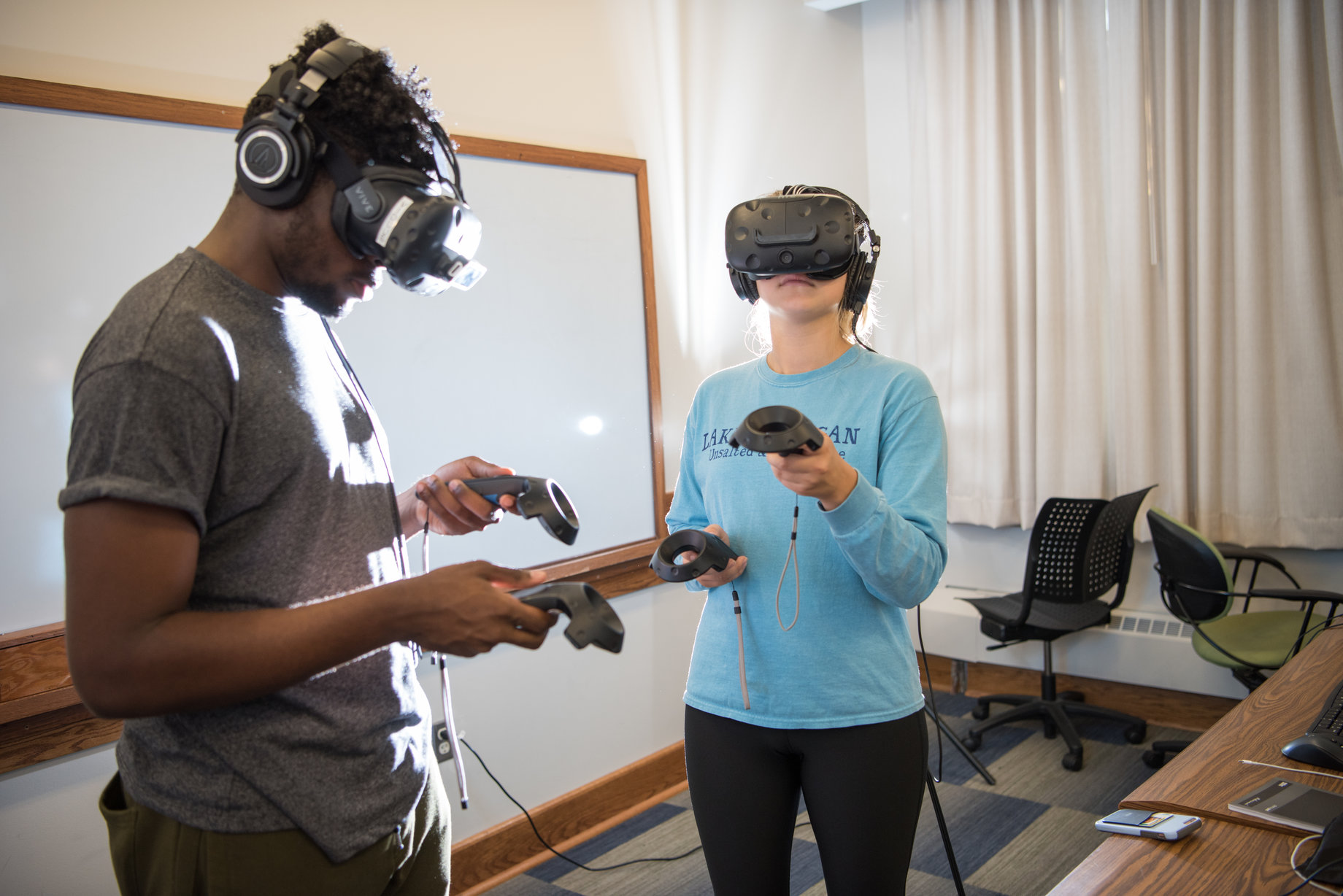 The idea to create 360-degree videos, or “cine-VR” (short for Virtual Reality Cinema), from the student’s perspective during quarantine grew out of the class Virtual Reality Production: 360-Degree Storytelling, where students were to study documentary production for the last half of the semester.

Since students are completing the semester remotely due to the COVID-19 outbreak, Eric Williams, professor in the J. Warren McClure School of Emerging Communication Technologies, had the idea to send students 360-degree cameras to capture their lives during the pandemic and collaborate on a “daily documentary.”

“In traditional media, the message is always given to us by the storyteller, whereas in cine-VR the viewer creates the story for themselves,” Williams said. “The viewer becomes the camera and by turning their head, they edit the piece themselves. Therefore, the audience creates the message and the meaning – it is not prescribed to them. So, in a time when people are social distancing, this cine-VR allows us to ‘visit’ other locations and look around as if we were actually there, and to step into someone else’s shoes in a very intimate way.”

Through this project, students gain the educational component of the class through actively and creatively engaging with the camera equipment, as well as devising their own story and how they want to tell it.

Students participating in the documentary series can post about whatever they’d like, with some minimal guidelines, such as always abiding by the CDC COVID-19 guidelines. The videos must also contain a time stamp, use the 360 space, be uploaded using a pseudonym instead of the student’s actual name and can only be five minutes maximum.

“The daily documentary project has given me a creative outlet that allows me to not only share my quarantine experience with a virtual community but also cope with my lack of social interaction at this time,” Megan Westervelt, a graduate student in the Scripps College MFA in Communication Media Arts program said. “It has also given me the opportunity to experiment in a new communication medium, with my husband, in the comfort (and safety) of my home, while contributing to a much bigger conversation with other creators and audiences. I am grateful for this project and truly hope my videos can help create a sense of community and optimism as we push through these tumultuous times together.”

Westervelt, who uses the pseudonym Silk Phoenix in the documentary, has been recording her daily documentaries from her home in Guysville, Ohio.

Not only are students allowing viewers into their homes, but some faculty and staff of OHIO’s GRID Lab are also capturing their daily lives in 360. For instance, John Bowditch, director of the GRID Lab, and Matt Love, the GRID Lab’s cinematographer and digital production expert, were so excited by the project, they chose to post regularly as well.

“The students and faculty involved in this documentary have invited the world into their homes (their kitchens, their living rooms, their bedrooms and their bathrooms),” Williams added. “Over time, it’s a very intimate portrait of how they are living their lives in this critical time. Physical distancing has limited intimacy, but this documentary has allowed for a greater sense of it.”

Williams also explained that the power of this documentary isn’t found in a single piece, but rather the collection as a whole.

“We’ve created an interactive quilt of human stories,” he said. “The students have opened up their hearts, minds and their homes to show the community that we can collectively fight this pandemic and make our way through the quarantine unscathed.”

Williams included that the class posts every day and plans to do so for 36 straight days. With an average posting of 2.5 minutes and the group posting two to three videos every day, the documentary will be more than three hours long by the end if watched entirely through, although that’s not the recommended way of watching.

“These daily documentaries should be explored more than watched,” Williams said. “This is a new way to tell stories where the viewer gets a chance to make their own documentary by picking and choosing which pieces to view and when. They get a chance to watch the part of the screen that they want to explore, so really nobody ever sees the same documentary.  This is the power of a new medium.”

To view all of the videos, visit this link.

The GRID Lab is also using this time of quarantine to write a book about the power of cine-VR. The book will be published by Focal Press in the fall.