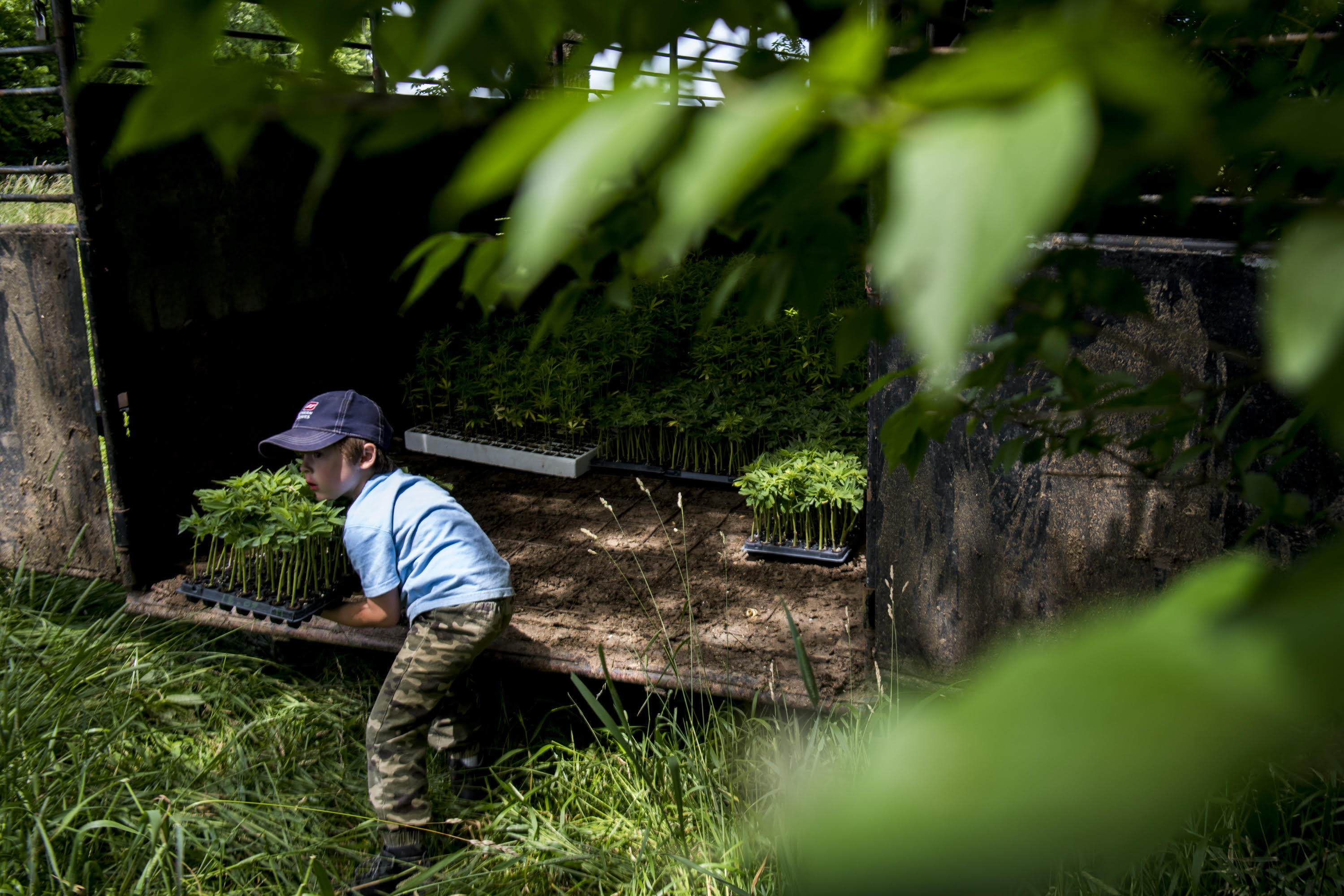 Swensen, a Pittsburgh native, is a second-generation VisCom student whose interest in the career came from growing up around amazing photographers like his father, Jeff, who is a freelance photojournalist and completed graduate coursework in OHIO’s VisCom program earlier in his career. His work is also strongly influenced by photographers like Chris Hondros, Justin Merriman, Stephanie Strasburg, and Todd Heisler.

“It was through them that I became deeply interested in the human condition and storytelling,” Swenson said. “I knew that OHIO’s VisCom program had a great staff of professors that could help me acquire the skills needed to tell stories and how to operate in an ever-changing world of journalism. I feel a deep sense of gratitude to all of my professors.”

The photos Swensen submitted for the prize were part of a project documenting a Kentucky farmer and his family, following them as they transitioned from farming tobacco as their main crop to farming hemp. Part of the project was completed for his VisCom capstone class taught by professor Stan Alost.

“Michael is a very driven and creative individual,” Alost said. “He sees the world in a unique way and is able to create photographs that take audiences into common places and make them feel special. He is able to use light and moments to create images that evoke emotions from an audience and help us understand others.”

The award comes with a $3,000 scholarship and qualifies Swensen for the National Photojournalism Championship. A trip to the championship competition is normally part of the prize but due to the COVID-19 pandemic, the organization is evaluating alternative possibilities for that portion of the contest.

“I am honored and grateful for everyone who made this work possible,” Swensen said. “I’m proud to be a VisCom student.”

According to a press release from the Hearst Foundation, the competition winners were selected from 89 entries submitted from 55 schools nationwide in the second and final photojournalism competition held this year. The Hearst Journalism Awards Program is an annual award in its 60th year, with the photojournalism category in its 50th year. It is fully funded and administered by the William Randolph Hearst Foundation.