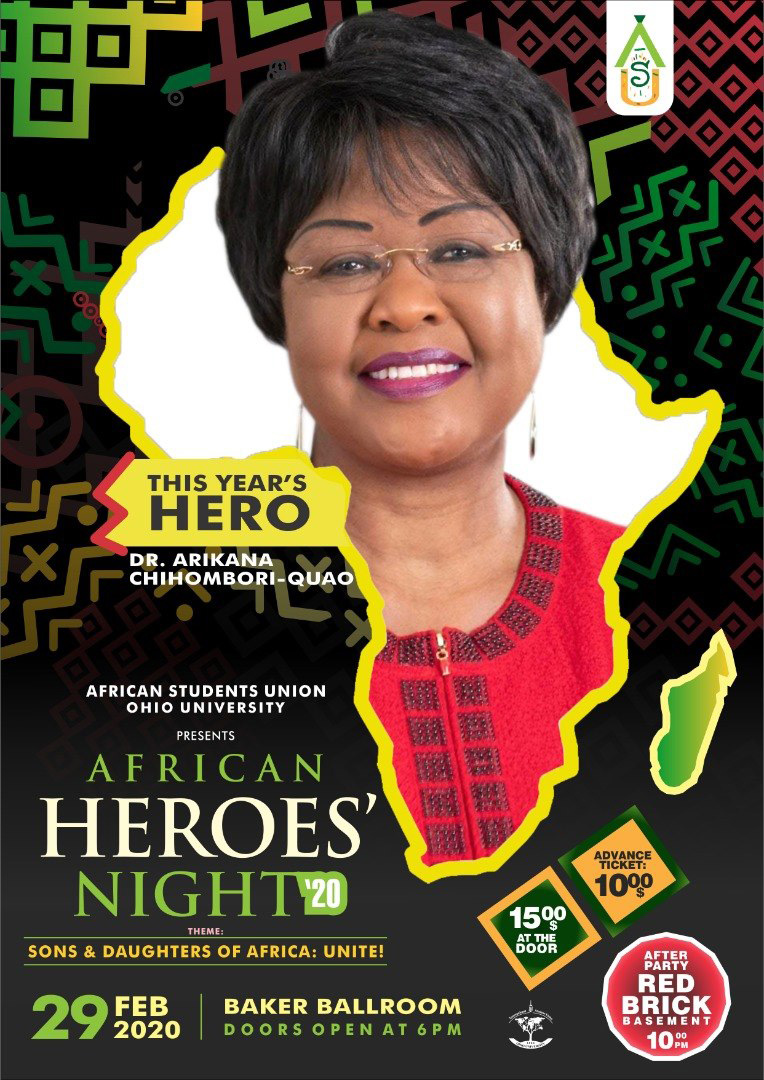 This year’s winner of the African Heroes’ Award is Dr. Arikana Chihombori-Quao, a medical doctor and activist. She was born in Zimbabwe and later migrated to the United States in 1997.

She was appointed the African Union representative to the U.S., a position she held until October 2019. Dr. Chihombori-Quao’s work in activism seeks to unite African states and Africans in the diaspora. Internationally, she is known for her work and passion in promoting women’s rights around the globe. She is expected to attend the event.

“The African Heroes’ Award was created to mark and celebrate the prison release of Nelson Mandela, the late president of South Africa.

President Mandela became the first recipient of the award in 1991. Since then, the award has been given every spring semester to an African and Africanist who is contributing to the development and advancement of both the African Continent and the people of African descent, either on the continent or in the diaspora.” said Omar Baralabe, president of African Students Union.

Previous winners of the award include:

To honor other African heroes, each table at the event will have the name of an African hero and their brief biography. Entertainment will include African songs, music, dances and poetry. Food from various African countries will be served.

The public is welcome to attend a free afterparty at 10 p.m. in the Red Brick Tavern Basement.