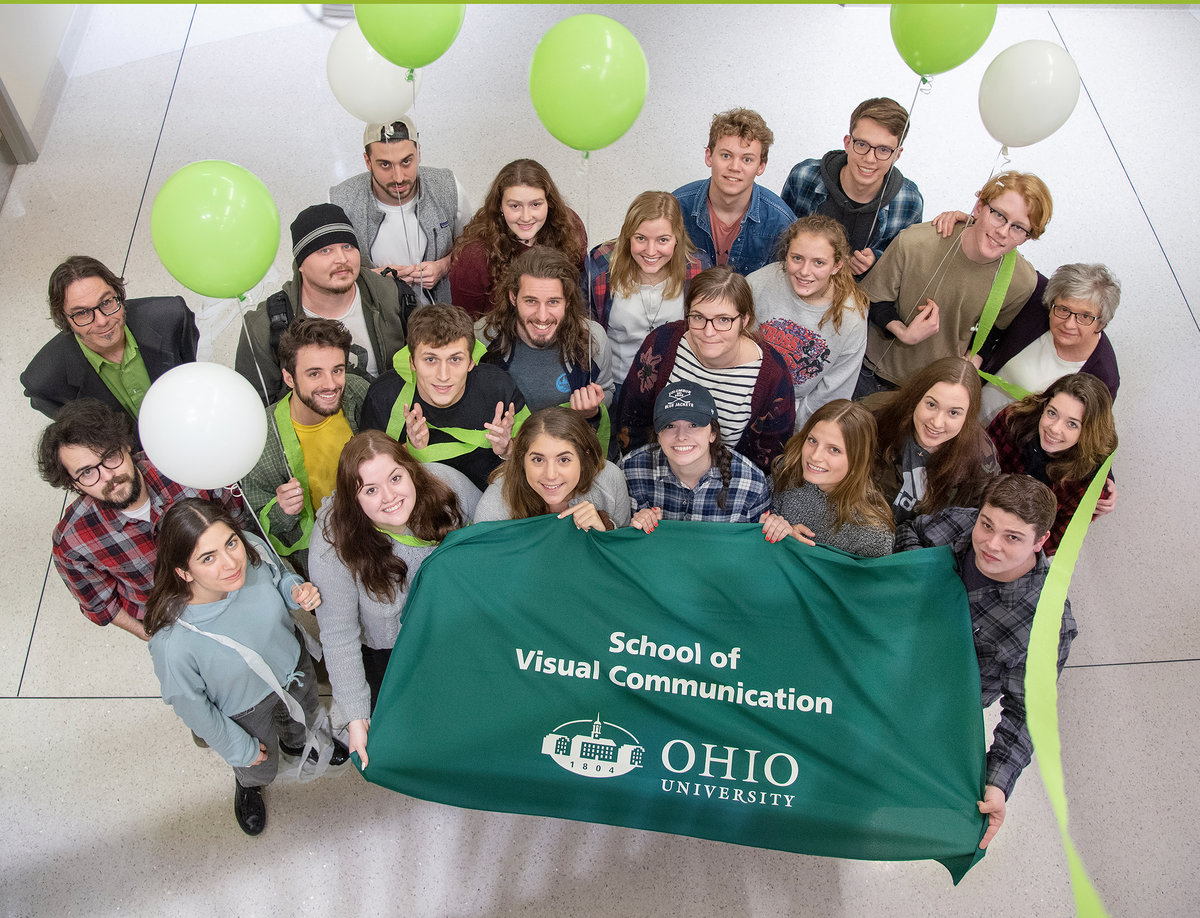 The National Press Photographers Association (NPPA) awarded Ohio University’s NPAA Student Chapter the Outstanding Student Chapter Award for the second year in a row and the fifth time since the inception of the award.

“I’m so proud of our students in the Ohio University chapter of the National Press Photographer’s Association,” Dean of the Scripps College of Communication Scott Titsworth said. “Their engagement, hard work and overall excellence are a reflection of the legacy of excellence in photojournalism that has been part of VisCom from its very beginning. This award is further evidence that VisCom is one of the very best photojournalism programs in the world.”

The award is given out to an outstanding student chapter that represents NPPA’s efforts to honor those who make visual journalism stronger, build communities and expand the reach of NPPA in its mission to promote visual journalism and journalists. The NPPA honors people who elevate photojournalism, photojournalists who have reached outstanding technical achievements, leaders who advance NPPA goals, people who fight for First Amendment freedoms, and educators who inspire.

The NPPA included that OHIO’s student chapter has set the bar for what student chapters should be doing, by way of bringing in a diverse selection of top-notch speakers, encouraging the attendance of workshops, creating shared online resources for their fellow students and constantly pushing one another to do more and be better. They also went on to say the dedication to consistency and excellence further proves the strength of the School of Visual Communication at Ohio University.

According to OHIO’s NPPA Chapter President Madeleine Hordinski, each year the student organization tries to incorporate new events into their schedule to further develop their students. Last year they brought two renowned photojournalists to lead an artist talk on campus, as well as led a mentorship program, documentary nights, photo swaps and teamed up with The Columbus Dispatch to get portfolio feedback.

For this year, the chapter led an OHIO Photographer of the Year contest where OHIO photo students submitted their best images made in the last year to be judged by photojournalists and editors at The Columbus Dispatch. The winning images were then displayed in the Front Room gallery. Furthermore, by the end of the year, they’ll have brought two more successful photojournalists to lead an artist talk open to the public, led another successful year of the mentorship program, created their first ever photo-trivia night and continued the long-lasting traditions of having portfolio review nights and documentary nights, among others.

“I love NPPAOU because it’s where I’ve met many of my closest friends and it’s an incredibly supportive community with invaluable opportunities for learning, mentorship and it’s also a great space to have fun,” Hordinski said.

Along with the chapter winning the national award, VisCom graduate Kainaz Amaria also received the John Long Ethics Award. This national award is given to an outstanding photojournalist who has upheld, shaped and promoted ethical behavior in all forms of visual journalism. Amaria, a photojournalist turned editor who worked on NPR’s Visual Team before becoming the visuals editor at Vox, was recognized for being a leading voice in the industry and framing conversations of visual journalism through the lens of representation.

OHIO’s NPPA students and Amaria will receive the awards at the NPPA Annual Awards ceremony on Saturday, March 7 in Fairfax, Va.