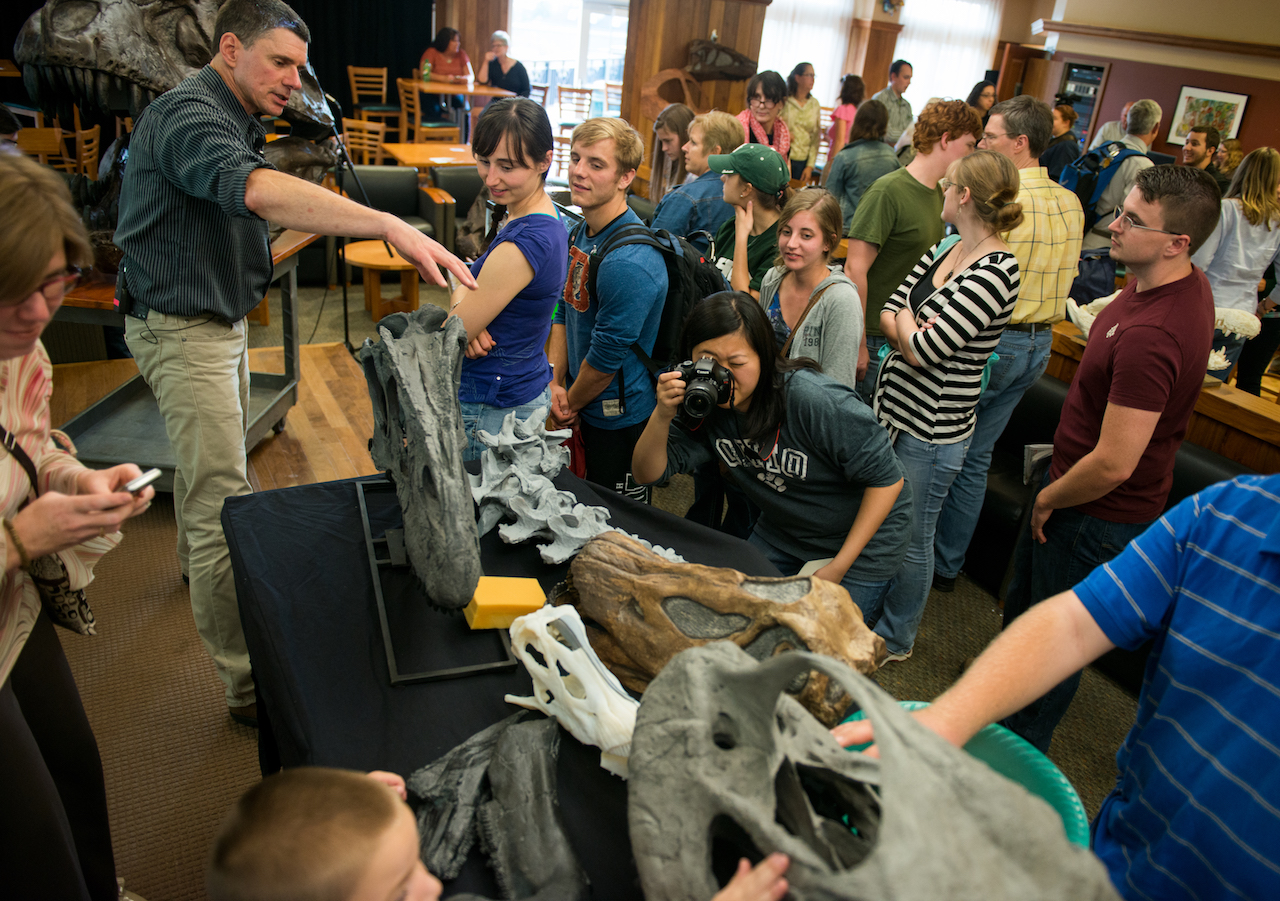 Ohio University’s Sigma Xi chapter was honored with a Chapter of Excellence Award for 2018-2019 during Sigma Xi’s 120th Assembly of Delegates.

Sigma Xi, The Scientific Research Honor Society, focuses on and honors science and engineering research. The society was founded in 1886, with OHIO’s chapter established in 1961.

“The award was an unexpected honor for the chapter,” said Sarah Wyatt, chapter president and professor and director of molecular and cellular biology. “The award is unsolicited, based on the chapter annual report, so it was quite a surprise for us when we received the notification.”

The Chapter of Excellence Award only goes to the top two or three percent of chapters. This achievement focuses on chapter activity, innovative programming, and community leadership, in regards to Sigma Xi’s mission: “To enhance the health of research enterprise, foster integrity in science and engineering, and promote the public’s understanding of science for the purpose of improving the human condition.”

One of OHIO’s Sigma Xi activities include co-sponsoring Science Cafés, which promote science, engineering, technology and medical discussion for students. Science Cafés are hosted most Wednesdays at 5 p.m. in Baker University Center Front Room. A full list of events for the spring semester can be found at www.ohio.edu/sciencecafe/.

“We would especially like to thank President M. Duane Nellis, a Sigma Xi member himself, for his office’s support of the chapter,” said Wyatt.

Other chapters that were awarded the Chapter of Excellence award this year include Louisiana Tech University, Centers for Disease Control and Prevention, Virginia Tech and Carnegie Mellon University.

Sigma Xi’s members include over 200 Nobel Prize winners, along with 100,000 scientists and engineers. Worldwide, there are currently over 500 chapters at universities, colleges, government laboratories and research centers.