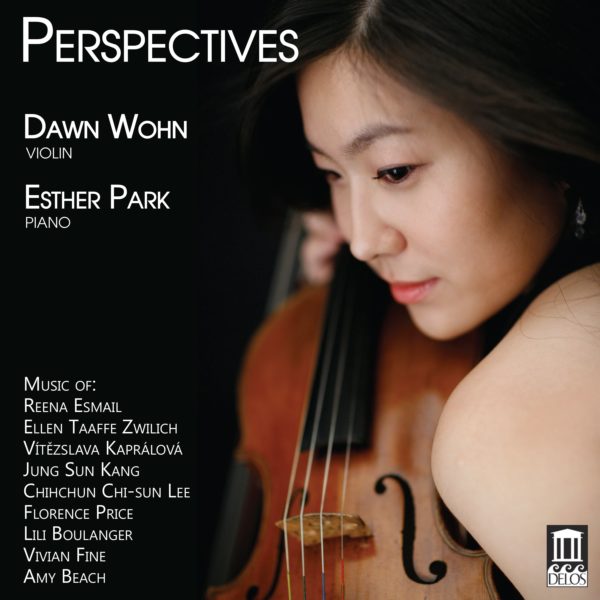 “While diversity in music is currently being encouraged, it is still true that most of the classical music world is dominated by the European tradition and is largely male-centric,” Wohn said. “Even as a student at prominent schools such as The Juilliard School, Yale University and Stony Brook University, I studied very few works that were not part of the traditional Western Music idiom, and even fewer that were by female composers.”

Produced by the label Delos, Wohn worked with pianist Esther Park on creating an album that contained a variety of works from female composers, such as Nocturne by Lili Boulanger, and Legenda by Vítězslava Kaprálová, two composers who died tragically while in their 20s. Commissioned specifically for this album was StarCrossed by Jung Sun Kang, which tells the story of two unlucky lovers. Also included on the album is Deserted Garden and Elfentanz by Florence Price, which highlights the talents of this African American composer whose works are just beginning to receive the attention they deserve.

Wohn and Park have been making music together for 20 years, since their days as students in Juilliard’s Pre-College Program. Their goal for the album is to introduce listeners to pieces they’ve never heard and to allow listeners to expand their horizons with its great diversity in works by female composers from several cultures.

“As a performer and educator, I encourage listeners, musicians and teachers to seek out, listen to, perform, program and teach diverse repertoire in conjunction with the traditional canon,” Wohn explained. “I truly enjoy introducing listeners to music they have not heard before, and music by female composers often falls into that category. The works on this album represent different cultures and different perspectives of women composers, reaching back to the 19th century and into the 21st, including a work commissioned specifically for this project.”

The album was supported by an Ohio University Research Committee grant, as well as a College of Fine Arts Professional Activity Award.

The album is available beginning today on all major online and physical outlets worldwide including Amazon, Apple Music and Spotify. It was also chosen as an Apple Music Featured New Album and a Spotify pick.