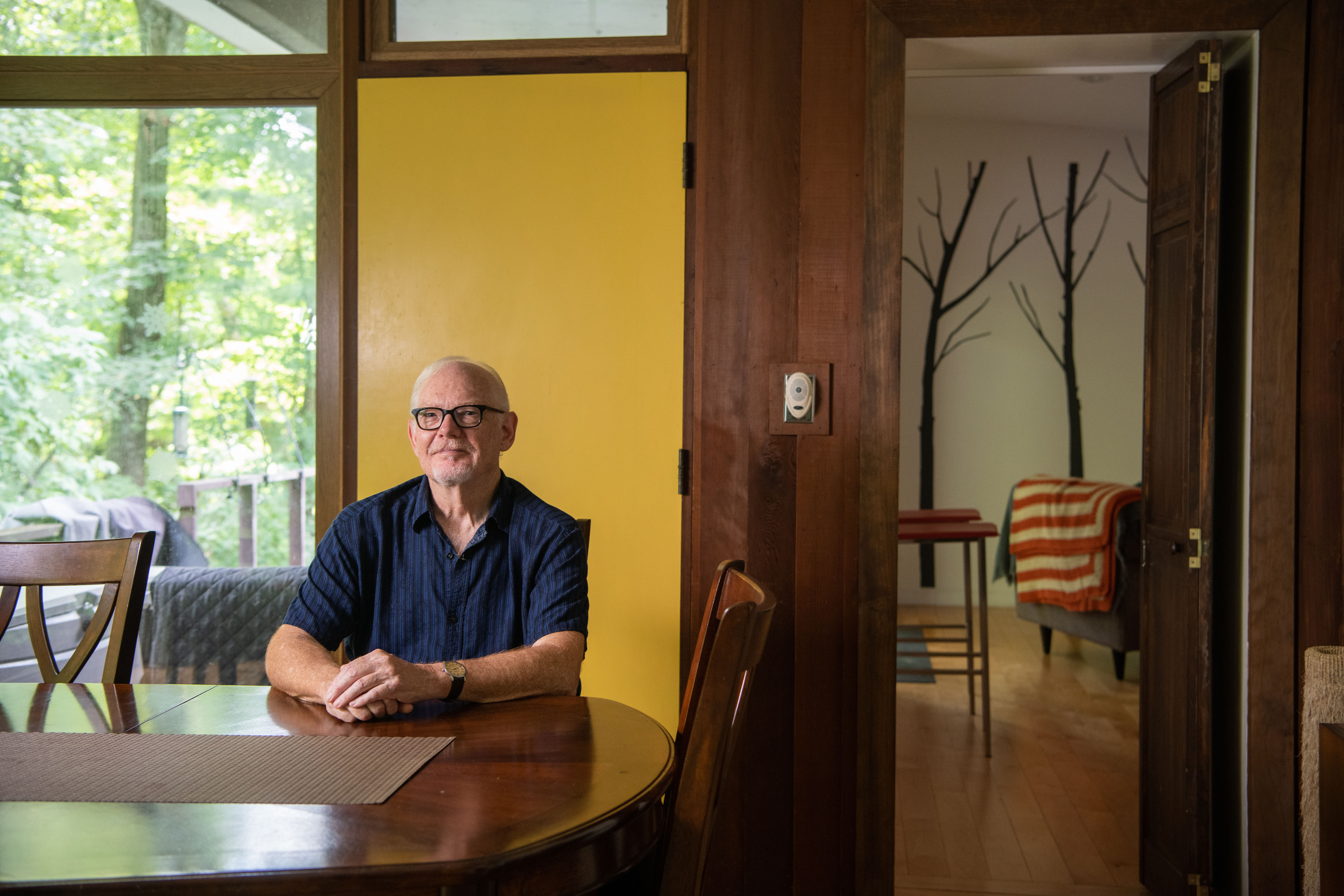 Scholar Gary Holcomb was conducting research on writer Claude McKay — a key literary figure in the Harlem Renaissance, a cultural movement in the 1920s — when he came across a reference to an unpublished novel. Intrigued, he contacted the Schomburg Center for Research in Black Culture, which housed the manuscript in its archives.

Holcomb, who was conducting research for his dissertation at the time, was amazed by what he read: A story that discussed the trials of immigration and featured a diverse set of characters, including a protagonist who is black and disabled as well as members of the LGBTQ community. But unlike other novels of the time period, these characters weren’t portrayed as subcultural.

“I’d never seen it before in any piece of literature,” said Holcomb, who has extensively studied Harlem Renaissance writers.

When he asked the Schomburg Center about the likelihood of publication, it wasn’t optimistic, he recalled.

But that didn’t stop Holcomb, today a professor of African American Studies at Ohio University, from studying the unpublished novel further and striving to get it a wider audience.

In February 2020, in conjunction with Black History Month, Penguin Classics will publish McKay’s Romance in Marseille with an extensive introduction, annotations and note on the text developed through research by Holcomb and fellow scholar William J. Maxwell of Washington University at St. Louis.

More than 20 years after first reading the novel, Holcomb credits the publication of Romance in Marseille to a renewed interest in discovering lost works of American authors such as McKay or John Steinbeck. In fact, Penguin published another unknown McKay novel, Amiable with Big Teeth, in 2017, which generated much discussion in the literary world, Holcomb noted.

Why was Romance in Marseille never previously published? Through research into McKay’s correspondence with agents and fellow authors, Holcomb points to a few factors that left the manuscript buried in the archives. The novel focused on characters that were on the outskirts of society at the time — gay dock workers, prostitutes, Communists — and some of the scenes could have raised concerns with publishers about running afoul of obscenity laws, Holcomb explained.

The Great Depression had made publishers in the 1930s less likely to gamble on an unconventional novel as well. McKay rewrote the manuscript to be less of a slice-of-life character study — the style of his previous work, including the best-selling Home to Harlem — and more of a plot-driven tale that might be more commercially successful, Holcomb noted.

Holcomb discovered that two versions of Romance in Marseille existed — a shorter, earlier version in an archive at Yale University and the longer manuscript at Schomburg. The scholar’s research suggests that McKay struggled with the novel for several years before shelving it for other projects. At one point, his letters revealed that he had forgotten writing it.

Although the novel’s content would have been considered somewhat controversial at the time of its writing, Holcomb notes that its frank discussion of immigration and focus on diverse characters makes the book very topical for today’s readers.

The novel follows the story of an African man, Lafala, who stows away on a ship to America. When he incurs serious injuries on the voyage that lead to his permanent disability, he successfully sues the shipping company. He returns home to Marseille, France, where he resumes an affair with a prostitute. Stowaway stories were quite common in the 1920s and 1930s, Holcomb found, and McKay’s correspondence suggests that the novel is based on a real legal case.

Some early readers of the McKay manuscript asked the author why the protagonist was presented in an unsentimental light, which was not typical of how individuals with disabilities were portrayed in literature of the era, Holcomb said. But McKay did not want Lafala to be a symbol of a social problem.

“He tries to make him a really full-blown character, and not a representation,” Holcomb explained.

McKay also refused to portray his LGBTQ characters in a manner stereotypical of the times — either as sentimental or decadent individuals.

Holcomb, who is also the co-editor of the forthcoming Dear Harlem: The Letters of Claude McKay, will be giving talks and co-editing a special issue of a literary journal devoted to Romance in Marseille, in conjunction with the publication of the novel.