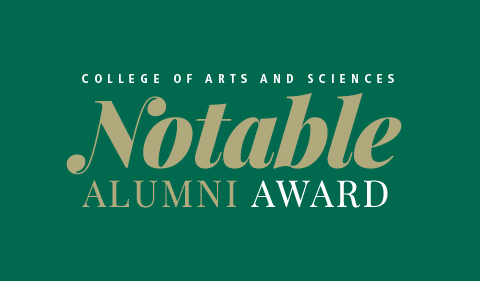 Bryttani Debro works with the Salvation Army of Central Ohio as the Anti-Human Trafficking Coordinator, helping to provide supportive client centered services to men, women and children who have been victims of sex and labor trafficking.

Debro is responsible for leadership, oversight and direction of the Anti-Human Trafficking Programs in Central Ohio, with emphasis on Franklin County and other counties in the southern portion of the Central Ohio Rescue and Restore Coalition service area. She develops and implements victim services programs to meet the needs of trafficked persons, including outreach, emergency response, case management, therapy and a drop-in center. Her responsibilities include supervising staff and interns, as well as overseeing the Well (the center for women trafficked in the sex industry), and emergency response to calls placed to the Central Ohio Reach and Restore Coalition 24/7 trafficking hotline. She also facilitates meetings of the Central Ohio Reach and Restore Coalition and works to maintain and build community and state partnerships.

“We’ve seen an influx in survivors that are in need of assistance,” she says. “So that is why we have decided to have a drop in center on the West Side, to bring those services directly to them in their community.”

For thousands of women and girls in central Ohio’s world of sex trafficking, finding a safe place with resources could be the difference between life and death.

“We want to let survivors know that there are social service agencies that care for them and provide them services if and when they are ready to leave,” Bryttani Debro, Anti-Human Trafficking Coordinator with the Salvation Army said.

She earned a B.A. in Sociology-Criminology in 2013 from the College of Arts & Sciences at Ohio University, followed by a Master of Public Administration in 2016, and she and will be completing her second master’s, in Social Work, in May 2020. She currently volunteers as the Volunteer Coordinator with the Tussing Elementary PTO and is completing her Master of Social Work internship with the Homeless Families Foundation.

“I live passionately everyday finding for the marginalized population whose voice is not heard,” she said in a 2017 story about her work.

In 2017 she visited Dr. Nicole Kaufman’s SOC 3600 class to talk about human trafficking.

“It is important for students to learn about victimization and crime trends from many perspectives,” said Kaufman. “Mrs. Debro allowed students to learn about the responses to human trafficking in Ohio from the perspective of someone working in advocacy in the social service sector, and advocates and service providers do not always have the same focus or priorities as law enforcement. Mrs. Debro could also introduce students to what it looks like to build a career in this field after OHIO, based on studies in multiple disciplines (including sociology and policy).”

At OHIO, she was involved on campus with the Sociology Criminology club, Ohio University Homecoming Steering Committee, and the Black Student Culture Programming Board.

She also volunteered at Scioto Juvenile Detention Center, developing her own class with the young women and visiting them bi-weekly and My Sisters Place Domestic Violence shelter.

“My educational experience at Ohio University helped me professionally by teaching me the importance of the relationships. Ohio University is a small campus academically and there were several times were I had professors that knew me before I knew them based off of the positive relationships I built with other professors,” said Debro, who expressed excitement when discussing the MPA program and its helpfulness to her current position.

“In the professional world, building and maintaining relationships is key when working in social services and wanting to provide services to victims and survivors because not one agency can do it all.”

“Also, fun fact about me when President Obama came to visit OHIO, I yelled in the crowd behind him, ‘I love you Barack,’ and he stated, ‘I love you back.'” Start at 1:20 in the video above.