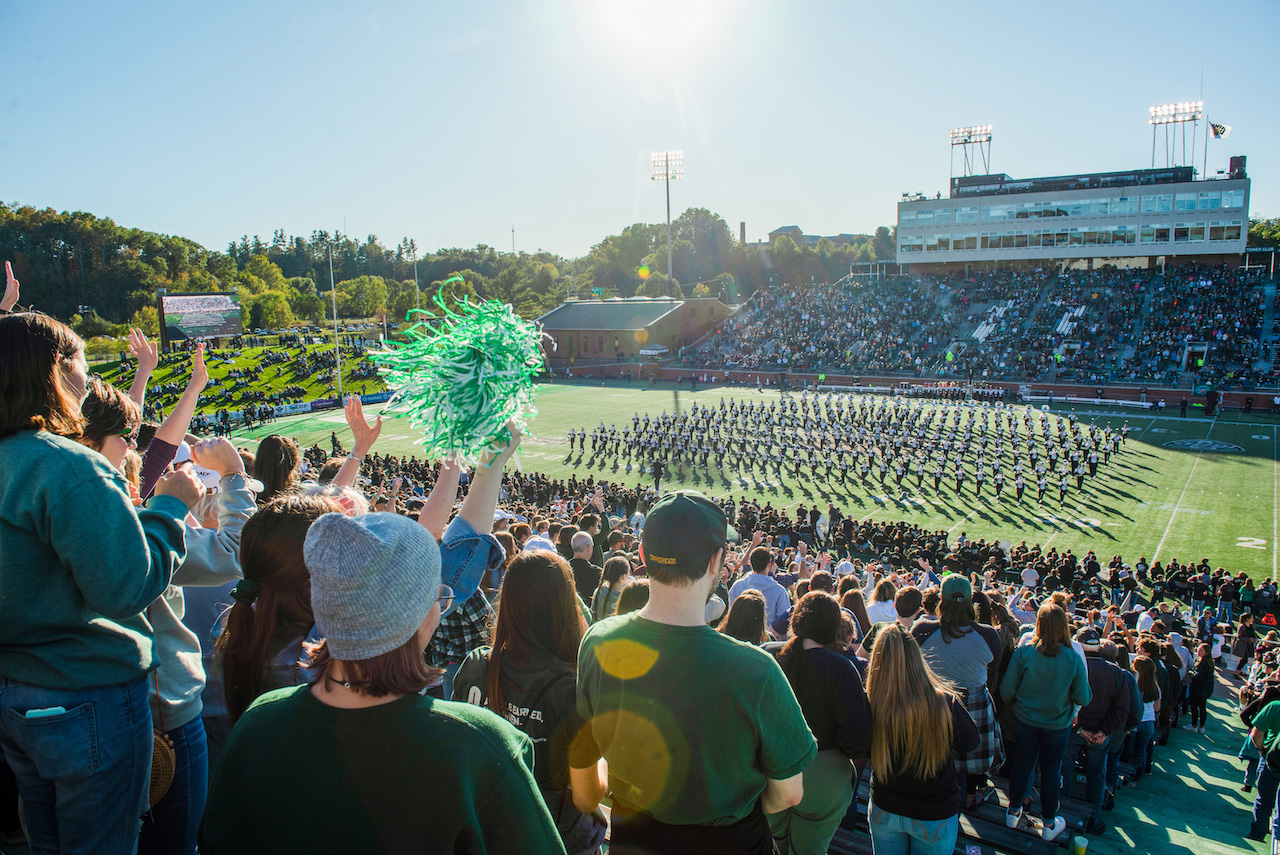 It’s always a big deal when OHIO football takes on Miami in the “Battle of the Bricks,” but this year’s game takes on added significance - it’s the only game being played on the 150th anniversary of the first-ever college football game.

The annual battle between the longtime Mid-American Conference (MAC) rivals will take place at 8 p.m. Wednesday, Nov. 6, at Peden Stadium and will be nationally televised on ESPN2. Rutgers and Princeton (then known as New Jersey) played the nation’s first college football game on this date in 1869.

A victory would give Head Coach Frank Solich his 111th win at OHIO and make him the winningest football coach in MAC history. He is currently tied with retired Central Michigan Coach Herb Deromedi with 110 conference wins.

“It's certainly great for both Miami and Ohio to be viewed on that day and the only game that's telecast,” he said. “And so, there's going to be a lot of eyes on you. With that, that's good for not only your football team and your football program, but also for your university. We're excited about being a part of it and look forward to it."

Coach Solich explained the significance of the game with OHIO and Miami tied for first place in the MAC East Division standings with a 3-1 record.

"Certainly, the team that wins this game will take a big step forward,” Coach Solich said. “The fact that it's a rivalry game between the two schools is great. That certainly adds to it. I think both teams understand the importance of this game.”

To make this historic night even bigger, OHIO Athletics will award one currently enrolled student with free tuition for the 2020 spring semester. Students will be registered to win when they scan their student ID at the Peden Stadium gates and the winner will be announced during the first media timeout of the fourth quarter. Students receive free admission to all Bobcats sporting events with their student ID. For more information, click here.

As a special incentive to come cheer on the Bobcats, Athletics is also offering up to four free tickets each to all OHIO faculty and staff. They can claim the tickets at the Convocation Center ticket office during the week between 9 a.m. and 5 p.m. or visit Peden Stadium’s Gate 2 ticket office on game day after 5 p.m. Faculty and staff must present an Ohio University ID to receive the tickets.

Staying with the 150th anniversary theme, Athletics is offering 1,500 tickets to the public for just $1.50 each. To purchase the discounted seats, visit ohiobobcats.com.

OHIO Athletics has set a goal to make history as the first-ever MAC school to sell out a midweek game.

As part of the pregame festivities, Athletics will host a pregame student tailgate in Walter Fieldhouse from 6 to 7:30 p.m. that will feature a live performance by DJ KayC as well as free Timbits and hot chocolate from Tim Hortons. Athletics will also distribute 2,000 thundersticks to students to help make Peden Stadium a raucous scene for everyone in attendance.

Fans also will have the opportunity to take pictures with the College Football Playoff National Championship Trophy, which will be on site at Peden Stadium as part of the CFB150 Anniversary Celebration.

Additionally, the University is asking the Bobcat Family around the world to wear Green and White on game day. Tag @ohiou in your photos, and we will share our favorite pictures of Bobcats in their OHIO gear!

Calling all Bobcat fans – let’s make Nov. 6 a night to remember with an overflow crowd that will capture the attention of the nation. Let’s show them through the lens of ESPN2, the pride we have in Ohio University.