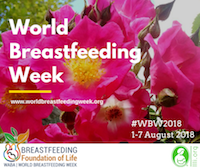 Chertok (PhD, MSN, RN), a professor and the associate director of nursing research and scholarship for OHIO’s College of Health Sciences and Professions, offered information on breastfeeding in light of World Breastfeeding Week recognized from Aug. 1-7. Chertok, an international board-certified lactation consultant, is currently researching the differences in breastfeeding and breast milk properties of women with gestational diabetes and women without diabetes. Based on her work, she said women with gestational diabetes have difficulty either with the amount of breast milk available or the timing of milk coming in. She said with a better understanding of the problem, methods of addressing the issue can be developed.

Chertok said evidence shows an infant’s immune system matures around two years of age and that breast milk up to or beyond that age yields healthy benefits.

“Babies who are breastfed have a lower risk of acute and chronic diseases such as respiratory infection, diarrhea, pneumonia and other childhood illness. Breast milk also provides the necessary nutritional and metabolic requirements for infant growth and development, supports the development of the neurologic and immune systems and promotes the entire health mechanism,” said Chertok.

She added that some of breastfeeding’s long-term benefits — even after weening — are lower risks of allergies, asthma and inflammatory diseases as well as an association with higher cognitive scores.

“The longer mom breastfeeds, the better it is for baby,” she said.

“For moms, breastfeeding also helps decrease the risk of developing breast cancer, ovarian cancer and risk for diabetes. Again, it’s dose-dependent; The longer breastfeeding occurs into toddlerhood, the more protective it is for mom,” Chertok added.

While a mother’s milk is best for her child, those who have trouble producing enough breast milk can order donated human milk from nonprofit human milk banks. Likewise, infants who are admitted to the neonatal intensive care unit may benefit from donated milk if their mothers are unable to sufficiently produce milk. Chertok said this alternative is better for babies than artificial formulas.

Currently, breastfeeding rates across the United States stand around 81 percent and the trend is increasing.

“What we’re not seeing enough of is a boost in moms exclusively breastfeeding their babies through six months of age,” said Chertok. “We know how important exclusive breastfeeding is for mothers and babies, but that rate in the U.S. is only about 25 percent. Ohio is under the national average with about 22 percent and rural Appalachia has even lower rates.”

The World Health Organization offers 10 steps to successful breastfeeding which can be found by clicking here.