Kicking off at 10 a.m. Saturday, Oct. 12, OHIO’s Homecoming Parade brings town and gown together and Bobcats past, present and future to the streets of Athens for a morning dedicated to celebrating all things Ohio University.

The Parade Grandstands will be located at the Schoonover Center of Communications (corner of Union St. and College St.).

Homecoming Parade to be livestreamed:

Whether you are able to return to the bricks or not, everyone can participate in the 2019 Homecoming Parade!

As in years past, WOUB Public Media and OHIO’s Immersive Media Initiative will be livestreaming from the parade, extending the Bobcat spirit of Homecoming far beyond the bricks of Athens. Beginning at 10 a.m., WOUB will be offering a traditional multi-camera livestream from a few points along the parade route. At the same time, the Immersive Media Initiative will be hosting a 360-degree livestream, allowing viewers to see all 360 degrees of sight from a designated location along the parade route. 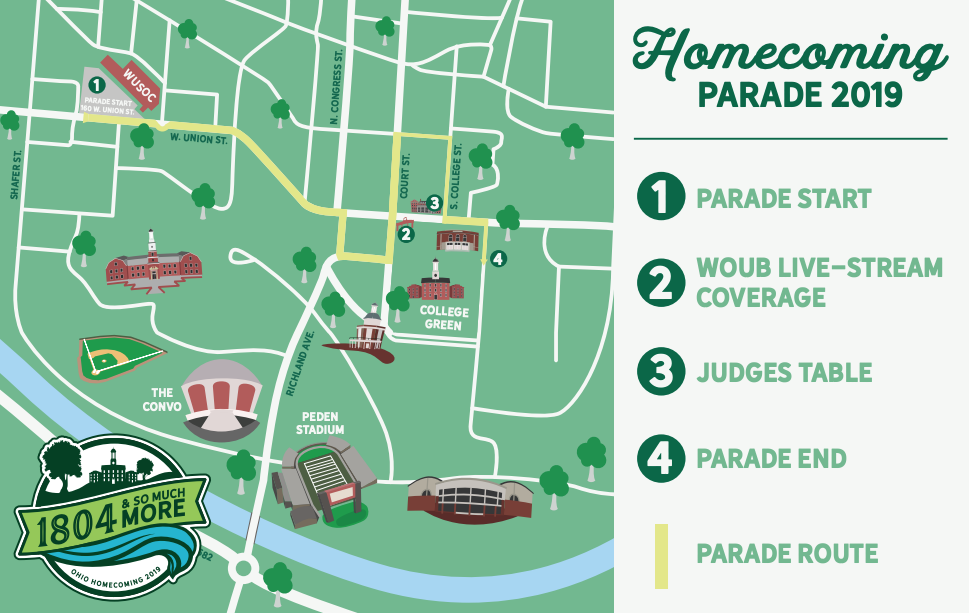 Start at 170 W. Union St. outside of the West Union Street Office Center (across from Factory Street)