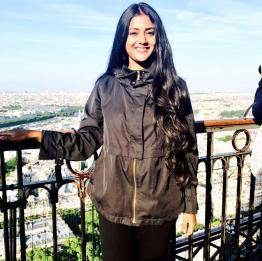 Anisha Mahima, 2020-2021 FLTA from India, teaches Hindi and loves sharing her culture with OHIO students through art, music and poetry. She is a research scholar, who is pursuing her doctoral degree on the subject of Christianity and Jewish Feminism. She has completed her master's degree in English Literature from Shreemati Nathibai Damodar Thackersey Women's University, Mumbai, Maharashtra and has continued with her PhD at the same institution. She has also completed a double bachelor's degree in Education and Economics from St. Xavier's College, Mumbai. She has taught for several years in world renowned middle schools of Mumbai, and has delivered guest lectures at undergraduate colleges. Her doctoral research focuses on texts written by Indian Jews and Christians, and the identity crisis they face as minorities in a diverse country like India. She was a former radio announcer at the national broadcasting house, All India Radio, Mumbai. She has hosted several shows pertaining to Gender Equality, Children Welfare and National Identity. She was also a Teach for India fellow in 2013 and has participated in various educational leadership summates as part of the program. 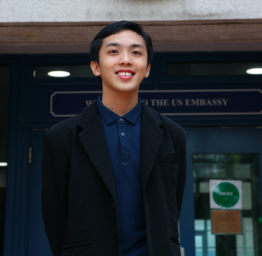 Tan Eik Ter is a 2020-2021 FLTA from Malaysia. He teaches Malaysian, the national language of Malaysia, for the Center of International Studies at Ohio University. Eik Ter, who is also known as Victor, celebrates the diversity of Malaysian cultures and practices by introducing students to local music, dance and films, an array of Malaysian clothing, recipes of Malaysian delicacies and the significance of the Malay language as a key component in fostering national unity. Eik Ter believes that learning the language of the community is not solely to achieve linguistic competence but to build a bridge of cultural understanding and appreciation. Prior to Ohio University, Eik Ter was an English teacher at SK Seafield. He earned a B.Ed in Teaching English as a Second Language (TESL) from Institut Pendidikan Guru Kampus Ipoh in 2016.