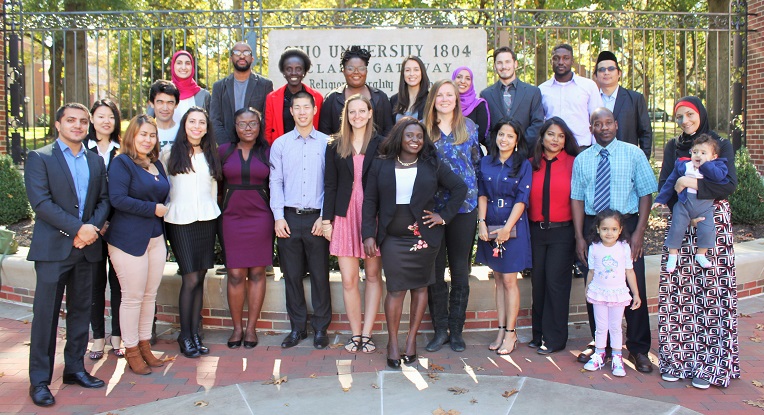 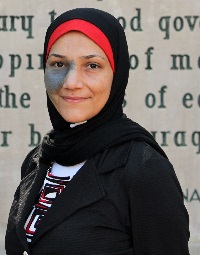 Samar (Summer) Elkahlout is from Gaza-Palestine, but her country of birth is Yemen. She finished her undergraduate study in English Literature from the Islamic University of Gaza (IUG) in 2008 in addition to a one-year diploma in Education in 2008 and another one-year diploma in Translation/Interpretation from Arabic to English and vice versa in 2009. She worked as an instructor of English Language at the IUG and British Academy for Languages in Gaza for one year.

Samar then started her career as a translator/interpreter at the Palestinian Center for Human Rights (PCHR), which is a non-governmental organization based in Gaza City, in 2010. Working in the field of human rights, being exposed to a wide range of topics and legal work within human rights in addition to communicating with international experts from the ICRC and other international organizations for eight years has triggered her passion to complete her graduate study in the development area. She was awarded the Fulbright scholarship in April 2017 to start the MA program in International Development Studies with focus on Gender at Ohio University. She is glad to have this opportunity which will shape her future career as a development practitioner to make a real change in her country. 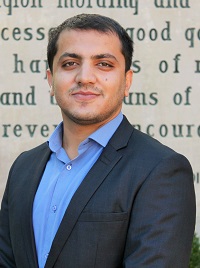 Ahmad Elyas Saboor is a graduate student from Afghanistan pursuing master's in International Development with concentration in Environment Sustainability under the Fulbright program.

Elyas has a bachelor's of Political Science and Public Administration from the American University of Afghanistan.

Prior to joining this graduate program, Elyas was working with the Asia Foundation as capacity building officer where he provided support and leadership for education and development projects. He has also worked in various capacities with other international organizations, private sector and government of Afghanistan.

Elyas has particular interest in environment and natural resource management. 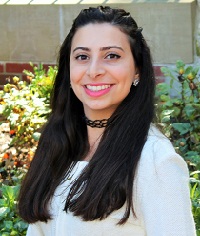 Dareen Tadros is passionate about generating a change in the world that would impact lives especially in Palestine as it is a developing country. She is a graduate Fulbrighter pursuing her master degree in International Development Studies with a concentration in Health as well as Women, Gender, and Sexuality Studies. Dareen graduated in 2015 from Bethlehem University with a Business Administration degree. She did her third year at Bilkent University in Turkey as an exchange student.

Post graduating, she worked for Bank of Palestine, one of the leading institutions investing in local development and social responsibility. Later, she was a part of teams that implemented projects with several local and international NGOs that tackled many fields including a project in education that aimed to make schools more inclusive, another project was to empower the youth and equip them with skills required for the job market. In her opinion, to achieve development, the main sectors that require intervention and improvement are education and health. She has a vision and accordingly, she is focusing her studies in health and pursuing to conduct projects in that sector to enhance the health system in Palestine towards being well-built, more effective and sustainable. 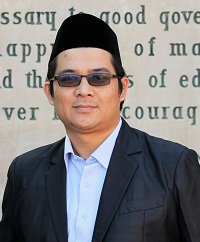 Deni Wahyudi Kurnaiwan, is a graduate student from Indonesia at IDS. He graduated from Syarif Hidayatullah State Islamic University (UIN Jakarta) majoring in Islamic Studies in 2010. He worked as program manager for Tobacco Control project at the Indonesian Institute for Social Development (IISD). He also a member of Public Health Council of the Central Board of Muhammadiyah, an one of the largest social movement in Indonesia. He has seven years of experience in public policy advocacies and public health campaign in Indonesia such as avian influenza outbreaks control, tobacco control, tuberculosis and maternal and neonatal health. He also involved in student organization and was a president at Muhammadiyah Students Association in 2008-2010.

He wants to concentrate in public health and social sciences and eager to upgrade his capacity in policy analysis and development theories. He also wants to further his understanding to Sustainable Development Goals agendas. After the completion in the IDS program he want to seek experience in International Development agency or continuing his education to doctoral level. 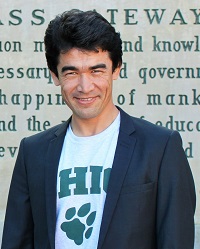 Mohammad Zia Sanaban is from Afghanistan and a Fulbright grantee. Zia is pursuing his master’s degree in IDS with focus in Social Science.

Zia has completed his bachelor’s degree in Electrical Engineering at Kabul Polytechnic University (KPU) in 2012. Since then, he has worked with several organizations in the development field in Afghanistan, which include national and international organizations. He took an interest in the development studies in 2012 when he began his first job as technical proposal writer at Appleton Consulting Inc.(ACI), a Canadian company provided consultancy services for construction companies in Afghanistan. His professional career gradually shaped ever since and he continued working in communication, fundraising and planning fields for the next five years.

Recently, Zia has worked with Coordination of Humanitarian Assistance (CHA), one of the biggest Afghan NGOs, where he managed fundraising, capacity development, and program planning. Zia has developed several winning proposals in CHA and other organizations (valuing over $ 20 million in total) in the field of construction, rural development, health, and capacity development. Such multidisciplinary work shaped his career as he applied for Fulbright scholarship and finally succeeded to secure that grant to pursue his graduate studies at Ohio University. 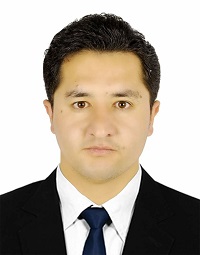 Mohammad Sakhi Hassany is pursuing a master’s degree in International Development and Conflict as well as a certificate in War and Peace Studies at Ohio University through Fulbright scholarship.

Sakhi has over 10 years of working experience with the United Nations and different national and international organizations in Afghanistan. His work experiences range from helping the grassroots civil society organizations with their strategic and business plans to community based natural resources management and conflict through United Nations and closely working with the government line ministries. Sakhi is interested in understanding the socio-politics behind the conflicts in Afghanistan and would like to help the Afghan government and communities come up with coexisting and holistic solutions, where everyone can live in peace and harmony.

He has received his BA in Political Science and Public Administration from the American University of Afghanistan. He is a distinguished alumnus of the NATO International School of Azerbaijan in Baku. Sakhi is also a 05-06 Youth Exchange and Study (YES) alumnus, a US Department of State high school and cultural exchange program, where he lived with an American host family and attended one year of high school in Fort Wayne, Indiana. He is interested in photography and playing different sports, especially, soccer and volleyball. 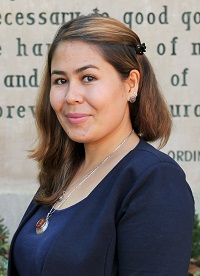 Safia Amiry was born in Kabul, Afghanistan and completed her bachelor’s degree in Business Administration from Rana University in Kabul. She started her career with Roshan Telecom Company in 2009 and later started working in Government Relations for the AKDN Diplomatic Office in Afghanistan.

For more than a decade Safia has volunteered with many civil society institutions in Afghanistan to help the humanity. She is the founder of Movement for Change where she and her team work in activities promoting women’s empowerment. Safia is also the co-founder of Street Angels, an organization which supports street children in getting education.

Safia has been awarded a Fulbright scholarship for a Master’s Degree in Development Studies at Ohio University. She is hoping to have a career as a development expert with the Afghan Government on her return to Afghanistan. 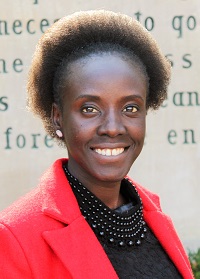 Gloria Dikun Taban Thomas has a bachelor's degree in Environmental Science and is currently an MA student in International Development Studies/Environment. She is an environmentalist with 5 year work experience with the Norwegian People’s Aid (NPA), South Sudan program. Gloria is from South Sudan and has lived in Kenya and Uganda, where she mostly attained her education from.

Gloria worked under Food Security and Livelihoods program, as Natural Resource Management/ Geographic Information Systems Officer with NPA South Sudan from 2012 - 2017. She worked in a project that involved mapping of natural resources using GPS technology and training local community about natural resource management. She is passionate about the environment and hopes to make a change in her country and globally in issue relating to environmental conservation and sustainable resource utilization. 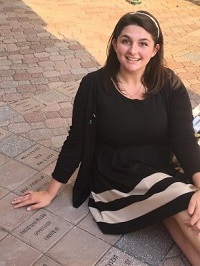 Lori Boegershausen is from Tampa, Florida. She is a graduate student pursuing a master’s degree in International Development with a concentration in social science. Lori graduated with a BA in History from Florida Gulf Coast University in Fort Myers, Florida.

Prior to her admittance to Ohio University, Lori served as a member on the National Standards Committee for the Real Food Challenge. On this committee, she and her research partner distilled and created a rubric for the fair trade category, which is currently in use for over 38 universities across the United States. After this, she served as a Fulbright English Teaching Assistant for Artland Gymnasium in Quakenbrück, Germany. She not only taught English and cultural lessons, but also volunteered with the Garden Club, Nature Club, and Youth Integration Center. It was through these experiences and others that she learned the importance of transformative education, fair purchasing, and collective organizing. Lori is enthralled to research deeper into these themes.