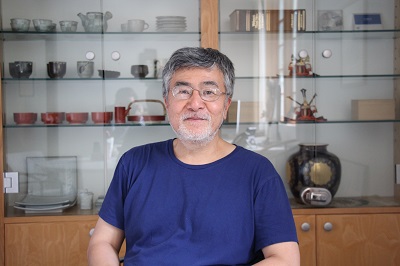 Takaaki Suzuki is the Director of Asian Studies and a Professor of Political Science at Ohio University. He received his B.A. in Government and East Asian Studies from Oberlin College, his M.A. in International Affairs and Certificate in East Asian Studies from the School of International and Public Affairs at Columbia University, and his Ph.D. in Political Science from Columbia University. His work is primarily in the field of International Relations and Comparative Politics, with a regional specialization in East Asia. He has conducted extensive research in Japan at the Ministry of Finance and the University of Tokyo through the funding of the Japan Foundation, the Social Science Research Council, and the American Council of Learned Societies. He held the Matsushita Postdoctoral Fellowship at Columbia University, and was a Visiting Scholar at the Reischauer Institute, Harvard University.

Dr. Suzuki's book, Japan's Budget Politics: Balancing International and Domestic Interests, is published by Lynn Rienner Publishers as part of Columbia University's East Asian Institute Series. The book examines the interplay of the international and domestic forces that have shaped Japanese macroeconomic policy. Some of his other recent publications include: Globalization, Finance, and Economic Nationalism: The Changing Role of the State in Japan; Administrative Reform and the Politics of Budgetary Retrenchment in Japan; Nationalism Identity and Security in Post Cold War Japan; The East Asian Developmental Model in the Era of Global Finance: The Case of Japan; Modernity and the Transformation of the Japanese State; Keynesianism, Monetarism, and the Contradiction of Japan's Modern Welfare State. His current project examines the rise of global finance and neoliberal ideology and its impact on the state and democracy in Japan.