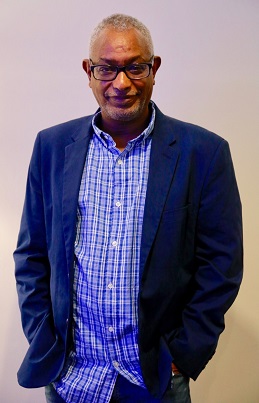 Ghirmai Negash is a professor of English & Postcolonial Literatures and the Director of the African Studies Program at Ohio University.

He is the founding-editor of the Modern African Writing Series, Ohio University Press; former founding-chair of the Department of Eritrean Languages and Literature, Asmara University; former President of PEN-Eritrea in exile; and past convener of the African Literature Association (ALA 2011). He was also a member of the ALA Executive Council; member of the Faculty Senate, and Vice-chair and Undergraduate Director of the Department of English, Ohio University.

Negash received his PhD from the University of Leiden in 1999. His research and teaching interests include postcolonial African and world literatures, critical theory, orature, and translation. His main writings focus on the literatures and cultures of the Horn of Africa and South Africa. A multilingual writer speaking several African and European languages, he publishes in English and his native language, Tigrinya.

He is the author and translator of several books of criticism, fiction, and poetry, including: A History of Tigrinya Literature in Eritrea: the Oral and the Written 1890-1991 (CNWS-University of Leiden, 1999); The Freedom of the Writer (Africa World Press, 2016); Who Needs a Story? (co-editor and translator with C. Cantalupo; Hidri and Africa Books Collective, 2016); At the Crossroads: Readings of the Postcolonial and the Global in African Literature and Visual Art, Lead Ed., (Africa World Press, 2014), and a translation of Gebreyesus Hailu’s novel The Conscript from Tigrinya into English (Ohio University Press, 2012). Originally written in 1927 and published in 1950, this stunning novel provides readers with an African literary response to Italian colonialism in Eritrea and Libya. Negash’s translation of the novel has been critically acclaimed for its elegance and for opening new theoretical space for the study of African-language literatures and their significance in and contribution to world literature.

His articles, translations, and essays have appeared in numerous academic and popular journals and books in print and online, including in Research in African Literatures, Biography, Imbizo, Teaching Life Writing Texts (MLA, 2008), “Two Lines,” and http://www.warscapes.com/retrospectives/eritrea/freedom-writer.

He presently advises a number of incoming and graduate students, and serves on many M.A. theses and PhD dissertation committees in the African Studies Program, the Department of English, and the Department of Interdisciplinary Arts.