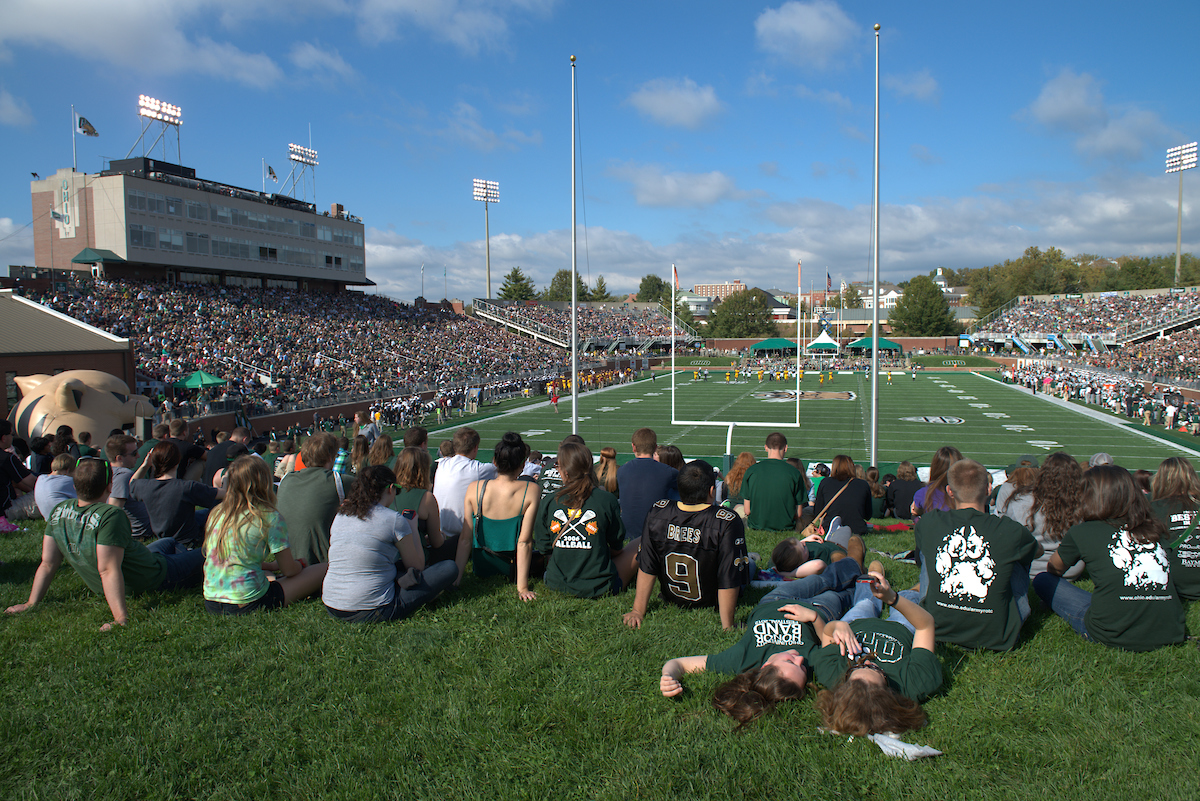 Peden Stadium is located in the Athletic Mall, coordinates F-6 on the campus map. It is marked as #103 on the map.

The stadium, then known as the Ohio University's Athletic Plant, was built in 1929 with two side units that seated 12,000 people. In 1986, major renovations enlarged the permanent seating capacity to 19,000. In 1990, the five-story tower was constructed. In 2001, the playing field was lowered and seating capacity increased to 24,000.

In 2009, in anticipation of the 75th anniversary of its construction in 2011, Peden Stadium was officially designated an Ohio Historical Site, and an historical marker erected in Drew Park.

The stadium was named in honor of Don C. Peden, a coach and director of athletics at Ohio University for 27 years. He was one of the founders of the Mid-American Conference and a national force in intercollegiate athletics, especially football and baseball. He was born in Kewanee, IL, and died in 1970 at the age of 71.