Professor Jayum Anak Jawan, the 15th Tun Abdul Razak Chair, hosted numerous special events at Ohio University during his time serving as the Chair. Each of the links below provide additional information on several of these events. 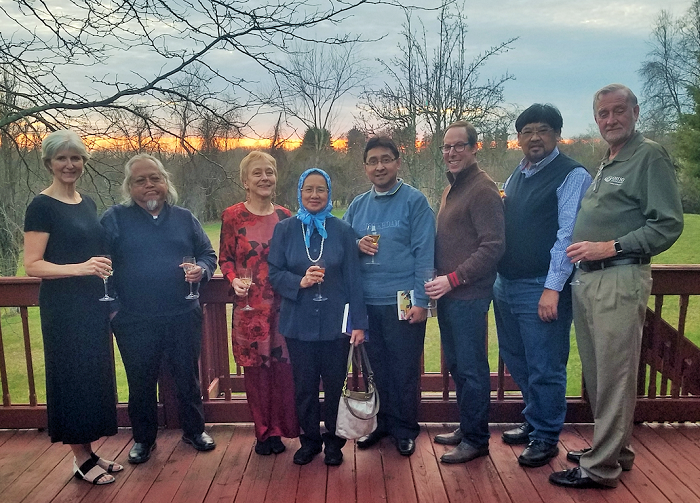 The Tun Abdul Razak Chair played host to visiting top management from UPM who was represented by its Vice Chancellor, Prof. Datin Paduka Dr. Aini Ideris and UiTM, who was represented by its DVC (Academic and International), Prof. Dr. Ir. Suhaimi Abdul Talib on behalf of Vice Chancellor, Prof. Datuk Dr. Hassan Said.
The honored guests arrived at Ohio University a few days prior to the International Conference, and were guests of OHIO Vice Provost for Global Affairs & International Studies Dr. Lorna Jean Edmonds. Their programs were filled with site visits and meetings with OHIO’s faculty/ centers/ institutes that shared similar interests with UPM and UiTM.

The first book was released during the March 24, 2017 Welcome Reception for the Malaysia and The World international conference held at Ohio University.

The conference was designed to highlight Malaysia’s profile and role on the world stage by bringing together leading scholars from Malaysia, Europe, and North America. The intellectual academic exchange provided a venue for competing comparative perspectives on Malaysia and other countries. The highlights of the International Conference included keynote addresses by:

The conference also featured talks by leading American scholars who have done extensive work on Malaysia such as:

Other distinguished and notable speakers from Malaysia included:

Prominent faculty from Ohio University also participated and enriched the discourses by bringing their diverse experiences of doing research on similar themes in the US, Europe and Africa.

For additional information on the conference and a full schedule of events, please click here. 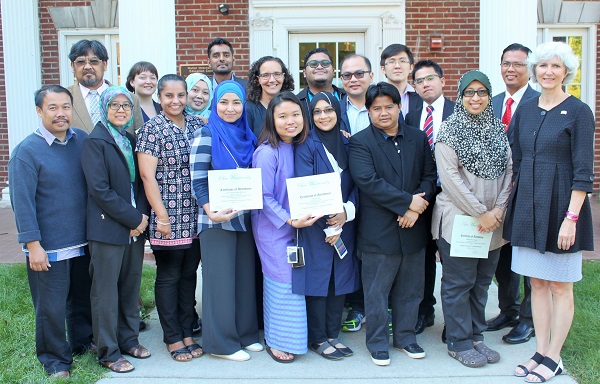 On Sept. 14-17, 2016, Ohio University hosted the Graduate Colloquium on Malaysian Studies. Coordinated by Tun Abdul Razak Chair Jawan Jayum, the Colloquium brought together 17 graduate students from around the world who are completing research in various fields with a Malaysian focus.

Please click here to read more about the Colloquium.

Ohio University was honored to the seminar, “Empowering Women: Experiences from Malaysia” on Tuesday, Aug. 23, in the Yamada International House.

A graduate of OHIO’s Executive MBA program, she been recognized by the Malaysian government for her leadership through serving in roles such as the President of the General Conference of Methodist Women, Methodist Church of Malaysia, General Manager of the Sibu Water Board and leading several and social organizations. 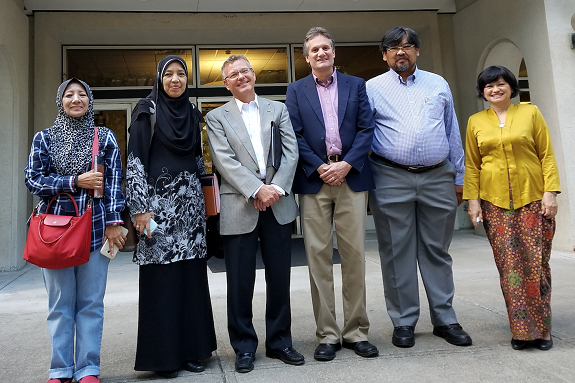 On Aug. 21-22, 2016, Razak Chair Jayum Anak Jawan played host to the Director General of the National Library of Malaysia, Hjh. Nafisah Ahmad, and to the Senior Deputy Director, Ms. Chin Loy Jyoon. They had previously attended the International Library Conference 2016 held in Columbus, Ohio. Nafisah and Chin made the trip to Ohio Universiy after their conference ended in order to renew the National Library’s networking and commitment to work to build the Malaysia collection in Ohio’s Alden library.

At Ohio University, Nafisah and Chin were received by Dean of Libraries Scott Seaman and Jeff Ferrier, the Curator of the International Collection. They were given a briefing and a tour of the Southeast Asian and Malaysia collections. The guests were later treated to a luncheon by Ohio’s Vice Provost for Global Affairs and International Studies, Lorna Jean Edmonds. 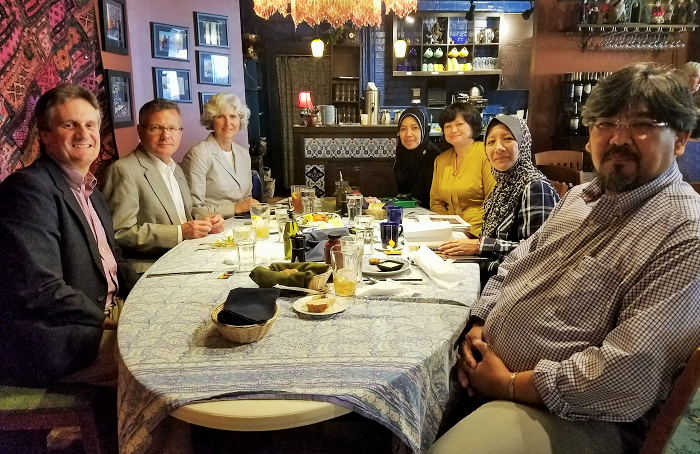 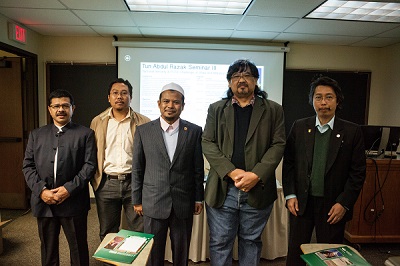 The seminar, held on April 10, was jointly organized with Malaysia’s Ministry of Internal Affairs and the Royal Malaysian Police. Speakers at the seminar included  religious teacher Dr. Zamihan Mat Zin from the Malaysian Ministry of Internal Affairs, senior police officer Wan Ruzailan Wan Mat Rusoff of the Counter Terrorism Unit of the Royal Malaysian Police, and Associate Professor Dr. Mohd. Hizam Hanafiah of the Wharton School of the University of Pennsylvania.

The speakers discussed topics including scenarios regarding the rise of the threat of Islamic States in Malaysia, what the public needs to know, and how the Malaysian authority is dealing with this threat to national security and peace.

The second Brown Bag Seminar on "Contemporary Development in Malaysian Politics" by Dr. Shamsul Amri Baharuddin was held on Wednesday October 13, in the Yamada International House.

The first Brown Bag Seminar was on "Understanding Malaysian Politics" by Dr. Jayum Jawan. It was held on Wednesday, September 30, in the Yamada International House.

Held in Yamada International House Room 009, the seminar attempted to provide tools by which to understand the dynamics and  dynamism of the new phenomenon in Malaysia politics. The talk focused on topcis such as Malay dominance, inter ethnic politics, and the role of Sarawak/Sabah  in national politics.