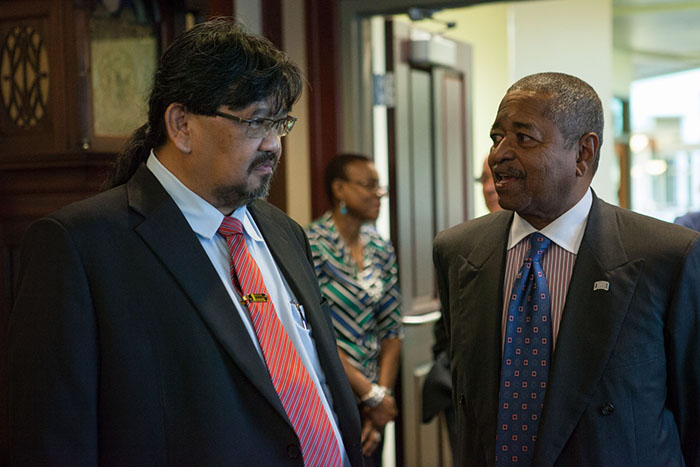 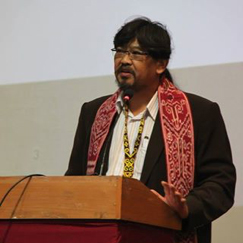 Jayum Anak Jawan, the 15th Tun Abd Razak Chair & Visiting Professor of Political Science, is senior Professor of Politics and Government at Universiti Putra Malaysia (UPM), Serdang (Malaysia) that he first joined in 1982. At UPM, he has been teaching various aspects of Malaysian politics, history and society. These areas have since the mid-1980s being developed into various required courses (liberal arts foundation) in public and private universities in Malaysia. In this, his involvement was to help develop the curriculum for Malaysian Politics and Ethnic Relations at UPM and also for the Malaysian Qualification Agency (formerly the National Accreditation Board), Malaysia that supervises and accredits universities in the country.

He researches, writes and presents papers on these themes focusing his analysis on the ethnic dimension of development or lack of it, ethnic relations and the electoral process as well as governance. To date, he has successfully supervised not less than 35 graduate students who have received their Master of Science and Doctor of Philosophy in Politics and Government and comprised diverse nationalities from countries such as Iran, Libya, Nigeria, Indonesia, Bangladesh, Sudan, South Korea, Jordan and Algeria. Some of his foreign students have gone back to be a diplomat and hold important positions in the government of their respective countries. And some of his students from Malaysia are either presently holding or have held important positions in state and federal governments and its agencies as well as in national universities.

He currently sits in the sub-committee (as Deputy Head, Politics, Security & International Affairs Cluster) of the National Council of Professors, Prime Minister’s Department that engages both the government and non-governmental organizations as the former seek to provide objective input to the process of governance. He has also sat in the National Science and Research Council, Malaysia (Ministry of Science, Technology & Innovation) (2011-2013) and the curriculum sub-committee of the National Service Training Program of the Ministry of Defense, Malaysia (1997). Prior to coming to Ohio University, Jayum has also held visiting positions to the University of Hull (2004 & 2005), the Northern University of Bangladesh (2010) and was offered the same to the University of Leeds in 2011.