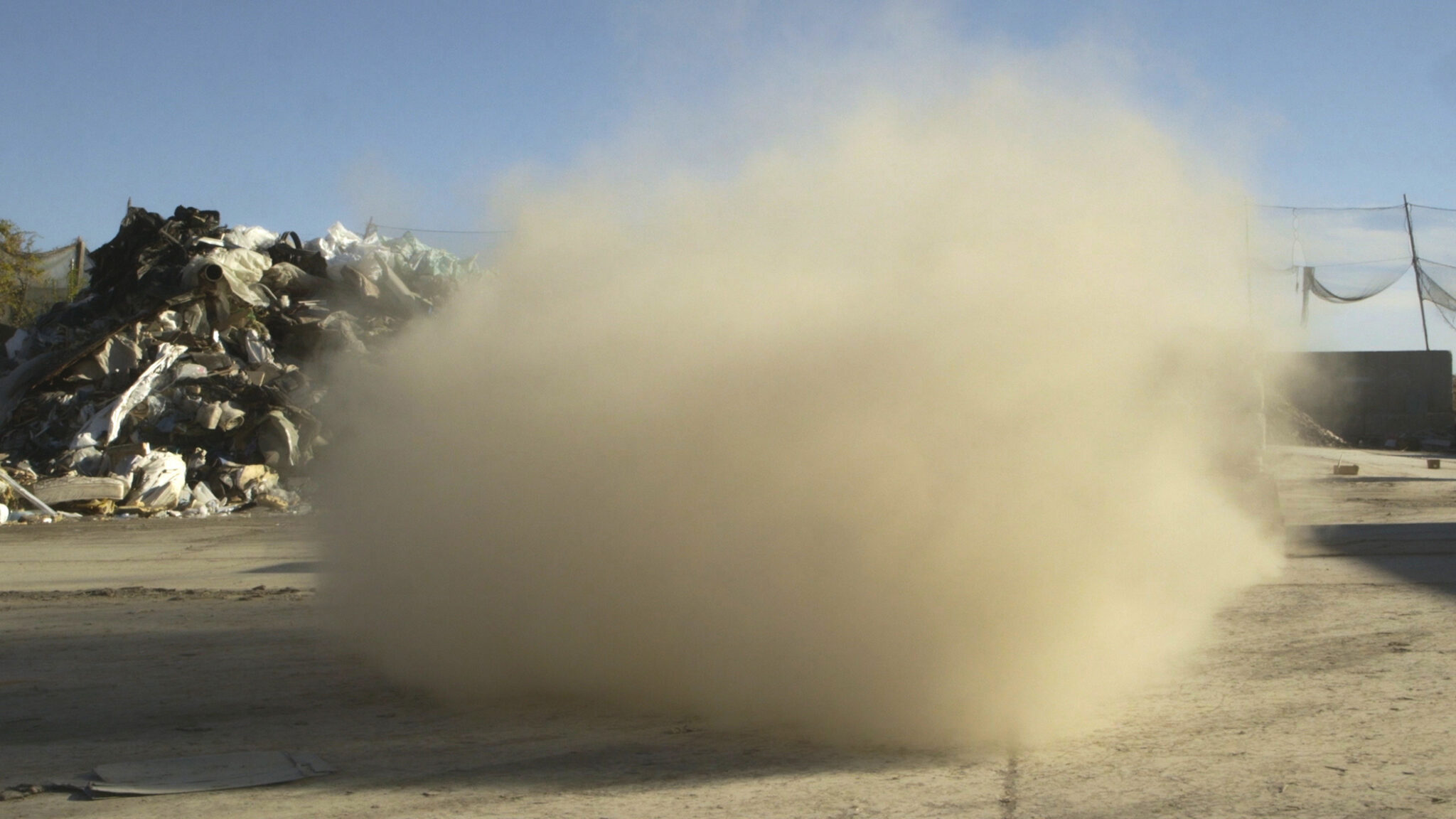 Sheep shearing was the inspiration for filmmaker J. Makary’s 2016 short film “This is Where Wool Comes From,” which screened at the 49th Annual Athens International Film + Video Festival (AIFVF), running April 1 through April 7.

Makary, one of four festival jurors, presented the film during her program at the fest on April 6.

“It came from a trip to the local store [in Skowhegan, Maine] where they had a poster up for sheep shearing classes,” Makary said. “The classes had already passed, but I was really intrigued by what sheep shearing might look like.”

Makary is currently in a doctoral program at Stanford and chose to highlight her scholarly and curatorial work during her presentation at AIFVF.

In her films, Makary combines elements of journalistic storytelling and dance using “feral editing.” She discovered this method of editing through her dance background, where she found she was cutting clips together that didn’t always adhere to the rules and instead reflected the movement in the frame.

“When I did a little bit of research, I discovered that [sheep shearing] is actually a choreography,” she said. “The steps to industrialize sheep shearing are done in a specific order, over and over again … that are designed to calm the animal so that it doesn’t kick or struggle.”

Makary explained that in every take, herself as the sheep and her collaborator Angelo Madsen Minax, who played the sheerer, started off with these prescribed movements and improvised from there.

“We’re throwing out suggestions during the shoots, and just being responsive to all of that which was a very different way than I had shot my previous films,” she said. “It just radically opened up my practice and made things way more collaborative and, I think, a lot more fun for everybody.”

Before this project, Makary said she put a lot of pressure on herself to have all the answers as a director. “This is Where Wool Comes From” represents a pivot for her, and now Makary feels like she can make films that are both planned and responsive.

Assistant Professor of Film at Ohio University Lindsey Martin praises how the AIFVF supports experimental films. Martin explained it’s important to have festivals that feature experimental works because it can be more difficult to access in places that lack museums or galleries.

“The film festival does such a good job of showcasing narrative, documentary, and experimental film in the same space,” Martin said. “This mix of this work is so crucial because audiences can see how the different styles inform one another.”

Martin said she is moved by how Makary “respects the image and it’s power.”

“Her work is conceptual but is also masterful in terms of craft,” she said. “She takes a standardized set of movements for sheep shearing and flips it by replacing the sheep with a human. It becomes something else, something that feels so visceral with these close-ups and kinetic editing.”

Makary is also connected to her dance and journalism background outside of filmmaking. She tries to incorporate 15 to 45 minutes of dance in her daily routine and worked for “Another Gaze: A Feminist Film Journal” as she pursued journalism as an undergraduate student.

“There’s these different threads of keeping my filmmaking practice, all the skills from that, into these other roles,” she said. “It just feels like there’s a lot of ways that I could continue to be making work, whether it’s print based or film.”

“Doosan, Sea-Doo,” screened as part of the 2019 festival, was shot at an industrial recycling plant in Philadelphia and shows how dust “dances.” She said she was “completely thrilled” when her project was accepted and said she aligns with the festival’s appreciation for experimental film like her own.

Makary’s films also have screened at the American Dance Festival, Satellite Miami, SPACES Cleveland, Human Resources LA, and more. She was named a Pew Fellow in the Arts in 2013 and attended the Skowhegan School of Painting and Sculpture, a program she describes as “summer camp for adult artists.”

Makary said the renowned AIFVF has been on her radar for a long time.

“I came to the festival as a filmmaker in 2019,” she said. “And I had a blast. I just really love the environment. I love all the students that I met.”

Makary said she and other jurors are responsible for determining which films win the AIFVF awards. Learn about the 2022 AIFVF award winners here.