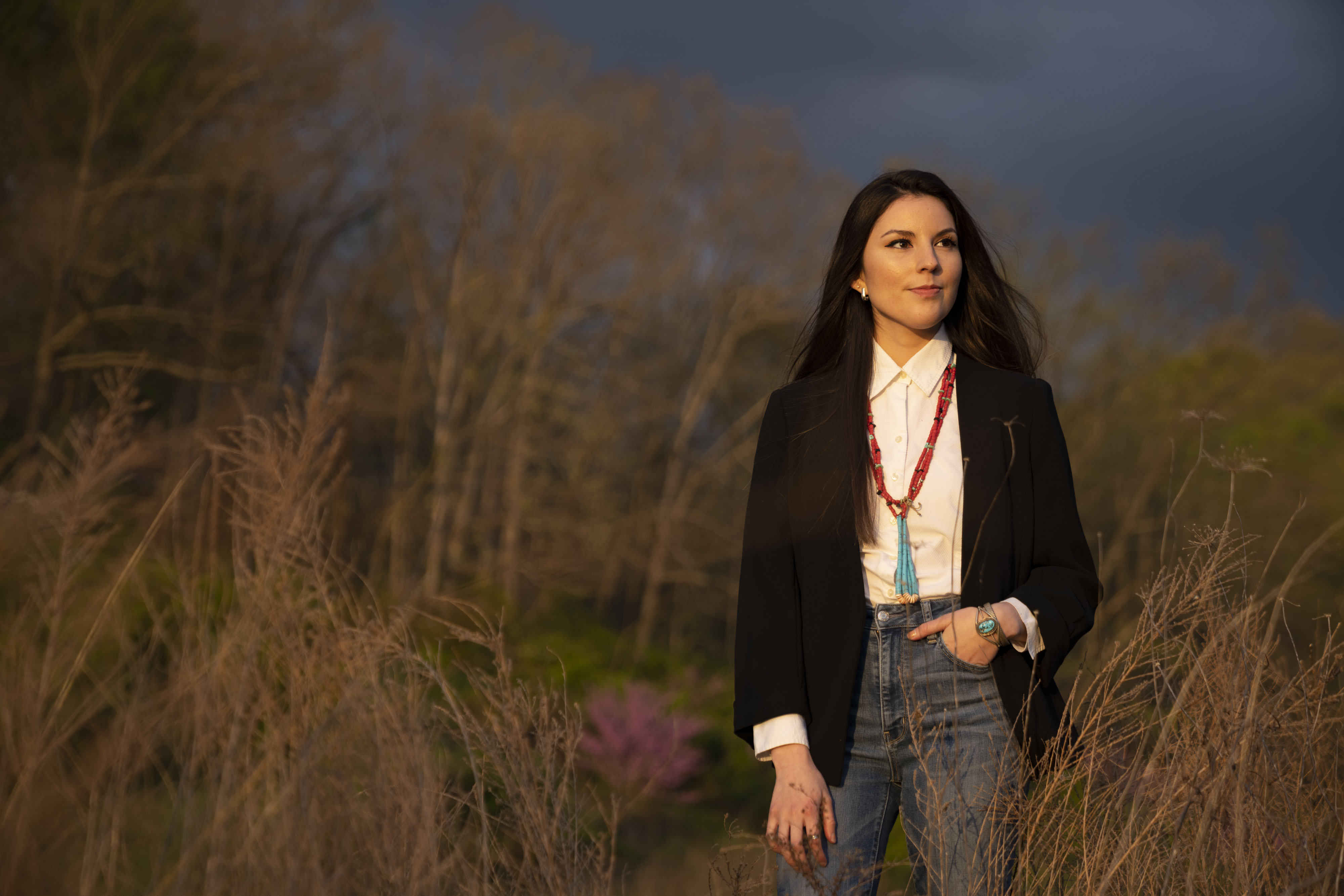 Sarah Liese walks around OHIO’s campus with the word "hózhó" tattooed on her forearm, as a reminder to see beauty in all living things.

“Everything that is alive — whether it has a heartbeat or not — there is energy,” Liese said. “Therefore, it is beautiful and should be treated with respect and tenderness.”

Native American Heritage Month is a time to celebrate diverse cultures, traditions and histories, and acknowledge the important contributions of Indigenous peoples. This month is also a time to learn about tribes and raise awareness about the unique challenges Indigenous peoples have faced both historically and in the present. A lack of knowledge and respect leads to the formation of myths, stereotypes, and half-truths.

Native Americans are a minority, which means our understanding of Native history and current society most likely stems from history class and popular culture, which is not always an accurate depiction. The remarkable achievements of these many Indigenous cultures are unique in human history.

“I wish people understood as much about Indigenous cultures as other aspects of American culture,” Liese (Navajo) said. Liese grew up in the suburbs of St. Louis, away from her tribal nation. Liese and her sister were the only two Native American children in their school.

“We grew up reading the same textbooks as my Caucasian peers, which glossed over Native history,” Liese said.

Liese explained that there is so much about her culture that she does not know but is trying to understand. At Ohio University, she has had the unique opportunity to work on her research with Dr. Victoria LaPoe, OHIO associate professor and Native American Journalists Association (NAJA) member.

“My eyes have been opened to issues unfolding that effect Indigenous communities today – issues that I never knew about being in St. Louis,” Liese said.

Liese said that she can express herself authentically at OHIO, without having to hide parts of herself. Although she has not met many other Indigenous people on campus, she has “met so many lovely souls who have raised my awareness about the diversity here and how to make others feel accepted.”

There are over 570 tribal nations in the United States today. In order to uplift their voices and change the narrative of false Native attitudes in our society, we must begin by being an aware bystander and champion for diverse voices.

Three actions to be an active bystander

Liese also warns people to think twice about the word "savage," as it is used frequently today in pop culture. “I think about the other song ‘Savages’ from the movie Pocahontas, where the colonizers are preparing to attack Pocahontas’ village,” Liese said. Though the Disney movie is far from an accurate representation, the idea behind the word justified colonizers’ reasoning to do what they did to the tribes in America.

“The more I come to learn more about my cultural background and other Indigenous cultures that are not my own, the more I come back to the word hózhó. There is beauty in everything. There is truth in places we may be too scared to look, but we should be curious. We should continue to learn with openness and acceptance.”

Read about concepts that Liese wished she learned in school in the articles below.