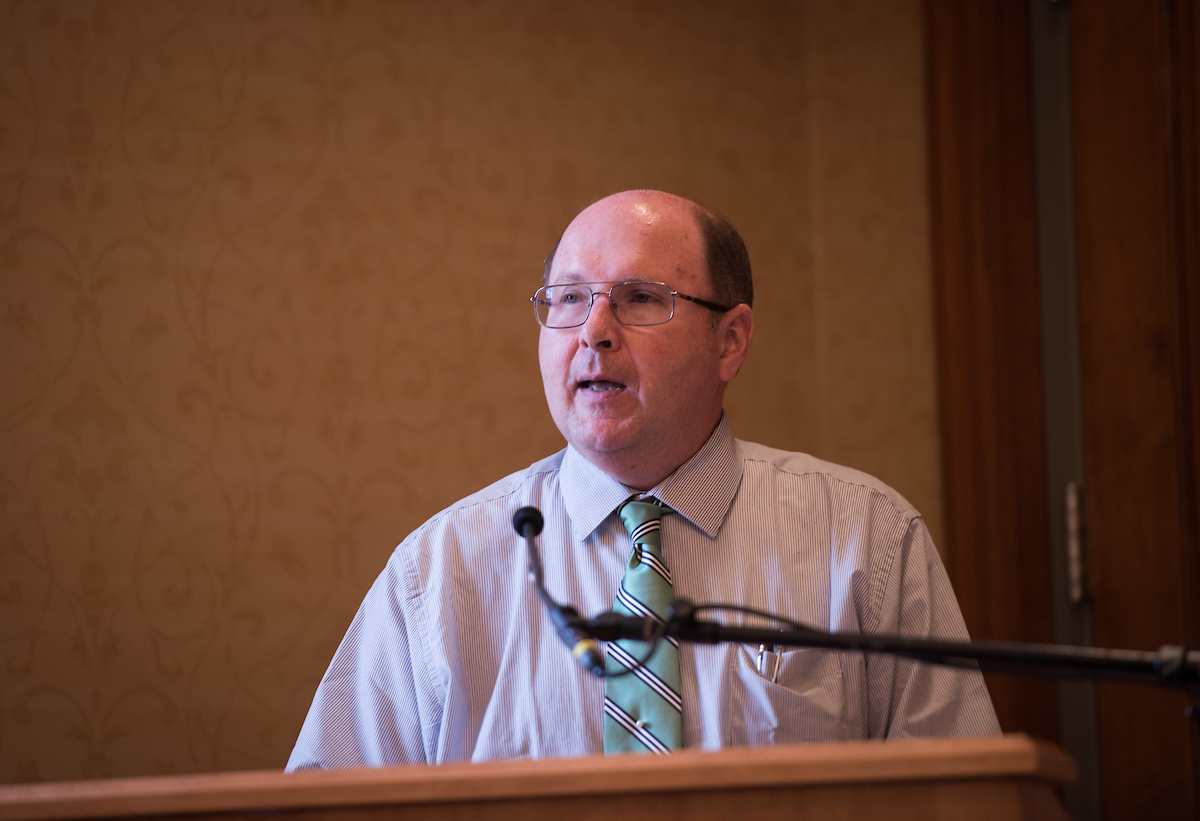 Dr. Dewald to return to chemistry research and instruction in the College of Arts and Sciences

After 35 years of service at Ohio University, Howard Dewald has announced his intention to return to his roots as a professor of chemistry in the College of Arts and Science.

Dr. Dewald, who is a tenured faculty member in the chemistry department at Ohio University, has spent the past eight years of his career serving as a member of the Executive Vice President and Provost’s senior staff as associate provost for faculty and academic planning.

“In his role as associate provost, Howard has provided leadership in policy development to support faculty in their work,” Executive Vice President and Provost Elizabeth Sayrs said. “Howard’s accomplishments increased the visibility of our University in many ways. His expert knowledge, outstanding work ethic, and great sense of collegiality will continue to make a lasting impact on his students and colleagues in the College of Arts and Sciences.”

Faculty recognition and development have been a large part of Dr. Dewald’s focus for the past decade. For example, since its inception, Dr. Dewald has been a liaison to the Mid-American Conference academic leadership program. He says he has enjoyed working with outstanding faculty, overseeing award selection for that program and other faculty award programs, like the Presidential Teacher and the Provost Award for Excellence in Teaching.

“We have such outstanding faculty at Ohio University,” Dewald said. “It has been an honor to work closely with many of them in a leadership role over the years to help them develop and grow to meet growing student needs and demands.”

Over the span of his OHIO career, Dr. Dewald has worked to create enhanced opportunities for faculty in the humanities through the humanities research fund. He also was involved in planning new building construction for landmark buildings on the Athens campus, including Walter Hall, the Bentley Annex, and the Life Sciences Building. Dr. Dewald said he is looking forward to teaching in the new chemistry building.

“In my new role, I will be reestablishing some scholarly activity. Over the years, I have also worked on gathering some historical artifacts that we can put in the new building and writing some of the history of the department and people who have been affiliated with Ohio University in lots of ways, from faculty to well-known students.”

In fact, Dr. Dewald has made a tremendous impact on students over the years at OHIO. He says it’s interactions with students throughout his career that have been most meaningful and productive.

“At the end of the day, students are the reason we are all here,” Dewald said. “Seeing the success of our students has always been a professional highlight. For example, last June I was so pleased that OHIO honored Dr. Jue Chen, one of my Honors Tutorial College chemistry advisees in the early 1990s, with an honorary degree for her international successes in the chemistry field. She’s also one of only three OHIO alumni elected to the National Academy of Sciences, and her successes have made me so proud.”

Prior to his role as associate provost, Dr. Dewald served as associate dean and then senior associate dean in the College of Arts and Sciences. In both capacities, he oversaw faculty, graduate studies, research, and space planning in the University's largest college. He also served as the interim dean of the college during the 2011-2012 academic year.

“Howard’s contributions to OHIO are many,” President M. Duane Nellis said. “Our students will benefit greatly from having him back in the classroom.”

Dr. Dewald received a B.S. in chemistry from the University of Wyoming and a Ph.D. in chemistry from New Mexico State University. His research in electroanalytical chemistry resulted in a substantial record of peer-reviewed publications. A recipient of the college's Grasselli Brown Faculty Teaching Award, Dr. Dewald has taught many entry-level and upper-level undergraduate and graduate courses. He has also supervised master's theses and mentored doctoral students.

“It will be a nice change of place to be back in the classroom,” Dewald said. “I am really looking forward to working with undergraduate students and collaborating with colleagues in research.”

Tags:
Office of the Executive Vice President and Provost
College of Arts and Sciences