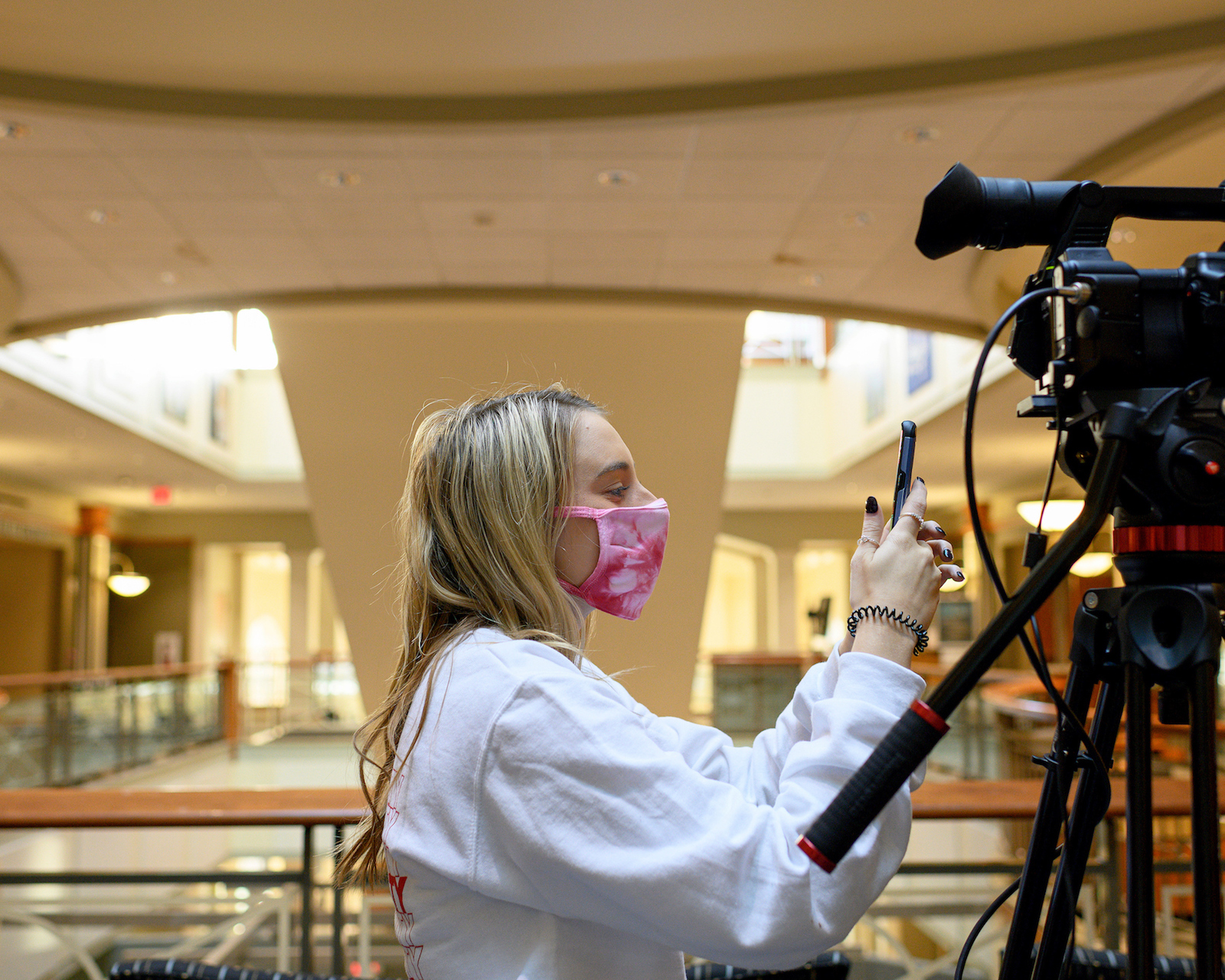 When the students involved with Brick City Records found out that they needed to go virtual this fall, the group had to think creatively to reimagine their goals for the year. The label’s first show this semester, the Brick City Premiere Pre-Game Party, was streamed completely online. The Sept. 5 show, which featured five artists, was considered a success.

“My first involvement with Brick City was great! It was an experience where I got to work with peers and learn from them,” said Kayla Burke, director of publicity for Brick City Records for the 2020 school year. “We were able to come together and keep interaction with our audience through virtual streams. After we were done with our first event, I had a sense of achievement and it was so nice to look back and think ‘we did that!’”

This year, Brick City has adjusted to the virtual atmosphere and continued to work with musicians and bands. Weiler Harmon, senior and A&R director, notes that transitioning to the online environment is “teaching everyone how to work in the industry and be adaptable.” Harmon relayed that learning to adapt to different situations in the music industry is a crucial skill. By having to collaborate and think of innovative ways to operate, the students are earning valuable experience.

Each school year, the label signs four artists. This year, Brick City will still sign artists, announcing their acts throughout October, and produce their music. Students have also successfully begun working on events and working on the production process.

Students in the School of Media Arts and Studies can utilize on-campus studios in a socially distanced environment. The group primarily conducts their production work in the high-end recording and mixing and mastering studios housed in the Radio-Television Communications Building. The Scripps College of Communication has provided the students with recording kits to utilize from home for further recording. Brick City also holds committee and department-wide meetings via Teams.

Senior Jordan Timko plays a key role in the production of the Twitch shows. Timko communicates with the artists and ensures that the streaming process runs smoothly.  Each lineup has 30-minute sets with multiple artists from a various genres throughout the night, separated by an intermission. Past artists have included Inoculous, BaileyRP, JoJomber, and Sun Boats. The events are advertised primarily on social media.

“I love hosting and being able to talk to our audiences in a more personal way than in-person shows. This whole experience has really brought together local artists and Brick City Records and gave us a different way of scouting for talent. Every week I try to make the show better from the computer graphics to the set itself. I never really thought that a hobby of mine could turn into this big project,” Timko said.

Burke also describes the online events as a great way to engage with Brick City’s audience and share new music and new artists. She is enthusiastic about the organization’s mission to promote up-and-coming artists to a wider audience. She also noted that the artists have their own creative freedom about where they perform. This allows their personal aesthetic to come through to viewers.

Student organizations such as Brick City are working tirelessly to adapt to virtual learning and provide opportunities for experiential education. Through much collaboration, Brick City has been able to successfully maintain their goals for the semester.