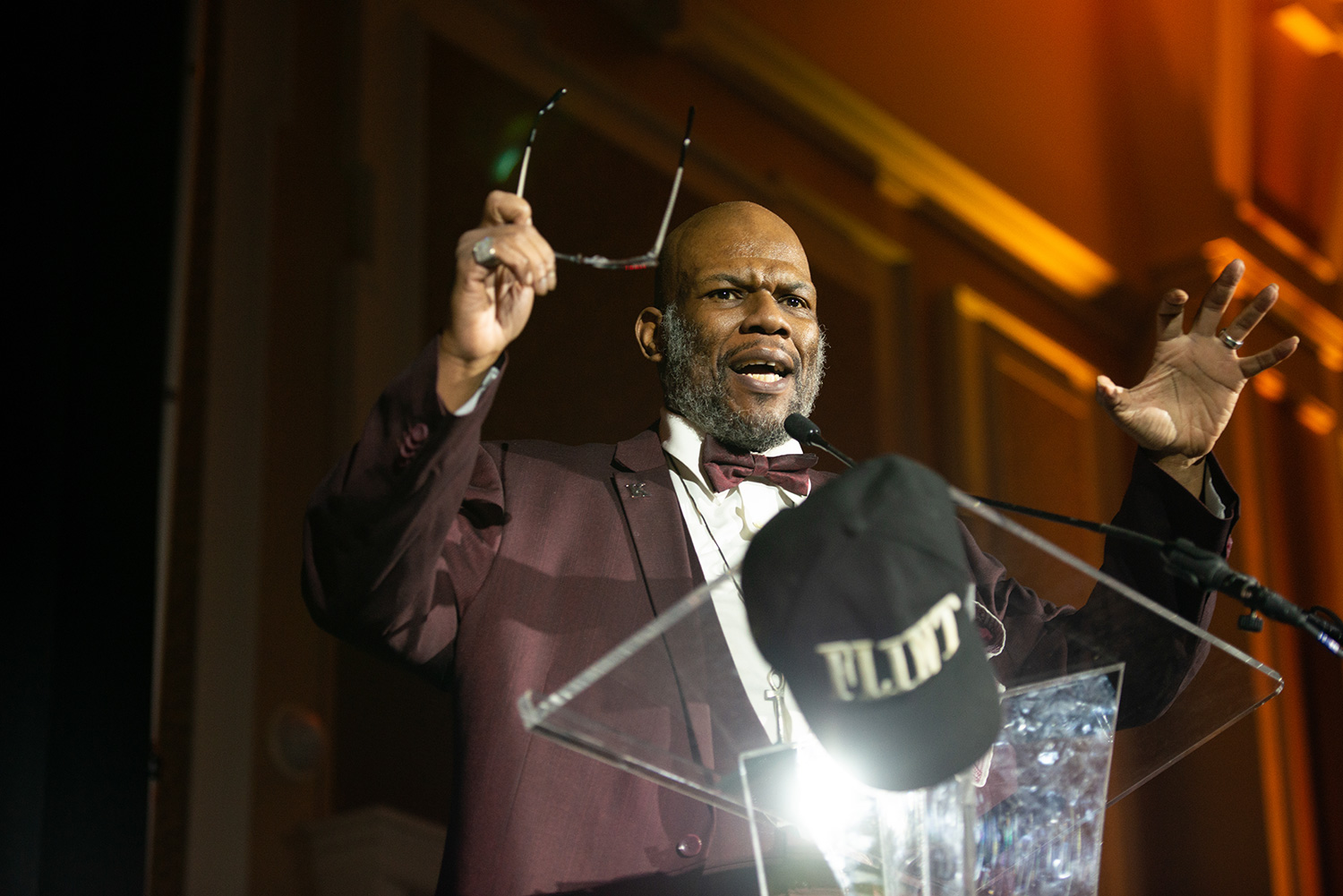 The annual celebration is sponsored by the Division of Diversity and Inclusion and planned each year by the MLK Jr. Celebration Planning Committee. OHIO administrators Tyrone Carr and Tamika Williams co-chaired the committee for the second consecutive year.

More than 250 people, including President M. Duane Nellis, Athens City Mayor Steve Patterson and Vice President for Diversity and Inclusion Dr. Gigi Secuban participated in the Silent March, which began at Galbreath Chapel on College Green and ended at the fourth-floor entrance of Baker University Center.

After the March, many of the participants attended the 20th annual MLK Jr. Brunch in the Baker University Center Ballroom.

Before Dr. Harvell spoke, President Nellis, Mayor Patterson and Vice President Secuban shared their thoughts on Dr. King’s legacy and encouraged the audience to follow his teachings on serving mankind and expressing love and mercy to others. The event also featured dance, poetry and singing performances, as well as background music from the local band, Otis Cochran and Company.

During his talk, Dr. Harvell told the audience that after King’s death, Americans have to deal with his unfinished business. He said there are still too many people without clean water and living in poverty.“When Dr. King was here he was strictly business, but now we’re dealing with his unfinished business,” Dr. Harvell said. “In one of his most powerful speeches he talked about the existence of two Americas.”

He said Dr. King described one America that was magnificent with great and ideal values highlighted by democracy, freedom, justice and equality. Dr. Harvell said King also talked about the real America, where there are people living in poverty without clean water and adequate food.

Dr. Harvell said he is always disappointed when he asks his students who is causing all the problems in America and their answer is the have-nots, a group that includes most of them.

“This happens because we (the have-nots) have been taught to learn from the master’s script that has been given to us by the haves,” Dr. Harvell said. “The most powerful thing is the world is to construct reality and have people accept it even when it’s to their own disadvantage.”

After some thought and reflection time, Dr. Harvell said the students eventually realize that maybe it’s the people who make the decisions in America - the haves – who are causing the problems that hold the have-nots back.

Dr. Harvell said we all just want to live a life with dignity and bring good to the world.

“If we are going to be critical about this thing, we have to figure out ways to break the system and that is what Dr. King did …” Dr. Harvell said. “He went to jail because he was willing to use his body to make a change. Dr. King was being critical of the American system.”

In closing, Dr. Harvell charged the audience to keep MLK Jr. Day alive and not forget the feeling they had during the MLK Jr. March or the ideas that he just shared in his speech.

“This should not be the end – don’t leave this place and this be the end,” Dr. Harvell urged. “Continue this, you can have your own walk later on. You should be meeting every week to discuss the ideas of Dr. King, W.E.B. Du Bois and Mary Church Terrell. You have time to do this!”