OHIO student among group that presented to U.S. Congress on Ohio drug epidemic 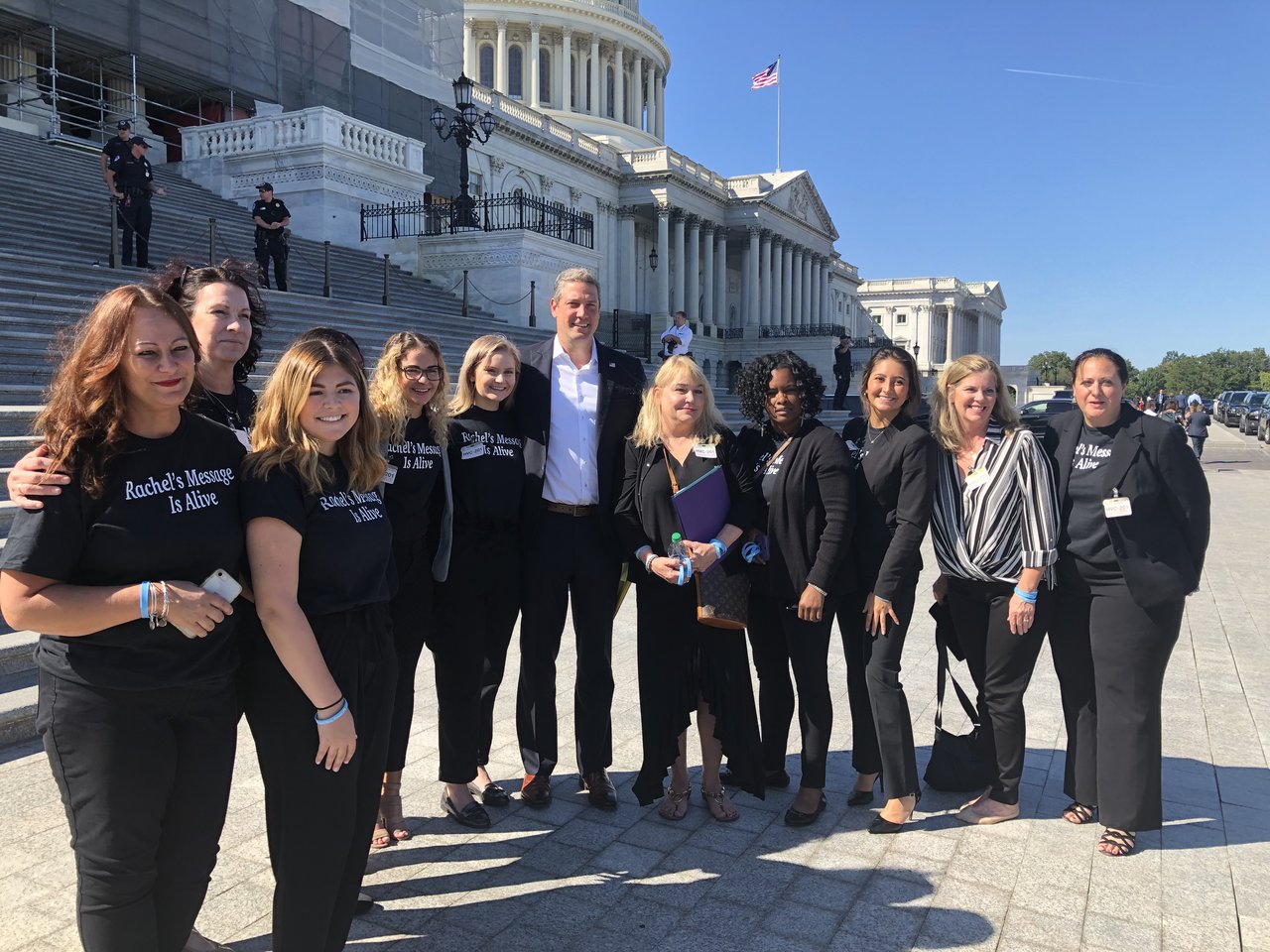 The pain. The shock. The tears. The funeral. It was all too much to endure for Rachel DeMaio’s family and friends. They knew they had to stick together, lean on each other and educate their community about the drug epidemic. Little did they know that community would grow to include the United States Congress.

The organization is named after their friend Rachel DeMaio who, when she was 17-years-old, died from an accidental drug overdose of cocaine laced with carfentanil, a synthetic opioid that is 10,000 as powerful as morphine.

“I lost my best friend to a poison more powerful than any other,” said Bender, an OHIO sophomore studying commercial photography. “It’s hard to not see her at my house every weekend, at holidays with my family, or even to just send her a simple message. Rachel’s Angels is here to keep her name and message alive. I will never let her story die.”

The mission of Rachel’s Angels is to stop young people from experimenting and becoming addicted to drugs through anti-drug awareness and education programs. Additionally, for those young people using drugs, the organization hopes to connect them to services which will help them sooner rather than later.

“The girls surpassed my expectations. Their voices have been so compelling and loud; their ideas put into actions,” said Rachel DeMaio’s mother and president of Rachel’s Angels, Cindy DeMaio. “I could not have done this without them.”

The Rachel’s Angels Drugs = Death curriculum is being taught in high school health classes in Akron Public Schools by “Angels,” student ambassadors of the program trained to present the curriculum. The group also recently partnered with the Cleveland Clinic and the class will be in a Cleveland school this fall.

Rep. Ryan attended one of their presentations in the Akron, Ohio, area and afterwards, he invited the group to speak to Congress to tell their story and ask for more support, according to Bender.

“It was a surreal moment,” Bender noted. “I felt a moment of bliss because this is one of many goals that we wanted to achieve. It really hit me when I listened to my friend's perspective Rachel’s death. She was crying so hard that she could no longer finish her speech to Congress. It was our job to finish it for her. I truly felt like I was surrounded with the greatest people talking about the most amazing person that I’ve had the pleasure of knowing.”

The group asked for funding and brought up the possibility for a law to be created in Rachel DeMaio’s name, The DeMaio Law. Bender explained the law would allow there to be harsher punishments for dealers who sell to underage teenagers and kids.

“They have truly turned a tragedy into a triumph,” said Karen Weber, Maggie Weber’s mother and vice president of Rachel’s Angels. “Each step of this path has had its challenges.  It takes an emotional toll to continue to share Rachel’s story, yet they do so with grace and dignity. It also is a true time commitment, often missing classes and rearranging work in order to present to their peers.”