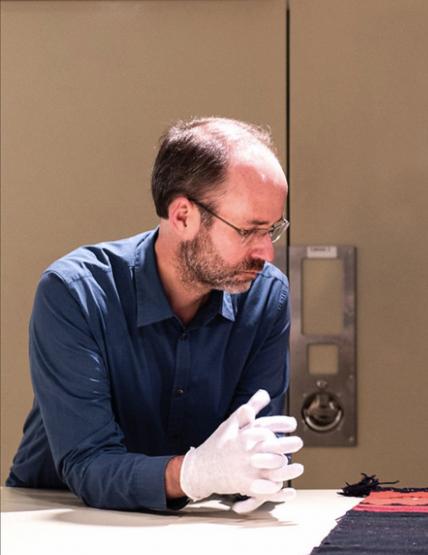 Bob Klein is the Executive Director of the Alliance of Indigenous Math Circles (AIMC) and Professor of Mathematics at Ohio University. Math circles are a way of connecting mathematicians and students/teachers to engage in beautiful mathematical problem solving. This is how Bob met the Fowlers and formed a partnership that has lasted seven years and served more than a thousand students and teachers with the help of more than fifty mathematicians from around the U.S. Bob was adopted by the Fowlers into the Tódich'ii'nii (Bitterwater) clan and, as such, sees this exhibit as a family project—an opportunity to learn and share together. Having grown up in Albuquerque and now residing in Athens, Kennedy Museum of Art and its collection bring together so many of his loves—the beautiful Ridges in Athens and the Kennedy’s extensive and diverse collection of Navajo weavings.